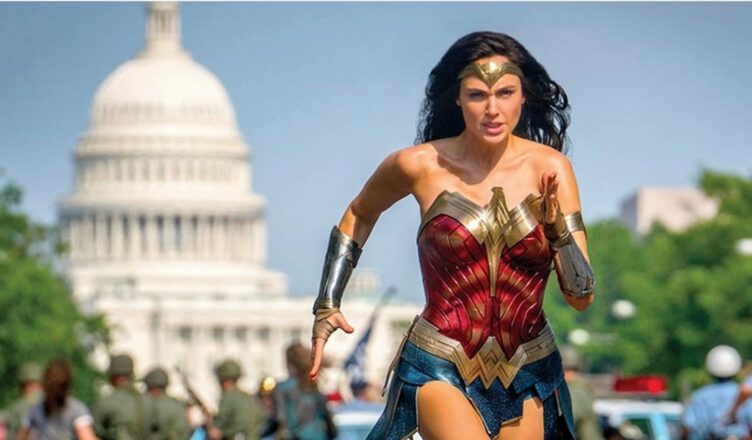 Running into trouble: The home release of ‘WW84’ could ignite widespread movie piracy.

In what could turn out to be a bitter irony, the scenes of an impending apocalypse featured in Wonder Woman 1984 might presage a real apocalypse brought about by the film itself that wreaks havoc across the modern movie landscape.

As everybody knows by now, Warner Bros announced in early December that it was going to release all its big movies over the next year at theatres and on its streaming platform HBO Max simultaneously.

It’s a bold move – some would say a stupid move – that annihilates the precious 90-day window that once existed between a film’s theatrical release and its release into the home market.

The decision has already been called out by two directors of big Warner films – Tenet director Christopher Nolan (he called HBO Max “the worst streaming service”) and Denis Villeneuve, whose highly anticipated version of Dune will be subject to the simultaneous release pattern. That’s not what he was expecting.

To say they are unhappy with the plan is an understatement, with Villeneuve stating: “There is absolutely no love for cinema, nor for the audience here”.

WW84 will be the first of Warners’ blockbuster slate to open in cinemas and online at the same time in the United States, where Covid-19 is running rampant and where most cinemas remain closed. Many have been pushed to the wall while others have closed permanently because of the virus.

Those cinemas that dare to open operate under closely policed CV-19 restrictions, including social distancing and greatly limited seating capacity.

So, given the choice – and the virus-affected social circumstances – what will the average filmgoer do?

Fans who dare venture into a cinema will be able to see WW84 in its full glory, including the option of seeing it in the super-large Imax format.

They will have to pay for their tickets, of course, and that will automatically include the risk catching CV-19 while watching the film.

After all, these Wonder Woman fans are going to be stuck in an auditorium for two and a half hours with a bunch of strangers in the middle of a pandemic that is claiming 3000 American lives every day.

The other patrons might be socially distanced and wearing masks, but what’s the bet that a single cough is likely to ruin that big-screen experience, regardless of how much hand sanitizer they’ve doused themselves in?

Or they can watch WW84 at home. For free. As many times as they can stand. With their family and friends. And in comparative safety from the virus. All they need is an HBO Max subscription, which will give access to WW84 for a whole month.

If most people go the streaming route cinemas across the US are likely to suffer hugely in the wake of WW84.

Many are likely to close down, and the reason is simple – you simply cannot play a blockbuster film in cinemas that do not allow full capacity and expect to emerge unscarred.

Big films need full houses. That’s the business model on which they depend. Deny full houses and the model breaks.

But the brazen move by Warners is driven by desperation and has little concern – or time – for tradition. Driving up subscription numbers for HBO Max is part of the rationale.

Well, that and hoping to make up for some of the huge losses the studio incurred during 2020 because of the cinema shutdown.

Along with cinema closures, another dark possibility looms with the home release of WW84 – a major resurgence in movie piracy.

The studios have always taken piracy seriously, even though piracy has tended to be small-scale and has thus rarely posed a serious threat to a blockbuster movie’s bottom line.

Right now, it’s a fair bet that movie pirates across the US are poised and ready to pounce upon the home release of WW84 on Christmas Day. And it’s easy to understand why.

Back in the day, pirating a new release film required sneaking into a cinema with camera gear and shooting off the screen – a risky endeavour and one that typically resulted in a poor quality copy.

But now, with Warners planning to deliver hot new release films such as Dune, Matrix 4 and The Suicide Squad directly into their homes, in HD, pirates have many more digital tools at hand to make high-definition copies.

Hence, high-quality dupes of WW84 could be available online within hours, the nightmare scenario being that WW84 will be available on hundreds of sites almost immediately – a piracy free-for-all making the film free for all.

Even allowing for take-down orders and water-marking, nothing can stop people who want to dupe films and share them with friends via offline means such as disks, USB sticks and SD cards.

Perhaps Warners has factored this in, projecting that the uptake of HBO Max subscriptions will vastly outweigh any loss through piracy.

It would be a minor miracle should that turn out to be the case, given how easy it is now to pirate films.

It would also be a miracle of a somewhat larger volume should America’s cinemas survive unscathed, an outcome that would surely prove the power of prayer.