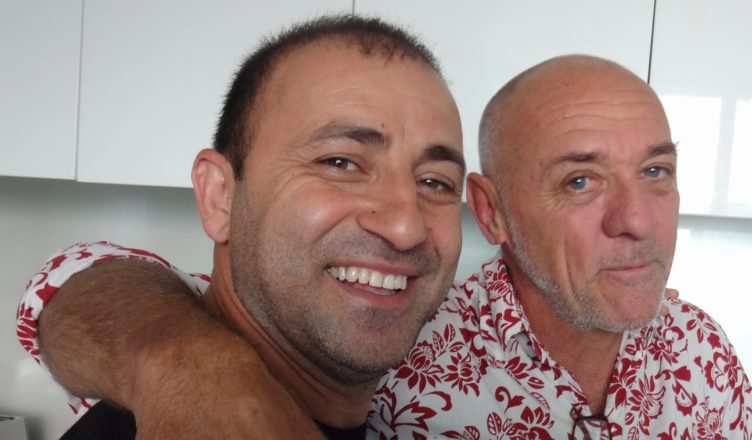 THE COMBINATION REDEMPTION *** (103 minutes) MA
In 2009 director David Field and actor/writer George Basha released The Combination, a tough, independent Australian film that dared to deal head-on with the issues of ethnicity and racial violence in Sydney’s western suburbs.

Now, 10 years on, comes the similarly bold, similarly themed sequel that follows the story of John (George Basha), a Lebanese Australian ex-con whose brother was killed by gang violence at the end of the previous film.

Working as a boxing instructor and still dealing with his anger issues, John becomes embroiled in the local underworld when a young, rather stupid drug pusher Mo (Rahel Romahn) stumbles into John’s orbit. Mo is being pursued by the henchmen of a local drug lord for a bad debt and they’re as violent as they are thick-headed.

Admittedly, the film covers much the same terrain as the first, with the major addition being the rise of the “real Australia” movement, with an ultra-right politician tapping into the fears and latent racism of locals by pushing the “this isn’t our country anymore” line.

Replete with swearing and a generous splattering of blood, Field – best-known as the hard-faced actor from Chopper, Two Hands and Gettin’ Square – does a solid job compressing a grab-bag of storylines, including a slightly superfluous romance, into a cohesive crime-drama.

Imperfections pepper the film: some of the dialogue is laboured, the swearing hits GoodFellas levels, and a few of the supporting actors are a little stilted.

Still, for the most part the film works, moving at a brisk pace as it rises to the challenge of confronting hot-button, contemporary issues.

Indeed, amidst all the film industry rhetoric of how Australian films are duty-bound to reflect Australian stories, both Combination films, Serhat Caradee’s Cedar Boys (released in 2009) and Abe Forstythe’s daring 2016 black comedy Down Under form a sub-genre of post-Cronulla films that face down the issues of tribalism in Australia’s suburbs.

A shame, then, that almost nobody knows about these films, which have not gotten anywhere near the audiences they deserve thanks to virtually nil marketing.

The Combination: Redemption falls squarely into an all-too-familiar pattern of good quality Australian films getting limited releases with almost no public profile, destined to be seen by a tiny audience before disappearing into the stream where it will hopefully find its people.

Shot in about three weeks back in 2017, the film’s production values are strong and certainly belie the movie’s meagre budget of less than $1 million.

These feats of low-budget filmmakers are worthy of special awards – think of how Last Cab to Darwin and Wolf Creek were made for less than $2 million – but for how much longer can local filmmakers keep spending years and years pouring their hearts and souls into making films that take two breaths at the cinema before being consigned to that special place in obscurity reserved for Australian movies?

These issues, and many others are covered in this interview with David Field and George Basha, who were in Melbourne to promote The Combination: Redemption.

The gents have formed a special creative partnership that allows them to keep making films, whatever the hardships of funding or production are.

In between the Combination films they made the 2014 prison drama Convict (now streaming) and are already planning their next movie, The Sentence, which they describe as a film about disability that is very different in style to their crime-dramas.

With a supportive fanbase in Melbourne and Sydney, Field and Basha feel they are in a good place, though they make clear the frustrations embedded in trying to get independent films made.