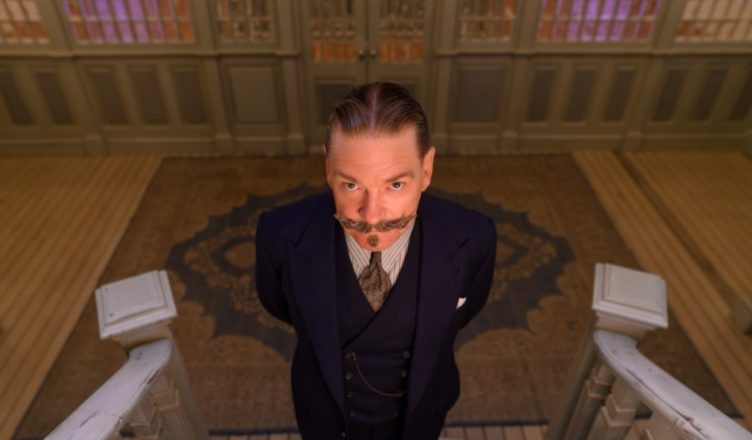 He’s back: Kenneth Branagh returns as Hercule Poirot in ‘Death on the Nile’

DEATH ON THE NILE ***1/2 (127 minutes) M
Those still in recovery after having endured Kenneth Branagh’s sluggish 2017 adaptation of Agatha Christie’s Murder on the Orient Express might well have good reason to regard the prospect of his take on Christie’s Death on the Nile with some trepidation.

Thankfully, all fears evaporate within the first few minutes as Death on the Nile unspools as a classy, top-shelf, escapist entertainment.

As far as old-fashioned murder-mysteries go it has all the traditional elements – lots of likely suspects; some great twists; things not being as they seem – bound together with a top cast.

After a punchy pre-credit WW1 sequence explaining Hercule Poirot’s mustache, we find Poirot (again played, of course, by Branagh with his fruity Belgian accent) in Egypt where he has been tasked by Simon Doyle (Armie Hammer) and his new wife Linnet (Gal Gadot) to keep an eye on Jacqueline (Emma Mackey).

Simon and Jacqueline were on the verge of marriage before she made the mistake of introducing him to her ridiculously beautiful friend Linnet, who Simon promptly, and understandably, fell for.

Now Jacqueline is harassing them, crashing parties and following them all over the place during their honeymoon, instilling in them the fear that jealousy could drive her to an extreme act of vengeance.

Stuck on an expensive paddle steamer as it cruises up the sun-kissed Nile, Poirot confronts a tangle of motives amongst the assembled group of well-dressed suspects as he guides us through his musings on who done it.

Never forgetting the golden rule that all good murder mysteries are ultimately intended as a bit of vicarious fun – as distinct from the current wave of true-crime dramas – Branagh’s direction is very straight and strong.

There’s a welcome emphasis on clarity of exposition so you never get lost in the plot; Branagh seems to love the explanatory scenes where Poirot’s thinking is detailed, verbally and visually. It’s quite engrossing.

The boat itself is very effectively used to heighten suspense; they’re all stuck on the vessel and nobody’s getting off until the killer is caught. Besides, out here in the beautiful desert there’s really no place to run.

With cinematographer and long-time collaborator Haris Zambarloukos on board (Thor; Sleuth; Jack Ryan; Cinderella; Belfast), the piece is beautifully photographed.

Making full use of its late 1930s period setting the digitally enhanced, time-adjusted locations are luminous while the confined space on the boat calls for some deft tracking shots and close-ups, the A-grade use of shadows, especially on faces, teasing out the tension as Poirot’s iron-clad logic closes in on the perp.

The film simply looks great and it’s no surprise to read in the closing credits that Branagh shot Death on the Nile on 65mm Kodak film. Without dissing the many advantages of digital filmmaking, the technology has not yet reached the point where digital can match the warmth, depth and texture of film.

Branagh’s take on Death on the Nile is pretty serious, certainly compared to the terrific, star-studded 1978 John Guillermin picture with Peter Ustinov having a bit more fun as Poirot.

Still, why do a remake if you’re not going to put your stamp on it? Branagh has certainly done that.

He also can’t be faulted for his casting, especially with the film’s female leads. The narrative is engaging enough, yet on top of that it doesn’t hurt one bit spending two hours looking at Gal Gadot, Letitia Wright, Emma Mackey and Sophie Okonedo.

As well as being talented, these women are so beautiful they make your eyes water. It might be illegal to say that these days, yet it’s obvious how carefully the cinematic traditions of old-school glamour are honoured whenever they move into frame.

Footnote: As with many other major release movies, Death on the Nile was kept on the shelf because of Covid. It was actually ready to go in late 2020.