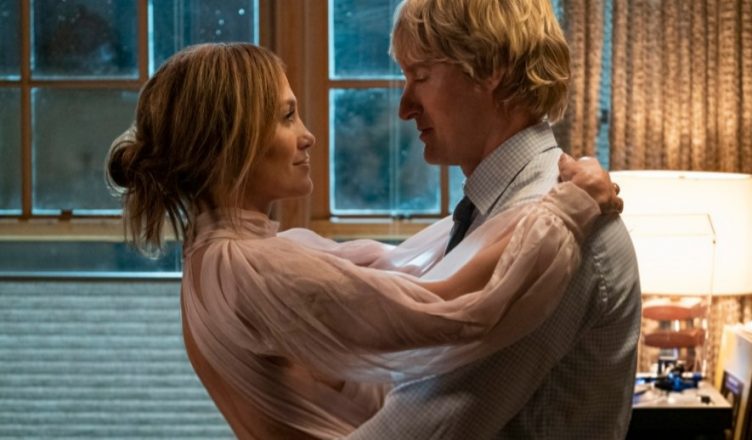 Two of a kind: Jennifer Lopez & Owen Wilson tie the knot in ‘Marry Me’

MARRY ME *** (112 minutes) PG
Behold Marry Me, a perfectly pleasant, crowd-pleasing, stamped out studio rom-com with the highly likeable presence of Jennifer Lopez and Owen Wilson offsetting the film’s ultra-predictability.

She was meant to marry fellow superstar Bastian (Maluma), but the rat was caught cheating on video, which went viral during the concert.

So, in a spontaneous act counter to her hyper-scheduled, pre-planned life, she marries Charlie who she spots unwittingly carrying a placard that says “Marry Me”, the title of the song she wrote for her cheese-eating ex.

It’s one of the more interesting rom-com meet-cutes we’ve seen in a while and the premise does lend itself to some funny, decidedly light stabs at celebrity and social media culture. There’s plenty of phone footage, online commentary and snappy, media savvy talk about “getting in front of this thing” and “controlling the narrative”. (That’s paraphrasing.)

These amusing barbs do remain on the safe side of satire, it need be said, and while there is some joking about the excesses of celebrity, the film never dares to actually strip Valdez of her celebrity and riches, something a bolder – and, no doubt, less popular film – would have done.

To wit; in one “intimate” scene – Valdez has had to instruct her ever-present videographer to take a break – Charlie challenges her to be alone like a normal person and be without all her assistants, and though she agrees the film doesn’t see the interesting idea through. A minor irritation.

As for the film’s high degree of predictability, that’s no shock given this is a well-oiled studio romantic comedy that abides closely to the Hollywood template, just like all of J.Lo’s other rom-coms, from 2001’s The Wedding Planner and 2002’s Maid in Manhattan onwards. (Was that the first big film to use “Google” as a verb? Just thinking out loud.)

Still, not too many rom-coms virtually tell you half-way through the film precisely how the movie’s final scene will play out. Marry Me has that distinction.

What really matters, of course, is whether the leads click, and they do. J.Lo plays the “Jenny from the Block” version of herself; you know, the street girl who wants to “keep it real” despite all her wealth and fame.

As for Owen Wilson, well, he plays Owen Wilson, charming us the way he usually does with his affable mannerisms, that boyish face and that unforgettable nose.

With good support from Sarah Silverman as Charlie’s colleague and friend – a lesbian, presumably to avoid any distracting romantic entanglements – and John Bradley (from Game of Thrones and Moonfall) as Valdez’s manager, Marry Me chimes in as a nice, light slice of rom-com fluff.

Only a curmudgeon would complain.