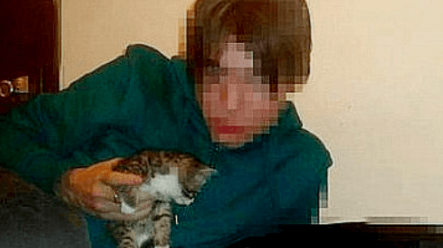 Dark deeds: a horrific case of online animal cruelty prompts a pursuit for justice in ‘Don’t F*** With Cats’.

DON’T F### WITH CATS: HUNTING AN INTERNET KILLER **** (three episodes; 186 minutes) MA
Those who have had their appetite for long-form true crime documentaries roused by the weird and wild exploits exposed in Tiger King should set aside an afternoon to catch Don’t F*** With Cats, an arguably more intriguing – and unarguably much darker – foray into the dynamics of murder.

Extremely well-directed by Mark Lewis, who follows the story chronologically in exacting detail, we are taken on a bell dive into the evil netherworld of the internet by two intrepid Internet hounds, Deanna Thompson and John Green.

A viral video of a young man suffocating two kittens disgusts them along with thousands of others, all of whom voice their outrage on forums using a lot of flaming, cussing and multiple exclamation points.

As the tide of vitriol subsides the two, who don’t know each other, begin wondering “what happens next?” For as the internet teaches us each day, expressing anger is one thing, actually doing something is another.

Determined to bring the perpetrator to justice they join forces and begin an online investigation, kicking off their pursuit by going over the video in forensic detail, looking for clues as to the person’s identity and location. Their followers volunteer information and research, turning the task into a truly communal, crowd-sourced endeavour.

The road to the truth is long and winding, pitted with clues and occasional burst of satisfaction as they inch closer to their quarry, a deviant who is aware of being chased and uses the presumed anonymity afforded by the internet to goad them.

But the killing of the cats turns out to be only part of the criminal picture as the diseased mind of their suspect becomes more and more pronounced. The final stretch of the chase is truly disturbing, falling squarely into the once-seen, never-forgotten category.

Released in December last year, the slow burn series has not received the attention it clearly deserves for its compelling narrative, visual panache and attention to detail, much of it in the form of Google searches and CC video.

It is certainly strongly recommended for anyone fixated by the life of Joe Exotic looking for a deeper, darker experience. Just beware; there’s a lot of unnerving, adults-only content that requires some fortitude to get through.