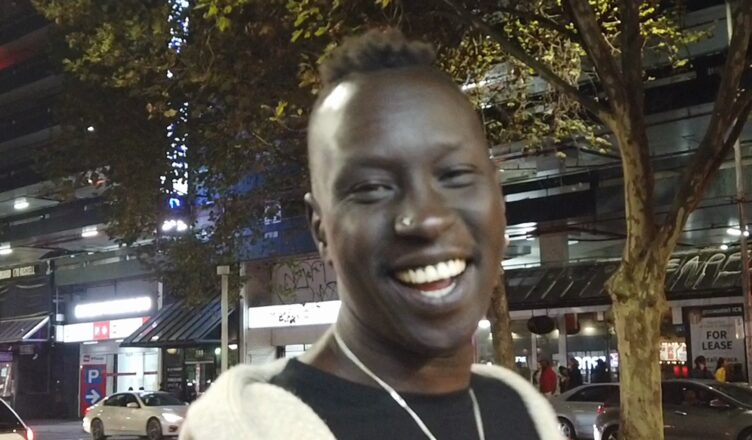 “My comedy is to bring people together, not to divide.” – Emo.

Having only taken up comedy seriously in 2018, Emo has become one of the fastest rising comedians in the country, and it’s not hard to see why.

Inspired by the inclusive comedy style of Dave Chappelle, Emo skates through his routine with a smooth delivery and a breezy affability, his love of crowd interaction in evidence from the get-go.

His connection with the Easter Sunday audience was immediate, gagging about white privilege, living in Footscray and then St Kilda, where neighbours in his apartment block were incapable of seeing him beyond their stereotypes of black men.

There is, perhaps inevitably, a lot of race-based humour in Emo’s set, including several well-aimed jabs at colonisation, which he sells in a relaxed mode that is never broken for the sake of didacticism.

He knows he doesn’t need to spell anything out, that the implicit message of his anecdotes is clear, such as when he is seen as a drug dealer or, in one of his funniest bits, an under-aged buyer of alcohol.

Positioning himself as a smiling, slightly hapless observer of urban cultures and the small, everyday clashes that occur, he also makes plenty of time for straight observational humour that showcase his skill at creating vivid scenarios and delivering nicely thought-through one-liners.

Emo also has the distinction of presenting himself both as a devoted father as well as a guy who enjoys the company of women. In stand-up you usually get one or the other, not the deuce.

Emo makes a hearty meal of both topics, covering the trauma of dealing with children going through the “terrible twos” and the experience of getting intimate with a white woman, the aesthetics of which produces one of his best lines.

Whatever his agenda might be, it’s cloaked in a chatty, confident persona that radiates warmth and welcome. As for the show’s title, it springs from his vivid and very funny illustration of how alien certain elements of new vultures can prove to be.

After his strongly received Easter Sunday show, Emo was kind enough to step out for a chat.

However, the city was busy as heck, and a quick survey of Chinatown and Russell Street failed to find an empty table in any of the restaurants or cafes, which were all buzzing with COVID-fatigued customers.

Finding the McDonald’s full, Emo, showing an eagle eye, spotted a nice, relatively well-lit place to speak in the alley between Hungry Jacks and the Shanghai Dragon Dumpling House.

It turned out to be a good choice. It wasn’t exactly quiet, but the street noise was quite manageable.

Born in Ethiopia and hailing from Perth , Emo says how the majority of those presently packing out his Festival gigs are white, though that’s not such a big deal for him; his focus is on throwing out the widest net possible.