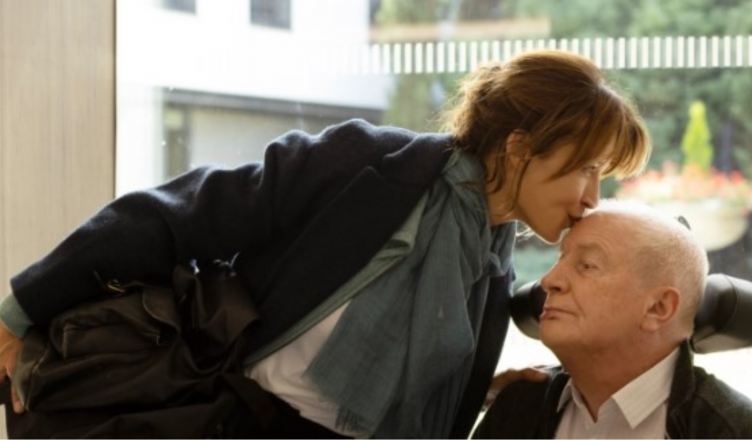 EVERYTHING WENT FINE ***1/2 (113 minutes; subtitled) MA
The ever-thorny issue of a person’s right to call it quits is worked over with insight, sensitivity and smatterings of humour in an unhurried, non-sensational, touching family drama, written and directed by François Ozon.

Having narrowly survived a stroke and still restricted to his hospital bed, ageing father André (André Dussollier) instructs his daughter Emmanuèle (Sophie Marceau) to help him end it.

With her sister Pascale (Géraldine Pailhas), and with little help or empathy from their unwell mother (Charlotte Rampling, adding to her formidable roster of fine latter-life performances) they quickly learn that such a desire isn’t allowed in France, so they set about arranging to have the procedure administered in Switzerland.

It’s an honest, balanced and beautifully performed piece that is careful not to fall into the trap of arguing one way or the other on the vexed subject of dying with dignity, and at the time of one’s own choosing.

While the case for André is strong, Ozon deftly injects subtle suggestions that he might be having second thoughts when he asks for a delay to the plan so he can attend an event.

Such doubt is foreshadowed by medical people who advise Emmanuèle about how people wanting medically assisted suicide often change their minds, and often at the last minute. It’s a significant story element that keeps the film from turning didactic.

We also have the mysterious, unwanted presence of a shadowy gent called Gérard (Grégory Gadebois), whose attempts to visit André suggest an untold chapter in his life.

Wisely, Ozon keeps the truth about the full nature of their relationship close to his chest in a film that filters a raft of topical discussion points through a moving human drama.

Perhaps most admirable is the film’s brief to contribute to an important conversation about end-of-life treatment, rather than to try and win a debate.

The film is based on the novel by the late Emmanuèle Bernheim, a noted writer who penned the screenplays for Ozon’s 5×2 and Swimming Pool.

STOP PRESS: Today (Thursday 19 May, 2022), after 20 years of debate, New South Wales legalized voluntary assisted dying, the last state in Australia to do so.