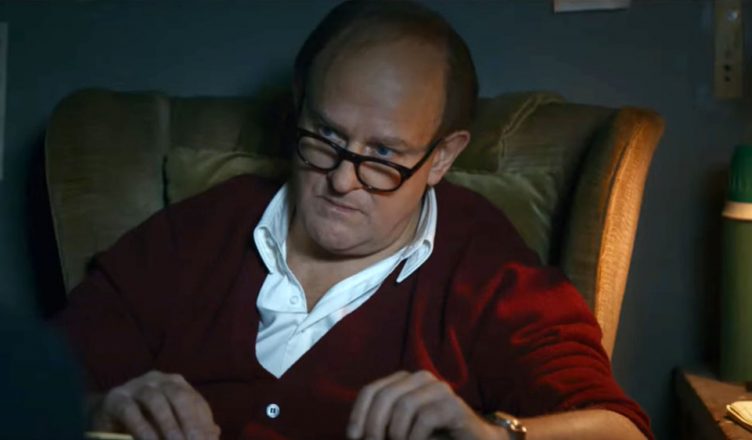 TO OLIVIA **1/2 (94 minutes) M
As well-intentioned and well-acted as it is, this try-hard little melodrama ultimately suggests that of all the ways to deal with the soul-shattering loss of a child, the best is undoubtedly a king-sized double dollop of professional success.

With somewhat pedestrian direction by John Hay – who, with David Logan, adapted the book An Unquiet Life by Stephen Michael Shearer – the low-budget film tells of the emotional struggle British author Roald Dahl and his Hollywood actress wife Patricia Neal endured following the death in 1962 of their seven-year old daughter Olivia to measles-induced encephalitis.

It’s a pretty grim telling as Dahl (Hugh Bonneville, apparently doing his best impersonation of Jim Broadbent) struggles to write a kid’s book that will sell while Neal (Keeley Hawes) pores through scripts hoping to pump some oxygen into her flagging career.

The absence of Olivia (Darcey Ewart) reverberates through everything as they try raising young Tessa (Isabella Jonsson) and Theo (Alfred & Thomas James Hardy) in their pictureque country home, which features a spacious interior and Dahl’s cute, stand-alone writer’s cottage that appears much bigger on the inside than what its exterior suggests.

The beats are largely by-the-numbers, though Dahl is shown to be quite the emotional buckethead when Neal tries being supportive.

The film focuses on a key creative period in their lives: Dahl is immersed in the painful creation of his classic Charlie and the Chocolate Factory while Neal has to be persuaded by American director Martin Ritt (Conleth Hill, providing a nice portraiture) to appear opposite Paul Newman (Sam Heughan) in Hud, the role that nabbed her a Best Actress Oscar.

While there’s no question how success can help ease the pain that comes with loss, here their respective triumphs are seen almost as a liberation from their trauma. It obviously wasn’t intended, but it does leave the film with a sour aftertaste.

Veteran British actor Geoffrey Palmer has a brief and punchy role as a devout priest who tries vainly to comfort Dahl and Neal. It’s a notable turn, and Palmer’s final film performance before passing on in 2020, age 93. Vale.

LAST SEEN ALIVE * (95 minutes) M
None but the hardiest Gerard Butler fan will be able to issue all the free passes necessary to make it through his latest, and probably his weakest action opus.

Look, the opening stretch is quite OK.

Will Spann (Butler, playing the world’s most unconvincing real estate developer) is driving his cheating wife Lisa (Jaimie Alexander) to her parents’ abode so she can take a breather from their flailing marriage.

While at a fuel stop Lisa goes missing and Will becomes increasingly frantic, checking every corner of the site bewfore desperately calling local detective (Russell Hornsby) for help, which of course can’t come fast enough.

Everything proceeds quite nicely and follows the line of common sense as Will seeks out clues until – ta-dah! – we get to that point where you think, “OK, now is the time to call the cops back and share with them all the juicy new information you now possess”.

But what next? Does he do the sensible thing? Or does he push the whole shebang – that right up till now was quite acceptable multiplex mulch – into the realm of the ridiculous and laughable? Take a wild guess.

The low-flying standard of the direction by Brian Goodman can best be summed up by the golden moment when a tracking camera shot pauses to focus on a cannister that has FLAMMABLE emblazoned on it. Take a wild guess what happens soon after.

Worse still, Last Seen Alivefeatures what easily ranks as one of the most unconvincing digital explosions we’ve seen in movies so far. The dubious practice of trying to replace practical effects with low-rent digital shortcuts does not do much to convince an audience that the filmmakers are taking their gig seriously.

Ultimately, Last Seen Alive ends up being a tale of two shirts.

The shirt worn by Butler bears the brunt of his gruelling adventure, getting soaked in sweat and soiled by all manner of grit and grime.

In staggering contrast, the lovely blue business shirt worn by Hornsby doesn’t get so much as a scuff mark. There’s no blemish or perspiration stain even though he’s in the thick of it, running about, interrogating grubby, blood-smeared suspects and such like.

As an actor Butler is no great shakes and he is still very difficult to understand, especially when puttintg on an American accent (thne film could have benefitted from the occasonal subtitle, especially when he gets loud).

Still, to his credit the guy has knocked out quite a few solid action pics, both as actor and producer: Hunter Killer; Olympus/London/Angel Has Fallen; Greenland; Den of Thieves, etc.

Sadly, Last Seen Alive is unworthy of such esteemed company.

After being turfed from her job, Gina (Sally Phillips) uses her business acumen to save a failing cleaning company by using it as a front to provide sexual services to middle-aged women.

There’s nothing wrong with the 1960s Carry On British sex-comedy premise, but the execution is flaccid, lazy and oh-so-unfunny, thanks largely to a myriad of story holes – so, how many men are administering all the nookie? – and performances so wooden you could use them as fencing.

And this despite a top cast. Sally Phillips (Veep; so good in Smack the Pony), Erik Thomson (Packed/Back to the Rafters;800 Words) and Alexander England (Little Monsters; Down Under) have shown they can all bring the funny. Just not here.

A misguided, off-beam shemozzle from start-to-stop, How to Please a Woman is a wholesale embarrassment to behold. Written and directed by Renée Webster, who also did the ABC comedy series Aftertaste, which wasn’t half bad and showcased the talents of Erik Thomson in a much more favourable light.