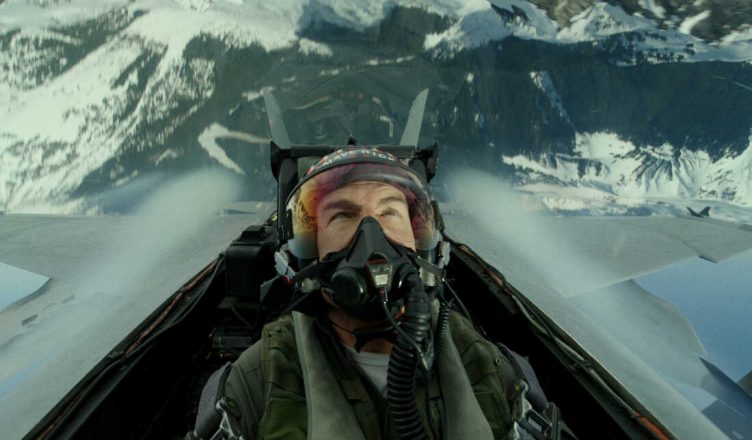 Gunning it: Tom Cruise takes to the skies in ‘Top Gun: Maverick’.

The advent of Top Gun: Maverick arrives both as a fabulous, crowd-rousing splash of great, emotionally grounded high-flying action entertainment and as a prime case study of how to make a sequel properly, here respectfully factoring in the fanbase that has enveloped the planet since the first Top Gun was unleashed in cinemas way, way back in 1986.

We find hotshot test-pilot Maverick, played of course by Tom Cruise, given the onerous job of returning to the Top Gun training program to whip a new batch of young hotshot pilots into shape.

There are a host of reasons why Top Gun: Maverick is so much better than the original film. One of them is that, unlike the first film, there is an actual, pressing, time-sensitive reason for the training.

The mission: America has to destroy an Iranian nuclear facility before it goes online and only the very best pilots will be able to negotiate the jagged terrain where it is situated.

The aerial sequences are superb, thanks largely to the screamingly obvious fact that the cast are there in real cockpits as real F-18 jet fighters churn and burn, twist and twirl all about the landscape.

God bless Tom Cruise for long championing the concept of practical over digital, twigging decades ago that people like to see their stars do the heavy lifting in action scenes and don’t like the plastic look of digital effects, which always screams “fake”.

Given that it’s not possible to make a film of the scale and character of Top Gun Maverick without any computer assist at all, the film’s spectacular action sequences has that realistic texture you can’t replicate with computer generated imagery. Not yet, anyhows.

That aside, what ultimately makes the enterprise hang together and work so wonderfully is the attention given to the personal throughlines.

The primary one involves Maverick’s prickly relationship with Rooster (Miles Teller). He’s one of the pilots Mav had to train and is the son of Mav’s best friend Goose (Anthony Edwards), who died in Film One (is there anyone on Earth who doesn’t know that?).

Slowly and carefully revealed during the film is the thorny backstory Mav and Rooster share.

Parallel to this is the presence of Mav’s former adversary Iceman (Val Kilmer), though he’s now known as Admiral Tom Kazansky, Commander of the Pacific Fleet. The scene between him and Mav is pure gold.

Amidst all the big-movie moments designed to elicit applause, laughs and gasps, their on-screen encounter is likely to stun audiences into a reverential hush, broken only by sniffles as even the toughest nut shed a tear.

For making all the touchy-feely stuff work so damn well, kudos to director Joseph Kosinski (who directed Cruise in the sci-fi epic Oblivion ), and screenwriters Ehren Kruger (he penned Transformers 2, 3 & 4), Eric Warren Singer (who wrote American Hustle) and Christopher McQuarrie (wrote The Usual Suspects; wr/dir MI 5 & 6) for making sure the film had heart.

Unfortunately, as terrific and highly polished as the film is, there’s a fly in the punchbowl, being that the big mission they’re training for sounds way too much like the attack on the Death Star from Star Wars; that is, hitting a tiny target after flying through a trench.

Given how hard Cruise and his crew have worked to make the film click on so many levels, it’s disappointing they didn’t put their heads together and go that extra little bit to think up a more original mission. Even the graphics used to explain how the attack will happen look like a direct lift.

That’s the only real snag in Top Gun: Maverick, and it’s debatable how much young folk will care. Chances are they’ll take it as an homage.

Despite all its flaws, time has framed Top Gun as a near-perfect expression of the flash-over-substance ethos that defined so many big movies of the 1980 and 1990s. Top Gun: Maverick improves on the original in almost every regard, building on the nostalgia for the original to deliver a blast of a film. All up, it’s top stuff.

And while Top Gun made Tom Cruise a movie superstar, Top Gun: Maverick affirms his mega-wattage, not just because of the film itself, but because it survived two years of Covid.

Unlike other major films that were streamed simultaneously with a limited cinema release (Dunre; Wonder vWoman, etc), Paramount was so confident in Cruise’s massive drawing power the studio agreed to wait until people could see the film en masse at the cinema.

And keeping a film like this on ice for two years is a very expensive exercise, with the film sitting on a shelf instead of earning money. The studio is obviously expecting the film to make a billion or so, which is almost what the first one made (in adjusted dollars).

On top of all this, let’s not forget how Cruise was allowed to go ahead with his Covid-affected production of his next Mission Impossible adventure even while Top Gun 2 was on hold and not earning a cent for the studio. Talk about having faith in your talent.