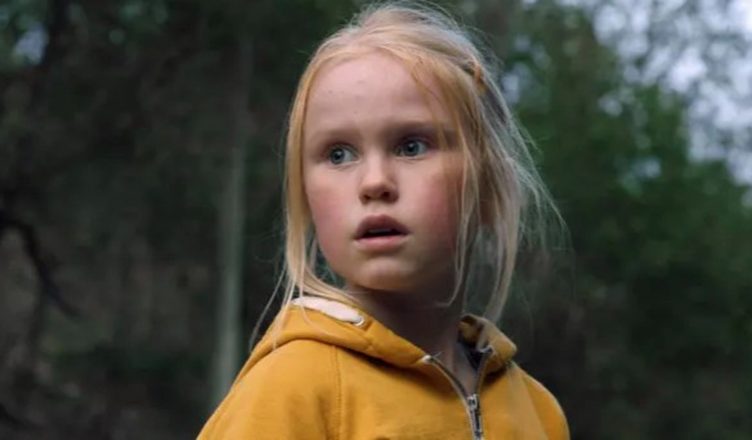 Beware the children: Rakel Lenora Fløttum heads a top cast of kids in ‘The Innocents’.

THE INNOCENTS **** (117 minutes) MA
From Norway comes a knockout, top-tier supernatural drama thriller that proves yet again how few things spice up the scares in a movie more than the presence of a creepy kid with a killer death stare.

The location itself is foreboding and a touch eerie, a brutalist high-rise,housing development oddly situated atop a remote mountain serviced by a lake and surrounded by an all-too inviting forest that can quickly conceal any curious kids from the sight line of grown-ups.

All but empty of kids because of the holidays, Ida wanders through the deserted concourses and playgrounds when not caring for Anna. The girls happen upon two other kids, Ben (Sam Ashraf) and Aisha (Mina Yasmin Bremseth Asheim).

With scant, highly effective use of visual effects and a minimalist, matter-of-fact style cool enough to freeze a meat tray, writer/director Eskil Vogt – he tapped out the Oscar-nominated screenplay for The Worst Person in the World – casts these kids in an alt-world of their own.

With the high spirits of a playground lark, they gleefully play around with their unheralded powers of telepathy and telekinesis, powers obviously hidden from adults and introduced to us with a disarming casualness.

It’s fun at first, though the fate of a poor pussy cat signals a mean streak that inevitably points to the powers possessed by the children slowly getting out of hand, resulting in the kids engaging in very unkidlike behaviour – especially when witnessed by an adult frtfom a helpless distance.

Set mostly out-of-doors and in broad daylight, the film is resolutely cliche-averse as Vogt harnesses the power of understatement to great effect, the lack of flashy camerawork and editing tricks serving to heighten the increasingly menacing atmosphere and giving the film’s tight handful of shock moments an unadorned, realistic edge that’ll make your cheeks tingle.

Setting the unsettling scene is some superb sound design, surgical use of surreal imagery and Vogt’s highly refined use of stillness and quiet to underscore the utter strangeness and potential violence of what’s going on between the gifted, twisted minds of these children.

Still, none of the film’s masterful crafting would count for anything were it not for the outstanding, totally believable, chilling performances from the pre-pubescent cast.

Behaving with the innocence and callousness of youth, they easily take their place among the scariest children in filmdom. They’d easilty give Damien a run for his money.

What is it that makes kids so scary, especially in supernatural thrillers?

As suggested here, it must have something to do with the lack of a fixed moral framework, so that when a kid realises they have the ability to maim people at random with their mind, the impulse is to brandish that power and inflict pain before worrying too much about whether what they’re doing is good or evil.