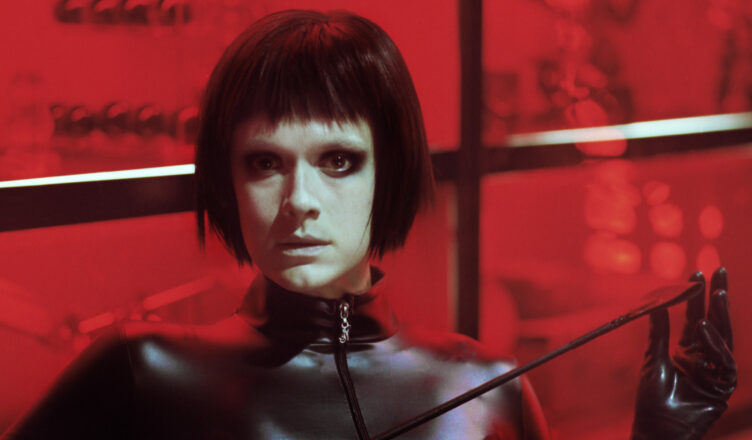 DOGS DON’T WEAR PANTS *** (104 minutes; subtitled) R18+
Those disappointed by the softly softly S&M shenanigans of the 50 Shades trilogy of mummy-porn films will have no grounds to complain – and nowhere to run – with Dogs Don’t Wear Pants, a dramatically grounded, admittedly debauched piece of psycho-porn from our filmmaking friends in Finland.

Unsurprisingly, Juha’s new-found hobby comes at quite a cost. He can’t concentrate at work (not a good thing for a surgeon) and, far worse, he begins neglecting Elli.

Not that director J P Valkeapaa intends any Catholic subtext here, but he does put due emphasis on the real-life consequences of Juha’s behaviour.

The disappointment Elli feels when Juha fails to show up at a concert, for instance, is especially prickly. We are also given glimpses into Mona’s day job, an altruistic endeavour that serves as a sobering counterpoint to her nocturnal side hustle.

And when Valkeapaa gets to the sex he goes as far as he can without earning an X. One particular scene makes the dental torture scene from Marathon Man look like a routine check-up.

The meaning behind Juha’s gratification is never fully explained, though the images he sees during his encounters suggest the pain somehow connects him to his lost wife.

As a psychological drama, Valkeapaa (who co-wrote the screenplay with Juhana Lumme) deliberately throws a lot of questions in the air, then leaves the room.

So while the film leaves matters far from resolved – a brave nose-thumbing to convention – it is nonetheless an intriguing odyssey into the mind of somebody whose sexual deviance is exacerbated by personal distress, and for whom liberation only comes with ascending degrees of surrender.