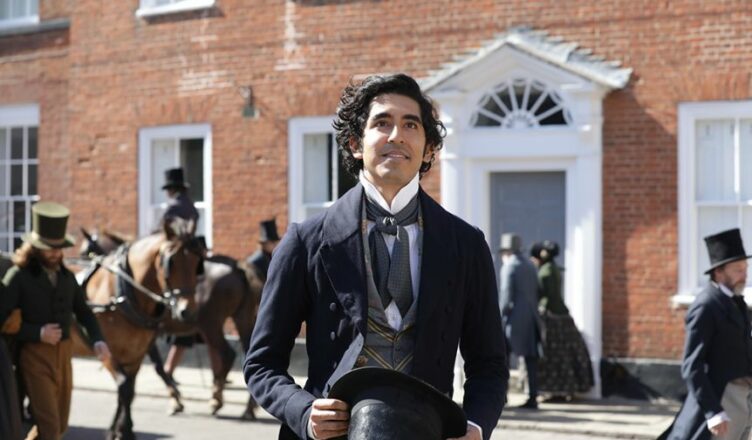 Setting out: Dev Patel stars as the titular character in ‘The Personal History of David Copperfield’.

THE PERSONAL HISTORY OF DAVID COPPERFIELD ** (119 minutes) PG
There’s a golden moment late in the latest movie remake of the 1850 Charles Dickens coming-of-age classic that serves as a fitting critique of the film.

Someone cracks a joke. “Clever,” comes the response. “Tiresome,” says another. “Yes,” says the first. “I was being polite.”

That fleeting exchange pretty much sums up the tricked up, disjointed ramble director Armando Iannucci has served up here.

With such cutting political comedies under his belt as The Thick of It and Veep, and the films In the Loop and The Death of Stalin, one would reasonably have expected Iannucci’s take on the oft-adapted story to have some contemporary bite, or at least a dash of stylistic panache.

All we get though is a jerky, episodic walk-through of the tale’s main narrative contours as we follow the path taken by the titular character (Dev Patel, who is fine) through the lower rungs of life in industrial-age London.

Cursed with a bad step-father, poor education, poverty and exploitation Copperfield searches for his share of dignity, family and love in a society primed to deny him of such things.

He’s a fighter, he is, and survival over life’s trials, twists and betrayals is the greatest triumph of all. That’s always been the central theme of the story and Iannucci deserves credit for at least honouring that.

Still, his direction is often surprisingly pedestrian, lacking the melodramatic force that made Dickens’ work so popular and memorable across all media.

There are plenty of heritage-listed locations sprinkled about that always make these British period films look so nice but they can’t keep the film from being a picturesque trudge.

It’s not really until the appearance of the duplicitous Uriah Heep (Ben Whishaw, in the film’s best performance) that the pace picks up a tad, but it’s too little, too late.

Visually Iannucci impresses with a few fancy scene transitions early on though the film gradually loses interest in them, at one point even descending to the use fast motion for comic effect, Benny Hill-style. (You half-expect Yakety Sax to come blaring out over the soundtrack.)

Much has been made of the film’s “colour-blind” casting, its wholesale embrace of the diversity ethos prompting a veritable stampede to praise the film to the skies and beyond.

For the most part it works fine. Yet while we grant a certain degree of license to filmmakers who claim to be doing something bold and innovative – you’ve got to keep a receptive, open mind to such things – it all comes back to what best serves character and story, not what best serves some bulltwang political agenda.

In the case of The Personal History of David Copperfield the casting exercise really is a hit-and-miss affair. It’s no issue when it doesn’t take you out of the film, as with the fine turns by the leads Dev Patel and the marvellous Rosalind Eleazar (who inhabits an especially sparky Agnes Wickfield).

But there are instances where the “diverse” casting looks like an anachronistic novelty trick, jolting you out of the picture because it simply looks out of place in 1850s England.

Will The Personal History of David Copperfield blaze a new trail to a more enlightened era of ethnically diverse movie casting? Or will it be a one-off? Only audience response will tell.

A far more important question is: why does this allegedly hip, progressive makeover of David Copperfield compare so poorly against the 1935 George Cukor film? (A film that, incidentally, had its own piece of stunt casting with American vaudevillian WC Fields strutting around London.)

Modern remakes of classic stories such as this need to hit high standards to justify themselves. With his David Copperfield Iannucci had an 85-year advantage yet still can’t manage to bring much snap or drive to Dickens’ grand old story.

The Personal History of David Copperfield is now in cinemas.