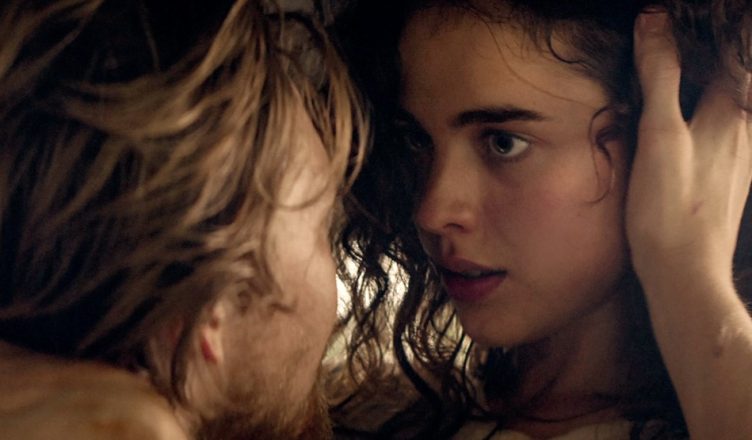 STARS AT NOON *** (138 minutes) MA
Hot on the heels of her searing relationship drama Both Sides of the Blade, Claire Denis delivers another arthouse treat that will please her discerning fanbase.

Desperate to get out of an unstable, Covid-afflicted Nicaragua is Trish (Margaret Qualley), a strong-headed, issue-driven journalist who nonetheless finds herself abandoned via video by her editor (John C Reilly, in a memorable cameo).

She’s also broke – so broke, in fact, that the only way she can raise cash or pull favours is by sleeping with people, including the local military honcho.

With no apparent way out of an increasingly dangerous situation, Trish hooks up with Englishman Daniel (Joe Alwyn), an attractive and mysterious interloper whose situation soon deteriorates to the point of having to scheme with Trish to drive to safety. That’s after they’ve enjoyed some pretty hot sex first, of course.

With closely measured pacing, Denis grounds the film with a terrific, earthy performance from Qualley, who was so good in the superb Netflix miniseries Maid after getting everybody’s attention as the hippy chick in Once Upon a Time in Hollywood.

While some might find the film’s 140-minute duration a bit challenging, those familiar with her humanist style will relish the skill with which Denis develops the relationship between these two souls who are determined not to be as lost as everyone wants them to be.

Alas, that’s nowhere near the case in Avarice, a limply directed, sloppy and rather dreary wannabe thriller that is supposed to be full of tension and heart-stopping action as a businessman (Tom Ford) and his family are taken hostage by a group of self-consciously tough-talking brutes who want his dosh.

Unfortunately for these idiots, his wife (Gillian Alexy) happens to be a hot-shot champion archer, so it’s just a matter of time before she gets to introduce the bad guys to her heavily foreshadowed skill set.

To be fair, the broad contours of the plot are quite serviceable, featuring a good first-act set up and a couple of strong twists.

Sadly, the patchy direction from co-writer John V Soto can’t elicit believable performances – the henchpersons are especially terrible, stupid and spout some cringe-worthy dialogue – or sustain any suspense or plausibility. There are simply too many lapses to keep you invested.

The film’s biggest stumble is its infallible heroine, a bland girl power cliché whose efficiency in dealing with villains is as wearying and predictable as Alexy’s performance is flat. It’s a very colourless characterization. And nothing much of interest is done with the daughter (Tea Heathcote-Marks).

Obviously – too obviously – made on a low-budget, Avarice also sports thin production values and bears that thin look that suggests it was shot on video.

In what is turning out to be a less-than-banner year for Australian film, Avarice clocks in as yet another example of a movie that looks like it went into production too soon and with too little understanding of what audiences expect from a genre piece.

The bare bones of Avarice might seem fine but normal people can’t be expected to fork out good money for a ticket to watch a sub-standard movie and wonder about what a strong little thriller it could have been.