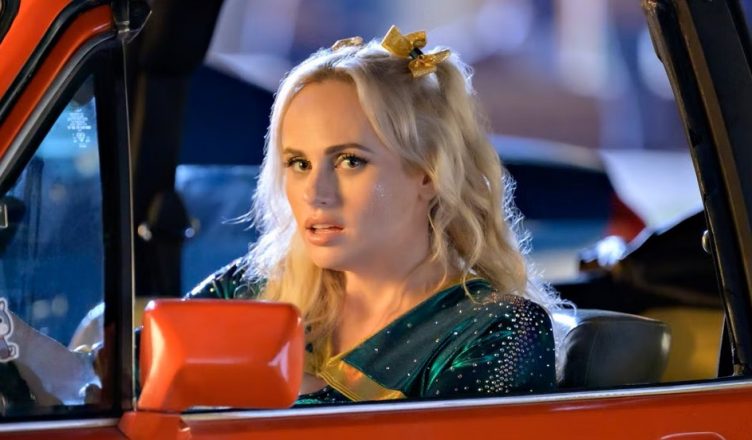 Not so funny: Rebel Wilson, at the centre of a story she didn’t sign up for.

Imagine, for a moment, you took the events thus far surrounding Rebel Wilson’s encounter with The Sydney Morning Herald, worked them into a screenplay, then pitched it to a film producer. What would be the likely response?

Probably something along the lines of: “You’ve got a great farce here, kid, but make the media people a bit smarter. Nobody would believe this level of cluelessness, not even in a comedy.”

Perhaps one day such a film will be made of what has been one of the most embarrassing fiascoes in modern media memory. If that happens, Rebel Wilson should produce it.

For those who have been too busy binge-watching Celebrity Apprentice Australia to notice, here’s the skinny.

On Friday last week (10 June) Wilson announced on Instagram that she was in a relationship with Los Angeles fashion designer Ramona Agruma.

That Wilson was in a same-sex relationship came as a pleasant, in unremarkable nugget of news from the much-loved funny girl.

We then learnt how Wilson’s announcement was a smart, if reluctant move to keep others from breaking the news of her personal life.

For the next day (Saturday, 11 June) Sydney Morning Herald gossip columnist Andrew Hornery published what was essentially a whinge piece titled Rebel starts spreading the news. In it Hornery revealed how he had the story cold and was going to break the news exclusively, but that Wilson’s Instagram post had “gazumped” him.

You see, earlier he had emailed Wilson’s people seeking comment about her new relationship, informed them he had enough sources to publish and that she had two days to respond before his deadline.

But rather than allow the SMH to “out” her, Wilson decided to announce the news herself.

Understandably, the reaction to Hornery’s column was volcanic, especially across social media.

People railed against how the SMH had tried to pressure Wilson into giving them an exclusive, and that Hornery was peeved at how Wilson had taken control of her own story, openly defying his implied threat of publication.

Then things got curiouser and curiouser.

In registering the tsunami of disgust against the SMH over Hornery’s treatment of Wilson, editor Bevan Shields attempted on Sunday (12 June) to paper over the matter, stating that criticisms the SMH had “outed” Wilson were wrong.

Hornery was just doing his job, that he “simply asked questions and as standard practice included a deadline for a response.”

Clearly, that was not communicated to Wilson. It should have been. Clearly. Unambiguously. With emphasis. And italics. It’s Journalism 101, the first frigging thing you learn on the first day. Clarity.

In a singularly stupid move, Hornery’s whinge piece was removed from the SMH site and replaced with a watery walk-back piece titled I made mistakes over Rebel Wilson, and will learn from them, expressing genuine “regret that Rebel has found this hard”.

He added that he was gay and so was “well aware of how deeply discrimination hurts. The last thing I would ever want to do is inflict that pain on someone else.”

Furthermore, he stated how it was not the business of the SMH “to ‘out’ people and that is not what we set out to do. But I understand why my email has been seen as a threat. The framing of it was a mistake.”

He also admitted, upon reflection, how “the tone of my column on Saturday was also off.”

Good news, though. Hornery has come through the ordeal a better man. “I have learnt some new and difficult lessons from this and want to be upfront with you about the things I got wrong.”

On Tuesday (14 June) came another reflective piece from Shields, this opus titled Note to subscribers: What we got wrong with the Rebel Wilson story.

In it he stated that “I had made no decision to publish anything and expected to make a call on Friday about what to do next based on whether Andrew heard from Wilson. I want to be really clear about an important point: if she had not responded, I would not have published.”

Hmm. So why, then, was Wilson issued with a deadline to respond?

If she had not responded, I would not have published.

So why didn’t he & Hornery tell Wilson that? Clearly. Unambiguously. How such a crucial piece of information was missing from Hornery’s communique to Wilson simply beggars belief.

To boil it down, the message from Shields was: “Sorry about that. Will try not to do it again. Promise.” (Read the whole thing here.)

The scenario conjures images of a farmyard populated by headless chooks, running around.

If all the back-tracking and excuse-making and dire attempts to repackage the unholy mess as “teachable moments” sound to you like a great big, steaming pile of weasel words and bulltwang, you are in very good company.

For all the assertions of sincerity and genuine regret and promises to do better, it appears that nobody’s buying. If the global response serves as any guide, the backpedaling and graceless mea culpas have just made a bad situation a lot badder.

So bad, in fact, that on Monday a brave soul inside the SMH newsroom sent an all-staff email – promptly forwarded to many other outlets – about how the masthead’s reputation was hemorrhaging badly, and that the current fiasco was the latest in a series of ignominious editorial blunders.

The most recent of these occurred in February when Shields described a rail shutdown as a “strike”, despite being told that it was not. He issued an apology colourfully titled Getting it right and acknowledging when we get it wrong.

The difference this time around, the anonymous staffer stressed, was that while the previous debacle made the SMH a local “laughing stock”, the mishandling of the Rebel Wilson affair had now taken the masthead’s humiliation global.

When Whoopi Goldberg on The View, Variety, the BBC, the Montreal Gazette and The New York Times (to name but a few) report on the totally avoidable mess the SMH has gotten itself into you know the brand is in deep trouble.

* How is Wilson’s personal life anybody’s business but hers? It’s a glaring point at the centre of the pushback against the SMH, much of it rightly stressing how and when anybody comes “out” is a matter for them;

* How is it newsworthy? Wilson being in a same-sex relationship is not sensational, or even all that interesting. Treating it as though it’s a red-hot news item only pushes things backwards. The fury from the LGBTQI+ community and its supporters has been thoroughly justified, a rare case of online outrage being on point;

* Did Hornery get Shields to proof his communique to Wilson? If not – what? It would have taken 60 seconds;

* Hornery claims he will “learn” from this debacle. After three decades in the business he’s still learning the basics? That’s one luxurious learning curve;

* What, in the name of all that is Holy, was the point of taking down Hornery’s whinge column after it had been read, quoted and captured by everyone? (Read the whole thing here.) It was an exercise in futility given how the guts of it is now all over the internet. Talk about shutting the gate after the horse has well and truly bolted.

But, hey, let’s put all that to one side for a sec.

The big question now is: what will Nine Entertainment do about this godawful debacle?

One option is to follow the established pattern – shrug the shoulders, issue an apology and declare a “let’s move on” motion, hoping the whole matter conveniently evaporates.

Another option is to immediately cauterize the fiasco by taking decisive action.

Doing so would send the much-needed message that the stumblebum manner in which the Wilson matter has been handled is not part of the organization’s culture.

As it stands, the impression is that it’s embedded within it.

A measure of how severely Nine’s reputation has been punctured is distressingly easy to gauge.

Right now, the quality of Nine’s investigative journalism is without peer, the collaborations between the SMH, The Age and 60 Minutes being prime examples of 21st century cross-platform journalism. There’s a lot of hard work by a lot of dedicated, determined news people there and across the mastheads.

But that sterling work isn’t what people are talking about.

Nine needs to do something.

Should those in charge require guidance thankfully help is at hand.

They can call upon the services of Sir Alan Sugar, the British business titan and star of Nine’s Celebrity Apprentice Australia.

Get Sir Alan together with those responsible for this disaster. He’ll soon sort out who deserves to stay in the room.

Footnote: The Don Watson books Death Sentence: The Decay of Public Language and Watson’s Dictionary of Weasel Words should be mandatory reading for every journalist.

Disclosure: The author was a journalist at The Age for many years and owns shares in Nine Entertainment.