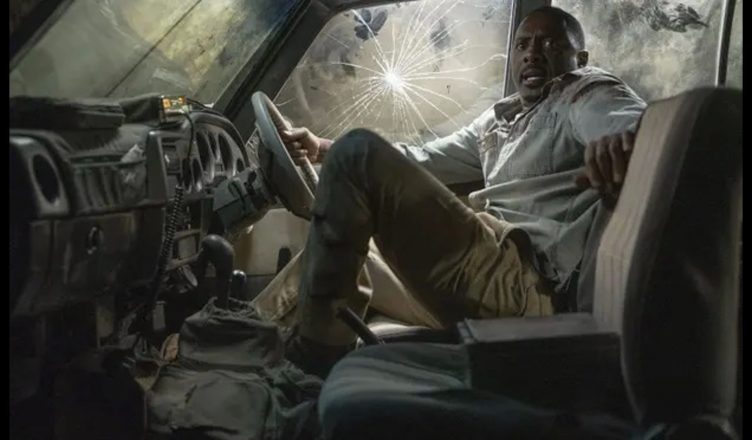 And it’s not just the evil, well-armed poachers the angry kitty has on its buffet menu. It now regards any human as a threat, and will leap upon them in a violent act of ecological pushback.

While on a photo-safari with their good friend and animal-loving park official Martin Battles (Sharlto Copley; District 9; The A-Team) they come across the carnage wrought by the seething lion.

Sensibly, they attempt to head for safety in their not-quite-lionproof vehicle but, wouldn’t you guess, Big Lion has other ideas.

It’s B-grade movie hijink all the way as the admittedly difficult job Dr Nate has protecting his surprisingly cool, panic-averse girls is framed as his attempt to make up for neglecting his family.

Survival-movie specialist Baltasar Kormákur, who also made the terrible Everest and the fairly good seaborne adventure Adrift, dials up the tension very effectively, particularly through the use of “oners”, which is industry parlance meaning long single takes.

The many oners deployed here are extremely well-choreographed, complemented by some absolutely top-notch visual effects artistry in rendering the big cats so realistically.

The work is so fine it makes you weep for the future of Hollywood animal trainers. The art of animal rendering has advanced in such leaps and bounds since that tiger in the groundbreaking The Life of Pi (2012), hitting a high-water mark with the brilliant Planet of the Apes trilogy, it’s hard to imagine how animal actors will survive.

Why go to the trouble of using a real critter when technology now allows filmmakers to get the exact performances they want from ultra-realistic synthetic creatures that don’t need feeding or handlers, that won’t poop or attack anyone and that will hit their marks every time.

It’s a wonderful new chapter in filmmaking, and it does make you appreciate how those films of yore that used real animals – from Clyde in Clint Eastwood’s Any Which Way But Loose to the real-life mayhem of Roar – simply wouldn’t be made today.