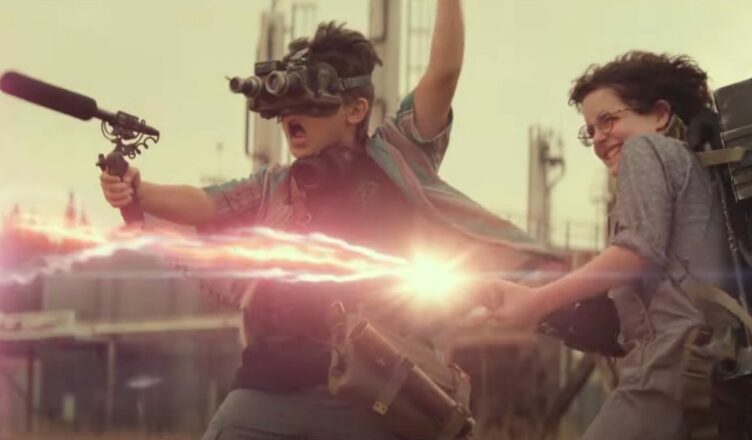 A new generation fight the ghosts of sequels past in ‘Ghostbusters: Afterlife’.

GHOSTBUSTERS: AFTERLIFE ***1/2 (124 minutes) PG
You might well walk in wincing at the prospect of watching the latest installment of a movie franchise that has the worst track record in modern movie history.

Glad to report, then – and with dollop of pleasant surprise the size of Mr Stay Puft – that Ghostbusters: Afterlife turns out to be the one thing we’ve long been conditioned not to expect; that is, a Ghostbusters movie that is actually, well, good.

Let’s be honest: the Ghostbusters brand has long ridden on the marvellous first film, a neo-classic made back in 1984 (that’s 38 years ago for those who don’t have a calculator app).

The 1989 sequel – all about rivers of angry goo coursing beneath New York City – was awful. Why do you think there was no Ghostbusters 3 to follow?

The feminized 2016 film with Melissa McCarthy, Kristen Wiig, Kate McKinnon, Leslie Jones in the lead roles (most of them slobbering over the presence of Chris Hemsworth) was so bad it made the stomach turn.

So it’s something of an understatement to say how expectations weigh very heavily on Ghostbusters: Afterlife, expectations that are thankfully matched and surpassed.

A wily and well-sculpted narrative blends an all-new scenario with touches of nicely judged nostalgia. Tellingly, that nostalgia is based chiefly around the ideas and iconography of the first film. Even the various ghosts and ghouls are recognizable.

Most of the action takes place in the tiny, sleepy rural town of Summerville, Oklahoma where Callie Spengler (Carrie Coon), the daughter of original ghostbuster Egon Spengler (the late Harold Ramis), has moved from the city and into his dilapidated house with her kids Phoebe (Mckenna Grace) and Trevor (Finn Wolfhard).

The nostalgia vibe kicks in early with beautifully directed subtlety by Jason Reitman (Juno; Thank You For Smoking; Up in the Air; son of Ivan, director of the original who produced this) as Phoebe and Trevor stumble across Ghostbusters equipment, including the old station wagon, the reveal of which is handled with an almost lyrical reverence. A lovely moment.

With the aid of science teacher and Ghostbusters nerd Gary Grooberson (Paul Rudd), the kids discover their hidden heritage, chiefly through YouTube clips presenting events from the first film as news items. It’s a clever touch, one of many that embeds the Ghostbusters legacy into social media.

Repairing equipment they find in a secret subterranean lab, they also find that the town and the abandoned mine nearby are hotbeds of paranormal energy all on the verge of erupting.

The film hits its action beats with kinetic aplomb – something the all-girl Ghostbusters repeatedly failed to do – and with the added treat of seeing vintage weaponry, including the beloved proton packs, being brandished by the grandkids of an original Ghostbuster.

Such well-conceived moments are doubtless designed to give old fans a reassuring shudder of nostalgia while delivering the thrills of a proficiently mounted chase scene.

Yet, the film also engages very cleverly and confidently with the concept of nostalgia and how it has been reconfigured in the modern age.

Once the preserve of people who remember seeing them when they were first released, vintage films are now freely available to anyone who bothers to see them.

Accessibility to back catalogues blossomed with video cassettes, then DVDs and now online platforms that literally make thousands of titles available with a few keystrokes and a small subscription fee.

In the case of the original Ghostbusters it’s a no brainer that, just like many other pre-digital films from the 1970s and 80s (Star Wars; Indiana Jones etc) its fanbase is being constantly renewed as another generation of young people discover the film and, inevitably, fall in love with it.

So the nostalgic appeal of Ghostbusters: Afterlife extends far beyond those who jammed into Reagan-era cinemas in 1984 for the first Ghostbusters to now include those who subsequently discovered it, whether it was 30 years ago on video, 20 years ago on DVD or 20 months ago on a streaming platform.

The threshold for nostalgia has certainly come down, and that’s a good thing, surely. For now we have the lovely idea of a nine year-old kid watching Ghostbusters: Afterlife and connecting with it having bonded with the original when they were six.

That generational bonding redoubles when members of the original Ghostbusters Bill Murray, Dan Aykroyd and Ernie Hudson team up with Phoebe, Trevor and their conspiracy-loving friend Podcast (Logan Kim) for the final showdown where the streams go a-flyin’ into the ectosphere.

As long as the film is – does everything studio crowd pleaser have to be two hours-plus these days? – be sure to stick around for the hilarious post credit scene.

It not only points to a sequel, it out-Marvels the ones we’ve seen in the last few Marvel films.