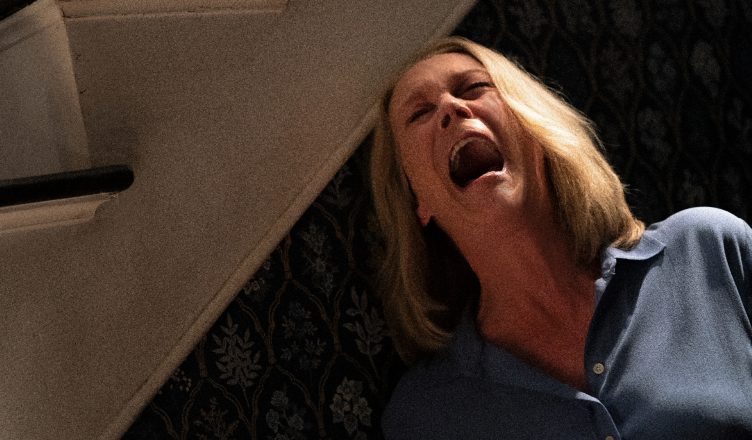 HALLOWEEN ENDS *** (111 minutes) MA
Promises, promises. Halloween Ends teases us that the 13th entry in the unceasing Halloween film franchise will be the closing chapter, but we all know by now that such undertakings must be taken with a grain of salt the size of Uluru.

It was in 1978 when young Laurie (Jamie Lee Curtis) first met Michael Myers, a knife-wielding maniac who has been terrorizing her and her hometown of Haddonfield, on and off, ever since.

Here we find the elderly Laurie ensconced in suburban Haddonfield with her granddaughter Allyson (Andi Matichak), who had her own encounter with Myers in the previous film Halloween Kills.

From the get-go we are again assured that logic has no place in a Halloween film.

Laurie’s angst-ridden narration tells us how she’s trying to free herself of the torment Michael Myers has wrought upon her life, mainly by tapping out a memoir detailing that very torment. What she doesn’t tell us is why she still lives in Haddonfield and why, if she’s so traumatized, she’s nonetheless fine to put up Halloween decorations in the front of her house.

Come to think of it, there’s no explanation as to why the town still celebrates Halloween at all. Hasn’t it kinda been spoilt by all the, you know, murdering?

The return of Myers comes via Corey (Rohan Campbell), a teen wrongly accused of killing a child who is infected by the killer’s spirit during a trip down a drainage pipe.

He starts dating Allyson, which doesn’t please Laurie, who is still being confronted by locals for provoking Michael Myers in the previous film.

Sticking strictly to the formula of darkened rooms and glistening blades, Halloween Ends delivers the requisite quota of cheap scares and carnage to satisfy fans of the franchise, all proficiently executed by director David Gordon Green, who also helmed 2018’s Halloween and Halloween Kills.

As to whether or not the climactic confrontation between Laurie and Myers is conclusive, listen out for the cleverly planted story loopholes that would excuse yet more Halloween films, which will undoubtedly come provided Halloween Ends makes a dollar.

And you can count on that. As with most American horror films, Halloween Ends was a low-cost effort of around $20 million, a relative pittance compared to the $70 million average for a studio film.

So all it needs is a strong opening weekend and the next installment is sorted. Suggested title: Halloween Ends Again. Just trying to help.