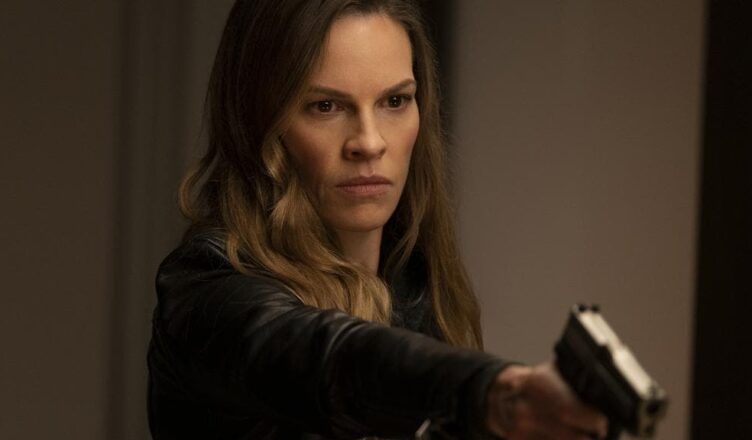 FATALE *** (103 minutes) MA
Cheesy as heck yet done with conviction, Fatale is a proficiently directed, straight-faced slice of genre cinema with enough crazy-woman psycho thriller tropes to keep the shebang from ever stalling.

Derrick Tyler (Michael Ealy) is a sports endorsement guru whose success in business is offset by troubles with his radiantly beautiful wife Tracie (Damaris Lewis), whose late-night excursions has him worried she’s giving somebody else access to her milkshake.

While on a trip to Las Vegas he finds himself consumed by thoughts that she’s living her best life without him. His despair nonetheless leads to a brief bout of liberation.

Temporarily unshackled from the guilt that comes with infidelity, he happily signs up for the ride offered by an attractive woman (Hilary Swank) at a classy bar. After some sweet small talk they retire to her hotel bedroom where her sexual appetite turns out to be a bit too clingy for his taste.

When she turns out to be a detective investigating a violent break in at his house he is alarmed at first, then relieved that she considers their tryst a “what happens in Vegas” type of situation.

Thankfully for us, she turns out to be a little off-centre psychologically, which plunges Derrick into a nicely prepared stew of deceit, danger, double crosses, corruption and some very well-executed violence.

The contours of the film’s twisty-turny plot are nicely polished by director Deon Taylor from a screenplay by genre veteran David Loughery (The Stepfather; Obsessed; Lakeview Terrace).

Matters are never allowed to get too silly so when those important over-the-top moments come they’re given the lethal edge they need to make the audience gasp instead of laugh.

Taking just a few cues from Glenn Close in Fatal Attraction and Jessica Walter from Play Misty for Me, Swank dominates the film with a barely controlled ferocity that sees her handling home invaders more effectively than her efforts to gain access of her daughter.