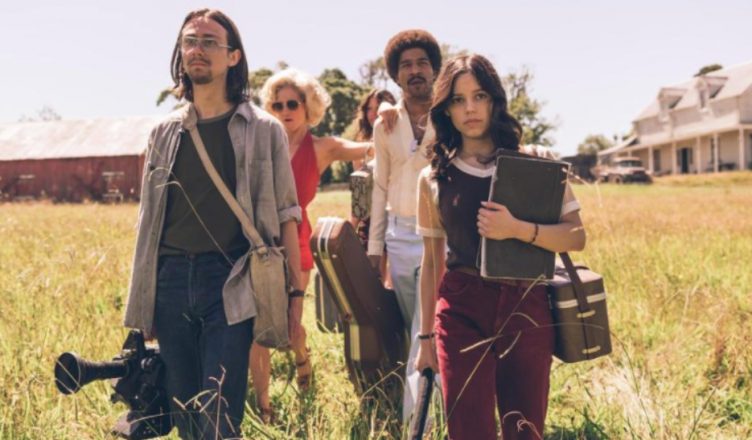 X ***1/2 (106 minutes) R18+
In such a convention-driven genre as horror it’s a sweet irony how the best way to stand out is by side-stepping the excessive tropes of today and adopting the old-school aesthetics of 1970s slasher films.

In X, American horror maestro Ti West (The Innkeepers) eschews the self-conscious humour, easy shock tactics and overloading of digital effects for a more restrained, tense and ultimately satisfying excursion where the embracing of vintage horror movie techniques and story cliches present as fresh and creeepy.

Given the year, there simply haven’t been enough horror movies made to warn the young, enthusiastic cast and crew about all the red flags associated with their set up.

To avoid prying eyes sand to keep within their tiny budget, they drive out into the country and rent a shabby guest house on a farm run by an ancient couple whose TV is continually tuned to fiery televangelists.

They, of course, have no means of contacting anyone should anything go awry during the shooting of their classy pornography. Nor do they have a playbook for how to deal with an isolated elderly couple who, would you believe, have enough creepy habits to spook even the hardiest pornographer.

Clearly knowing all the tricks of the old trade, Ti West builds the scenario slowly, skillfully ratcheting up the tension incrementally until pay-off time.

Well-directed and bearing the slow-build pacing of renaissance horror films, West makes sure a lot of time is spent with the main characters as they discuss what they’re trying to accomplish with the making of this dirty movie.

Quite deliberately it’s quite a while before the dictates of the genre kick in – and when they do it’s with substantial force. Taking its killer cues from horror-movie lore, there’s a good deal of sharply delivered shocks and a fistful of graphic moments where practical effects are used with little digital assist, if any.

There have been plenty of good notices about X, which it certainly deserves, but it is essentially an example of an exploitation film distinguishing itself by clipping on a throwback style.

Nothing wrong with that, of course, especially when accomplished as faithfully and effectively as it is here. Still, it shouldn’t be confused with genuine originality, a quality as scarce in the horror genre as anywhere else.