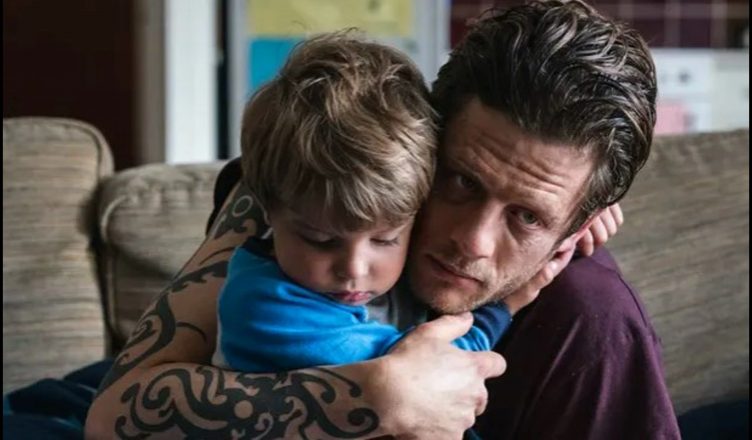 NOWHERE SPECIAL **1/2 (95 minutes) M
The deal we enter into with films about terminal illness is that in return for all the heartstring-pulling and appeals for sympathy will be something hopeful and uplifting that will offset the emotional anguish we willingly signed up for.

Whether Nowhere Special delivers on that deal is debatable as we witness the fact-inspired tale of a stricken young working class dad in Northern Ireland trying to find a suitable family for his young son before he departs.

There’s a strong, affecting central performance from James Norton as John, a window cleaner who somehow keeps all the understandable anger and turmoil of his horrible situation bottled up inside. (well, most of the time, anyway.)

As his pre-school aged son Michael, Daniel Lamont is adorable, clearly cast for his ability to reduce even the most cynical heart to a whimpering mess with eyes so full of innocence you’d think they were drawn by Walt Disney.

Alas, while the quest by John and some caring child welfare officers for a suitable home offers some insights into the types of people who volunteer for such responsibilities, there’s not much more to the yarn.

We get some backstory as to how Michael came to be a single father, but essentially the entire film, written and directed by Uberto Pasolini, feels too much like a second act in need of a third.

It can leave you wishing there was more, again demonstrating how dramatic understatement can sometimes veer from the “less is more” storytelling lane and into the lane where less is actually less.

And it is unremittingly sad. There are small nuggets of uplift in Nowhere Special, but you need to be highly attuned to them.

Still, as Love Story and Terms of Endearment – and countless other tearjerkers – have proved beyond any sensible question, there can be great succour in sadness, especially when it is as sincere and as unforced as sketched here.

Testament, again, to how nothing says “good movie” like a good cry.