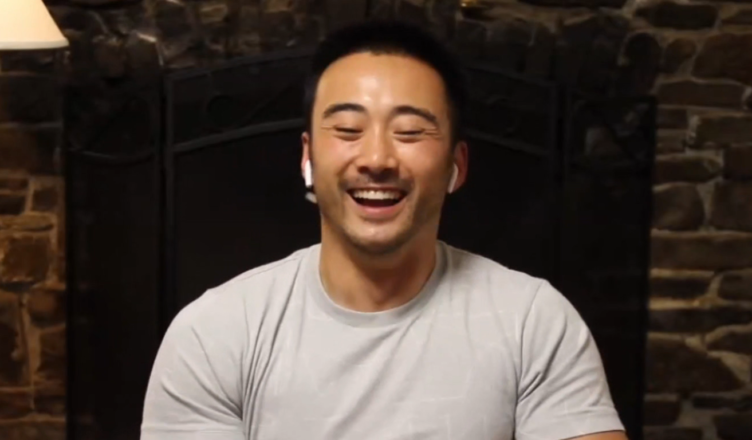 “The more you can be that person where you’re open and warm and understanding and non-judgmental, the more you’ll find that coming back to you.”

Independent American filmmaker Alex Liu discusses the reasons behind the making of his documentary A Sexplanation, which takes a humourous look at the parlous state of sex education in the United States.

Riding high on the film’s festival success and a string of awards, he proves to be a very breezy and candid gent, particularly when addressing how his open-minded approach to the topic is at odds with the climate of savagely polarized debate taking hold in the United States right now.

“I don’t think screaming at someone is going to change anything,” he says. “I’m very terrified actually at how tribal the world has become.”

For a review of the film please go here.

For more information, links and details about screenings visit the film’s website here.

00:00 Motivation for making the film;
01:10 Why it came down to his team t make it;
02:20 The difficulty of coming out;
02:45 Fear of kids going through the same experience;
03:50 What age sex education should begin;
05:25 Danger of misinformation;
06:30 The dangers of pornography filling the gap of poor sex ed;
08:25 Why he put himself at the centre of the film;
10:30 Personal changes during filming; Facing his own prejudices; being self-critical;
12:45 Becoming a better listener;
12:55 How hard it was to confront a Republican senator; the importance of being open-minded;
14:25 “I’m just so tired of feeling angry all the time.”
15:40 The abortion rally; speaking to both sides;
16:40 Refraining from snide remarks;
17:00 Learning that pro-lifers aren’t hateful;
18:10 Tenet of mutual respect;
18:24 Why use humour for such a serious topic;
20:20 Temptation to use sarcasm; decision not to;
22:40 His journey of discovery;
23:25 “The more you can be that person where you’re open and warm and understanding and non-judgmental the more you’ll find that coming back to you.”
23:33 The influence of working for the San Francisco Department of Public Health;
24:40 Will he live to see what his film promotes;
25:50 Is there a G-rated version?;
26:56 Awards won and what good they do;
28:05 How it’s travelling;
28:38 The difficulty of raising finance;
30:00 The puny budget; valuable support from crew;
30:45 Target audience; best reactions; “I want it to be an ice breaker.”;
32:55 Reflecting the American value of open-mindedness at a time when the idea under attack.