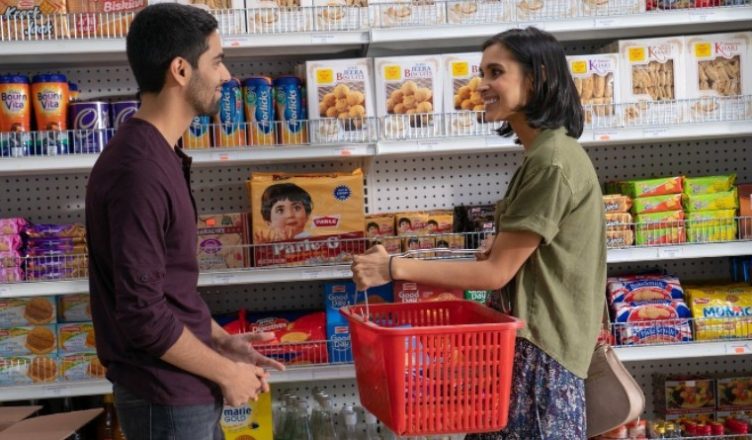 INDIA SWEETS AND SPICES *** (101 minutes) M
One of the most enjoyable forms of romantic comedy is when the ever-reliable rom-com format is deployed to make a punchy point or two, all while delivering a sweet romantic arc, complete with the tropes we expect.

Written and directed by Geeta Malik, India Sweets and Spices is one such variant, a sweetly subversive romantic comedy that challenges the traditional notions of arranged marriages and subservient women, all with a generous peppering of laughs.

Set amidst a very wealthy Indian community in New Jersey, UCLA student Alia (Sophia Ali) comes home for the holidays, hoping to relax while attending the obligatory round of parties held by the well-dressed elders who are all fashion victims, dressed for success and primed to out-do each other.

Alia’s not into the scene or all the tradition and frippery that goes along with it. She’d much rather develop a relationship with Varun (Rish Shah), who works in the titular grocery store and whose bedroom window she will happily climb through for passionate make-out sessions.

There’s automatic tension because Alia is supposed to be coupled with another boy. Furthermore, her beautiful but cold mother Sheila (Manisha Koirala) is not pleased that Alia is hot for a boy from a lower social tier.

The fragile world of custom and tradition slowly begin to unravel when Alia discovers that Varun’s hard-working mother Bhairavi (Deepti Gupta) was close friends with Sheila when they were students in Delhi.

Back then they were defiant feminists fighting the patriarchy; now Alia sees how the creature comforts offered by the security of an arranged marriage can win over the noble quest for equal rights for women in a society that considers them chattels.

It’s ham-fisted, for sure, and some of the story points are clumsily handled. For instance the way Alia stumbles across a photograph crucial to her mother’s backstory.

Still, it’s hard not to warm to the film’s well-packaged progressive sentiments, especially when blessed with such a winning lead performance from Ali.

She’s a hip, young, health-conscious, boy-hungry all-American girl with an independent spirit who learns here how age-old traditions can be at odds with a better life, especially when they generate hypocritical behaviour from those she is meant to respect.

Well-woven into the rom-com conventions, Geeta Malik packs a few punchy messages about how some long-cherished customs deserve to wither away for the sake of a more enlightened way of living.

It’s a prime illustration of how movie templates are value-neutral. It’s how they are deployed that counts.