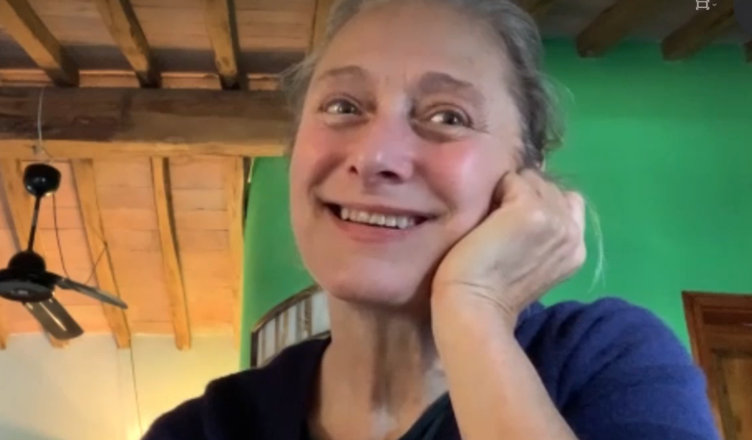 “You’re so aware as an actor that every minute is money.” – actress/writer/producer Caroline Goodall.

Based on the 1986 novel by Lisa St. Aubin de Teran, The Bay of Silence was produced and written by Caroline Goodall, who also has a small role.

Writing and producing The Bay of Silence, an independent film, was a bold venture for Goodall.

As a renown actress with an international reputation, Goodall acknowledges that she could have coasted on her credentials for the rest of her career but chose to pursue the challenges of making a film to expand her creative horizons.

She also admits how she enjoys the drama and discipline of film production.

Speaking from her home in Tuscany to mark the film’s release on DVD and digital, Caroline Goodall was in an especially loquacious frame of mind on the morning she took this Skype call.

Her natural enthusiasm, willingness to develop topics and ebullient good nature invoked the First Rule of Interviewing, which clearly states: when you have someone as awesome as Caroline Goodall on the line and she wants to talk, you let her fly.

Thus, the feature interview is presented in two parts: the first about making The Bay of Silence, the second touching on some of the highlights of her formidable career.

There is also a brief, condensed version of Part One (a sizzle reel, if you will), just in case you don’t have time to sit down with a coffee and listen to Goodall’s articulate, illuminating and, most of all, entertaining observations about making The Bay of Silence and about her career.