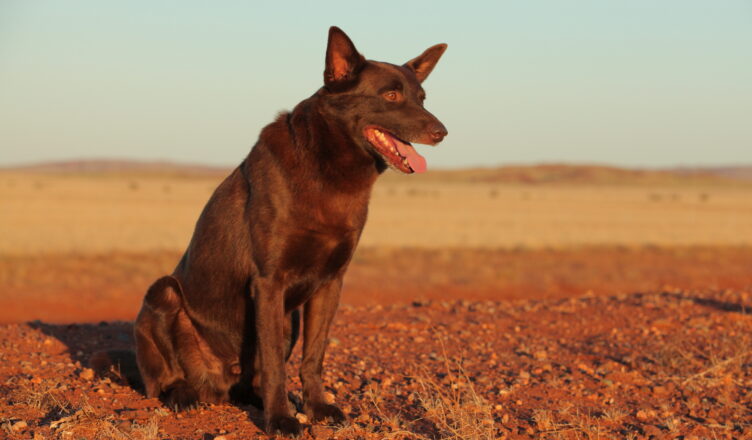 Dog tale: The trials of making ‘Red Dog’ are detailed in ‘Koko: A Red Dog Story’.

KOKO: A RED DOG STORY ***1/2 (78 minutes) G
As far as being an exceptionally good film about the making of a film, Koko: A Red Dog Story goes far beyond the usual platitudes we often hear in “making of” docos and delves deep into the gritty detail and near-disasters that beset the set during the production of the 2011 Australian neo-classic Red Dog.

In unpeeling Red Dog’s genesis and realization, Koko does feature its fair share of talking heads – is this in any way avoidable when making a making-of doco? – but directors Aaron McCann & Dominic Pearce have done a super job putting in some fresh twists and twirls, rethinking the concept to include re-enactments of incidents on the set, casting actors to play key production people and even a playful bending of the truth here and there.

Chronicled in detail is the chequered adventure director Kriv Stenders embarked upon with Red Dog, not the least of which was that he was allergic to dogs (true), and the strains of shooting a low-budget production in the Pilbara, which included dyeing one of the dog actors green (true) and indulging his love of scones (false).

The film takes its name from the dog that played Red Dog, who sadly died in December 2012 and who is played by dog actor Hero in this film. We get a strong run-through of why dogs have such an affinity with people but we also witness how that bond came to bear in real life during the making of Red Dog.

The highly emotional payoff to Koko shows how Nelson Woss, who produced this film along with the original Red Dog and its 2016 prequel Red Dog: True Blue, became attached to Koko and ended up adopting him.

In this interview, Nelson Woss discusses the success of Red Dog and why the making of Koko: A Red Dog Story was important in bringing the saga to a fitting end. Designed as the third part in the Red Dog trilogy, Woss wanted Koko to honour both the dog and the huge army of dog lovers who helped make the film such a huge hit in Australian cinemas.

A 32-minute strip of dog photos sent to the film’s Facebook page is included on the film’s DVD along with some behind-the-scenes footage and Tim Minchin’s tribute song to Red Dog. The one thing that would have made the DVD perfect would have been a short doco on the making of Koko, giving us a making-of doco about a making-of doco.