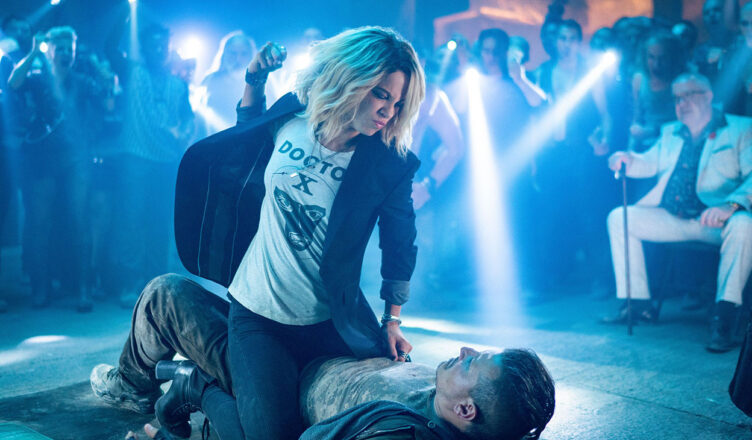 Sporting a blonde bob and redefining what 48 now looks like (yeah, she’s very easy on the eye), Beckinsale throws herself head first into the role of Lindy Lewis, a woman with anger management issues so extreme she has to self-administer electric shocks every time she vividly imagines performing grievous bodily harm on people who have ever-so-slightly irritated her.

With its tongue firmly lodged in its bruised cheek, Jolt is a terrifically fun, fast ride, soaked in cartoon violence and sparked with snappy one liners as Lindy goes on the hunt for the killer of a man she was hoping would become a boyfriend. There are a few cute girl-power gags along the way, so if you want to count her in as a #metoo heroine, go right ahead.

In strong support are Jai Courtenay, Laverne Cox & Bobby Cannavale (who crackle as a chalk-and-cheese detective duo) and especially StanleyTucci, hilarious as her experimental shrink who is so in fear of Lindy he scrambles for a gun every time she enters his office.