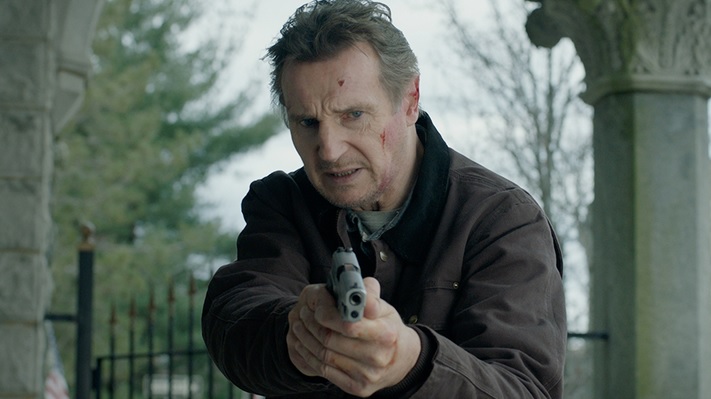 One more time: Liam Neeson is on the run again in his latest action film ‘Honest Thief’.

HONEST THIEF * (99 minutes) M
They’re clearly scraping the bottom of the ideas barrel for Liam Neeson action pics if his latest epic is anything to go by.

In a lame, laughable lark that plays like it was written by Hollywood’s Screenplay AutoWrite computer program, we have Neeson playing Tom Carter, a super-thief who has a knack for robbing banks without being detected.

While stashing $9 million in a Boston self-storage facility he falls head-over-heels for the manager Annie (Kate Walsh from Grey’s Anatomy), and they start up a relationship.

So smitten is Carter that he decides to commit to her. But rather than embarking on a fun-filled, care-free life where they live it up in comfort and ease on money nobody will miss, Carter gets possessed by the Idiot Demon and inexplicably feels he must confess to the police and serve a little time before he can live with Annie.

Truly. Seriously. That’s his plan. A criminal genius who has been able to evade detection for years, and that’s the best retirement scheme he can come up with?

And does he bother to tell her any of this first? Of course, he doesn’t. He’s going to make a deal with the cops first, then tell her. Yeah, right.

Stupider still, he tells the cops where the incriminating cash is. And does he go with them to make sure he doesn’t get ripped off? No, of course he doesn’t. He totally trusts them. He’ll wait until he hears back from these guys who he’s never met before and who are going to have their hands on untraceable wads of his cash. Hey, what could possibly go wrong with that scenario?

The plot gets even stupider, leading to a lot of second-rate chasing and shooting around Boston, with Annie – whose idiocy matches Carter’s – proving to be the most forgiving woman on Earth as she gets drawn into the violence.

Precisely why the elderly Neeson has hit so big as an action man in films such the Taken trilogy, The A-Team, Unknown, The Grey, Non-Stop and The Commuter remains a matter of volatile conjecture. Has he appropriated Harrison Ford’s appeal as the family man pushed by circumstance? History has yet to adjudicate.

As Neeson closes in on 70, watching his aged frame engage in fights and run with stiff joints can be cringe-inducing. Yet Neeson is such a fine dramatic actor he still somehow manages to bring moments of pathos that makes you wish the film was more deserving.

But it’s junk, even as a time-killer. Aussie Jai Courtney, Robert Patrick (Terminator 2) and Jeffrey Donovan (Burn Notice) are squandered, and though the thing looks like it was shot for the small screen it bizarrely scored an Imax release, apparently due to a shortage of giant-screen content thanks to the good ol’ Covid.

Once it hits the stream might Honest Thief pass muster as a Friday night pizza-and-beer film? Marginally. Just be sure to order lots of both.