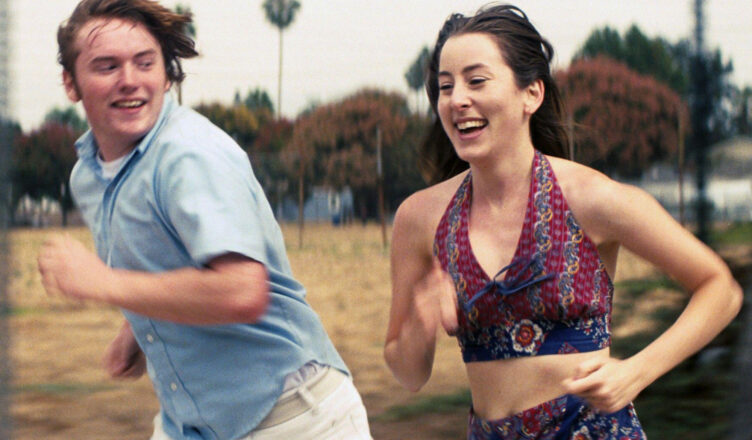 It’s a common-as-heck movie theme, to be sure, yet Anderson’s approach, in keeping with his general approach to storytelling, is cliché averse and driven by character rather than any overt plotting.

As such, the film is a ramble and in no particular hurry to hit story points, so it’s possible some might find its meandering mode a little irksome.

What sells the film are a raft of top performances, especially from its young leads, and a standard of period recreation so evocative and lusciously shot – in glorious widescreen and on film, at Anderson’s insistence to recreate the texture of the films of the time – it often feels like the crew hopped into a time machine.

Despite his admirably robust advances to her on “picture day” she shows no interest in a romance yet happily engages in a friendship that sees them going into – of all things – the waterbed business, an emerging enterprise at the time.

There’s no real plot to Licorice Pizza, taking a more observational approach to the relationship between Gary and Alana as they work together and negotiate the ups and downs of their friendship.

This covers a lot of the ground we usually see in films about teenagers in love – yearning, frustration, awkwardness, conflict – but there’s nothing formulaic or forced in the exploration, thanks to the breezy, naturalistic central performances.

Cooper Hoffman is the son of the late, great Philip Seymour Hoffman, but you don’t need to be told that. Even though Licorice Pizza is his first film, his portrayal oozes with charm and affability.

Likewise, Alana Haim, from the three-piece musical group Haim (her sisters Danielle & Este also appear in small roles) proves to be a natural.

And neither are dolled up; they look like normal youngsters, imperfect teeth, blemishes and all.

Tom Waits, Sean Penn and Bradley Cooper chime in with some wonderful cameos, Cooper being especially funny as a big, woman-loving film producer Jon Peters, eager to ensure the delivery and installation of his waterbed goes off without a hitch. He’s gold.

Admittedly, the film is a stroll, though a deeply enjoyable one thanks to Paul Thomas Anderson’s subdued direction and love of unhurried set pieces, with the film’s off-planet reversing-truck sequence a highlight that is almost genius.

As he demonstrated in Boogie Nights, Anderson is a long-time lover of the unbroken tracking shot and here he delivers a beauty involving a long line of cars waiting for petrol, the defining image of the oil crisis.

Indeed, amidst the wistful warmth conjured by the all the lovely set design, period vehicles and killer soundtrack, Licorice Pizza must be the only film to ever wax nostalgic about the 1970s oil crisis!

After the dramatic heft of There Will Be Blood and The Master, Anderson fans will note the lighter gear he’s operating in here and appreciate how he’s pulled it off with far more panache than his 2014 crime debacle Inherent Vice.

However unintended, this film serves as an apology for that one.