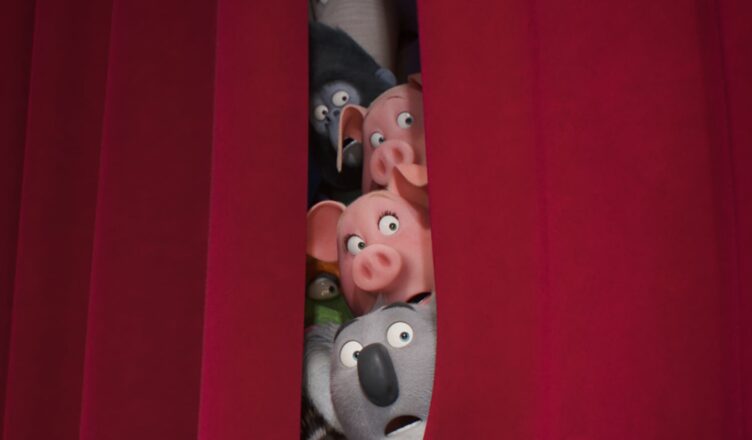 It’s showtime: The gang get ready for another shot at stardom in ‘Sing 2’.

A prime example of filmmakers knowing better than to mess with something that works, Sing 2 struts away with the same charm, humour and aspirational underdog spirit as the 2016 hit Sing, produced by the American animation outfit Illumination, which gave us all them Minion movies.

It’s packing houses and getting nice notices. He believes it can travel and headline in a big city, such is his love for what he does and the talented squibs who grace his stage.

So when a scout from the Las Vegas-like Redshore City tells him, with big-city condescension, that his cute show has found its level his heart sinks.

But not for long, of course. His dogged, determined spirit soon fires up and he recruits a bunch of performers, including all the ones from the first Sing, packs them into a bus and heads to Redshore.

He pitches hard at an audition before the savvy, super-mean producer Jimmy Crystal (Bobby Cannavale) to give him and his team a shot.

Crystal agrees on the condition that Buster includes in the show the classic, has-been performer Clay Calloway (Bono from U2), who has been a recluse since his beloved wife moved on many years earlier.

While that enterprise is undertaken, the rest of the crew have limited time to build the sets for their sci-fi show, which they sell to Crystal without telling him that it’s nothing but an idea.

A delight from end-to-end, Sing 2 zips along at a congenially furious pace, fuelled by a top pop soundtrack and a pretty well-cobbled underlying story about the importance of getting back on your feet.

The first-class animation boasts a love for exaggerated caricatures and, when things get moving, has a buoyant elasticity that has become part of the studio’s signature style from all the Despicable Me films.

As with any good animated feature that feeds on speed, spectacle and goofball antics, writer/ director Garth Jennings (who did the first Sing) knows when to ease off the pedal to allow a few emotional grace notes through.

Smart move that adds up to a frolic of a film that is not only every bit as fun and bouncy as the first one, it also touches. The wonderful musical finale qualifies the film as a genuine musical, not just a mere cartoon romp. Kids will love it but Sing 2 also makes for a good date movie.

There’s also a reprise of the neat theme about perseverance and faith in people, which Buster exudes as he channels the eccentricity of his troupe and shapes it into a show.

He’s such a wonderful, giddy, optimistic character with a never-say-die spirit, even when his life is on the line. How can you not love the guy? Kudos, too, to McConaughey who is more charming and entertaining in any given five minutes of voicework as Buster than he was in a lot of the movies he made during his take-my-shirt-off phase.

And get set for more of these Sing films. Animation is an enormously lucrative genre and if Sing 2 hits like Sing did (taking some $US634 million at the box office, double that for the stream) expect Buster and the gang back for more jukebox musical mayhem.