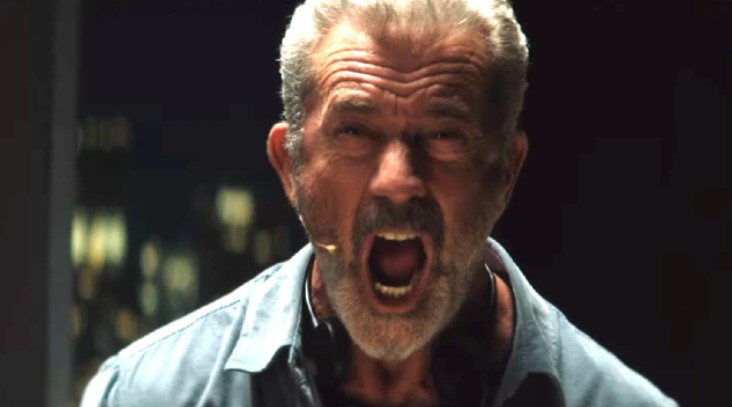 Bad call: Mel Gibson lets loose as a talkback DJ in ‘On the Line’.

ON THE LINE * (104 minutes) M
To be absolutely clear, whatever his personal issues are, Mel Gibson has long established himself as both a terrific, versatile actor and a gifted director. So, pray, what is he doing in a piece of junk like On the Line? Written and limply directed by Romuald Boulanger, an uncharacteristically wooden Gibson plays late-night radio talkback host Elvis Cooney who is terrorized by a caller. As a thriller it’s remarkably unthrilling and the big payoff might just have you throwing your popcorn at the screen. Terrible. Just terrible.

MILLIE LIES LOW *1/2 (100 minutes) MA
On her way to a career-boosting job in New York, aspiring architect Millie (Ana Scotney) has a vaguely defined panic attack – she claims a heart attack, but that doesn’t hold – and gets off the plane before it leaves the tarmac in New Zealand.

She then immediately tries rebooking a flight – what? – but now has to raise two thousand dollars while pretending to family and friends that she’s happily in NY.

Though there’s a nice performance from Scotney the film quickly runs out of puff. There are a few good comic moments early on but no comic tension as she tries to sustain the ruse.

Directed and co-written (with Eli Kent) by Michelle Savill, it’s another case of a film with a good premise but no follow through. It’s very difficult to buy in, or even care, with so little attention to making Millie’s movements even vaguely plausible.