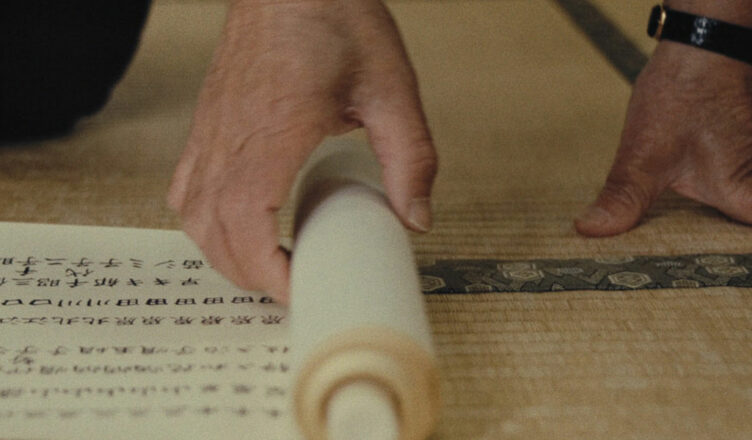 PAPER CITY ****1/2 (80 minutes)
It comes as something of a shock to learn from Adrian Francis’s absorbing, deeply unsettling, historically responsible documentary Paper City that living survivors of the American firebombing of Japanese civilians in March 1945 are barely a blip on their government’s radar.

While soldiers and their families were granted generous benefits, ordinary folk who lived through the horror have been officially neglected, with any acknowledgement of their suffering apparently at the top of the Pay No Mind list.

With intimate, subtle camera work, Francis focuses on three survivors as they valiantly garner support for a change to legislation so that their chapter in history will no longer be ignored or targeted for what seems like deliberate erasure.

While the film illustrates the extent of the carnage and horror inflicted by America, it wisely – and perhaps bravely – also frames the raids in proper historical context.

From survivors we hear of how Japan provoked the United States into war and that Imperial leaders swept away opportunities to surrender long before the raids, even after the tide had decidedly turned against Japan.

These important points could have been made through the citation of historical fact, showing maps, charts, official documents and so forth.

Instead, they are mostly delivered through the humanizing, emotional voices of the film’s aged yet dauntless subjects, determined to ensure their stories are not allowed to fade away into the mists history.

Sobering as it is to hear them say, quite rightly, how such treatment would be unheard of in Europe (or any other place, for that matter), even more startling is the revelation of how wartime civilians in Japan were conditioned to disregard the dangers of saturation bombing, the standing order being to stay and fight raging fires with water buckets rather than flee to safety.

Paper City is an extraordinary documentary that pits the atrocities of war against the bureaucratic obscenity of denying the suffering of innocent people who, in the finals days of their lives, want nothing more than the recognition and respect that was due them more than 70 years ago.

Far from being a dry or academic history lesson, Paper City should prove as compelling to those with scant interest in the events of 1939-45 as it will no doubt be to war buffs and those with a direct connection to WW2.

LITTLE TORNADOES **** (94 minutes)
Without notice, hard-working machine operator Leo (Mark Leonard Winter) finds himself abandoned by his wife, leaving him with two young kids, all her responsibilities and no explanation or apology.

Set in a small rural town in the early 1970s, Leo struggles with his new, soul-crushing routine of day-to-day living: preparing the kids for school; working; visiting his mother’s grave; trying to connect with his non-communicative dad (Robert Menzies), a WW2 veteran, farmer and emotional shut-in.

Exasperating Leo’s anguish is the mystery of what went wrong. She won’t call, and his calls to her sister in Melbourne, pleading for some word from his wife about what is going on, fill him with guilt, doubt and resentment. They also make especially painful the questions from his children about where their mother is and when she’ll be back.

Into his bleak, hope-starved life a splash of light arrives in the form of Maria (Silvia Colloca), the young, beautiful widowed sister of workmate Tony (Fabio Motta) who has volunteered her to fill Leo’s chronic need for a child minder.

Director Aaron Wilson, who co-wrote the film with Christos Tsiolkas (The Slap; Head On; Barracuda) brings a delicate hand to this heartfelt, sombre domestic drama.

As the troubled, tortured Leo, Mark Leonard Winter brings the quiet intensity that has become his signature. It contrasts nicely to the upbeat beats of Colloca’s life-loving Maria.

And special kudos to Wilson for blessing the film with the incredibly rare treat of child actors (Minnie and Freddy Liszukiewicz) actually behaving like real children and not like miniature adults.

The film is beautifully photographed with a seasoned eye for natural light by Stefan Duscio, a gun cinematographer whose exceptional CV includes Jungle, Judy & Punch, Upgrade, The Invisible Man, The Dry and Acute Misfortune.

Along with the finely judged use of close-ups and wide shots, he does a great job softly illuminating the period detail sprinkled across almost every frame of the film. Those old enough to remember the kitchen décor of the early 1970s will marvel at the exacting attention paid here, right down to the plastic cannisters.

Small Tornadoes is Wilson’s second feature after his notable, though little-seen 2013 debut Canopy. The promise he showed there is in full flight here.

NOWHERE INN ***1/2 (94 minutes)
In the spirit of such classic music mockumentaries as Spinal Tap, A Mighty Wind and Bad News – but taking the form quite a few steps further – comes the very funny fame-takedown Nowhere Inn, a meta-fauxumentary chronicling the noble attempt by Carrie Brownstein (Portlandia) to capture on film the essence of her bestie Annie Clark, aka musical artist St Vincent.

Trouble is, Clark’s off-stage persona isn’t anywhere near as enigmatic or alluring as her on-stage self, so Brownstein politely prompts her to dial up her St Vincent mystique for the sake of providing better footage to complement her concert coverage.

Very nimbly directed by Bill Benz (who worked with Brownstein and Fred Armisen on Portlandia), the ploy does its job before taking on a life of its own, stepping beyond the control of both women as one plays up to her image while the other strives for authenticity. It’s a great tension that grows well beyond being merely comic.

With very good performances from the leads playing heightened versions of themselves – a comedy schtick popularized by the advent of Seinfeld – and alternating aspect ratios making very clear where we are with the film (16:9) and with the film-within-the-film (4:3), Nowhere Inn deftly develops from affectionate spoof to something with the bite of genuine black comedy as it cuts into the concept of artistic identity and the malleable nature of documentary “truth”.

For details and updates on all these films please go here