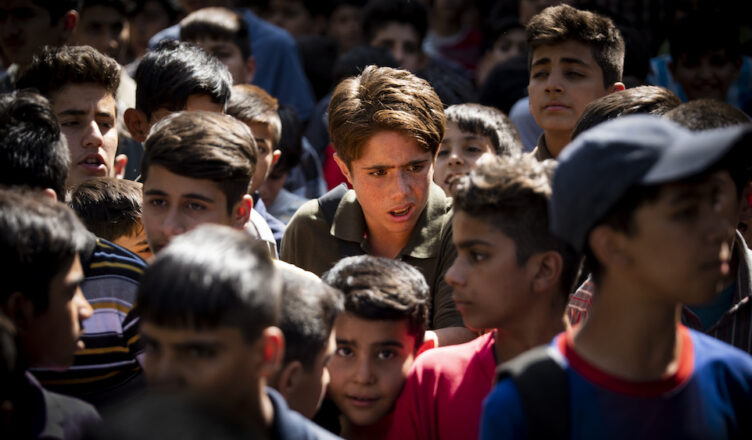 As the heavily disrupted MIFF 2021 powers down after a gallant run, here are a few final reviews.

SUN CHILDREN ***1/2 (99 minutes)
Anyone prone to anxiety caused by claustrophobia should be warned that some of the scenes in Majid Majidi’s solid social drama about the exploitation of poverty-stricken Iranian children could prove challenging.

Trying to scratch together whatever money as he can from odd jobs and petty crimes, Ali (Rouhollah Zamani, in a remarkable performance) is approached by a local shyster with a dicey but attractive enterprise.

Beneath the local graveyard, Ali is told, there lies a hidden treasure, and he’s in for a taste if he can get to it via a long-forgotten underground passageway.

The catch: the only access point to the tunnel is inside a struggling school set up to teach skills and life lessons to the area’s many street kids. So Ali will need to enroll and pretend to be interested in getting an education in order to locate the tunnel and complete his end of the bargain.

Blending the drama of a heist thriller with the poignancy of a strident social critique, Majidi toggles expertly between the tension of Ali’s desperate tunnelling and the bitter realities faced by the children of Iran who rate a zero on the official care factor register.

Forced to work crappy jobs and commit petty crimes without any danger of ever being bothered by a truant officer, these kids are regarded as cheap labour and easy pickings for local crims.

As vulnerable as he is opportunistic, Ali is a prime prospect for manipulation, his plight vividly reflecting Majidi’s bitter critique of how such kids are treated.

As Ali secretly toils away at the tunnel with his pick axe and mobile phone, Majidi dials up the grotty detail with little relent.

In what must have been a meticulously recreated studio set, Majidi is at pains to emphasize the narrow, sweat-inducing constraints of the tunnel, the filth Ali has to crawl through – no escaping the symbolism there – and the ever-present danger of cave ins.

As for the nature of the drama above ground, the director is clearly one ticked off dude.

Schooling these deprived kids is hard enough for the chronically under-resourced teachers as they deal with schoolyard fights, power failures and, in one blistering scene, a knife-wielding parent who want their kid out of the classroom and into a hard labour job.

Majidi and his cinematographer Hooman Behmanesh certainly have an eye for irony with one memorable scene powerfully illustrating the plight of these kids as they scaling a wall to get in to their school as it faces closure for overdue rent.

Recent events have dated the film somewhat, with some of the kids in Sun Children dreaming of leaving Iran for a new life in Afghanistan.

Probably not a good idea now. Then again, the film was made in 2020, which raises the question: where would the subjects of Sun Children go now?

It only heightens the dire lack of options and opportunities available to these kids as they struggle to survive on the bottom rung of modern Iranian society.

QUEEN OF GLORY **1/2 (74 minutes)
It’s not often there is cause to complain about a film being too short, yet Queen of Glory is a case in point.

Written, directed and starring Nana Mensah, the film tells the all-too-brief story of Sarah (Mensah), a serious scientist eager to leave New York with her scientist partner for the wilds of Ohio.

Having just lost her mother she has to preside over the funeral rituals demanded by her Ghanaian relatives as well as sell the Christian bookshop her mother left her.

All would be a breeze if it weren’t for two small things: her partner is still married (to a co-worker, no less); and the bookshop’s sole employee, Pitt (Meeko Gattuso), is a born-again ex-con who will be forever grateful to Sarah’s mum for giving him the chance to move on and to build a decent life, which involves baking and learning how to run a business.

Mensah does a perfectly fine job setting up all these dramatic skittles but simply doesn’t have enough time to deal with them properly.

This is particularly annoying when it comes to Pitt. He’s easily the film’s most interesting and complex character, yet gets so little screen time.

Unfortunately, after such a good kick off, what we end up with is a cauterized story that winds up matters far too quickly and far too conveniently.

It’s a guess, but it feels like the resources required to provide the satisfying final reel the story needed dried up.

Whatever the case, Mensah leaves us short by about 20 minutes of drama about resolving the relationship crisis and Pitt’s future.

ALL LIGHT, EVERYWHERE (109 minutes) **
The advent of body cameras as used by the police to gather evidence is the main target in Theo Anthony’s meandering, weak-kneed documentary about the alleged “truth” captured by the surveillance lens.

With what appears to be high-level access, the film features extensive Fredrick Wiseman-like verite segments inside the plant that manufactures body cameras and at the training sessions where cops are instructed about police policy and how best to use their new hi-tech gear.

The film also gets inside a fiery community meeting where suspicious citizens question the need and extent of a proposed surveillance system intended to make everyone safer. It’s good stuff.

These are, by far, the best and most interesting parts of All Light, Everywhere.

What hobbles the film – which, in all fairness, has been widely acclaimed, earning several prestigious awards – are the watery attempts to build a conspiratorial case against the inherent bias of cameras.

The film often digresses into muddled, pseudo-philosophical musings about the reality captured by cameras. One notable moment citing a key moment in the history of aerial cameras is made laughable when the film’s emotionless narrator starts having as go at the pigeon to which the apparatus was strapped.

The film ineffectively strains to push the idea that, deeply embedded in the very concept of the camera (stretching back to its invention in the early 1800s), is the desire to extract data from people by reducing them to objects.

Try as it might, it just doesn’t come off. The film wants to be taken ever so seriously, yet rather than being profound it comes across as pretentious and unconvincing.

For all its stylistic flourishes, All Light, Everywhere pales in comparison toCoded Bias (at MIFF 2020), which prosecuted the downside of technology with much greater intelligence, rigour and scope.