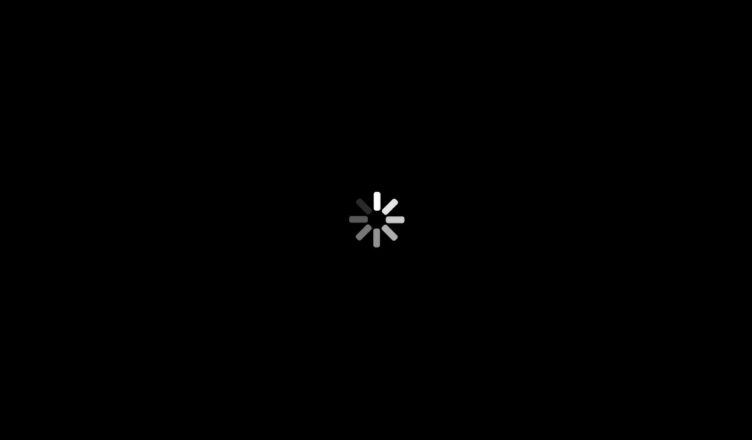 Round and round: The buffering wheel was one of the unwelcome guests at MIFF 2021.

Nobody needs to be told that it’s been a tough year for cinema in general, and for the Melbourne International Film Festival in particular.

So, let us all join mitts and ardently pray at this sobering juncture that the health disaster slowly unfurling before us doesn’t result in a Covid Christmas, even though that’s where all signs presently point. Nobody wants it defining our future, which has been compromised enough by this recalcitrant scourge.

As it is, cinema continues to suffer and there are only so many big hits it can take.

One rather stark example is seen in the recent release – or should that be, attempted release – of the big studio film The Suicide Squad. It couldn’t open in Sydney and ran in Melbourne for less than two days before cinemas downed grills because of the latest lockdown.

MIFF remained valiant throughout the escalation of restrictions. Kudos must be extended to all those in the organization for seeing it through, maintaining MIFF’s commitment to film while observing the punishing constraints imposed upon the schedule.

It was truly heart-breaking when the announcement came through that MIFF had to cancel its theatre screenings, leaving us to embrace the festival’s offerings online. That, at least, was something for film lovers to cling to.

To be honest, though – and at the risk of stating the bleeding obvious – watching festival films online can be a decidedly ordinary experience.

Filmmakers don’t want the first exposure festival goers get of their work to be on the small screen of a computer, tablet or – worst of all – a phone.

Along with the ambient light that further compromises a reduction in image size come a set of exasperating vagaries – flaky internet connections; device tolerances; erratic streaming platforms – that can turn a 90-minute feature into a two-and-a-half hour ordeal.

You’re deep into a film. Suddenly, the audio cuts and the characters freeze. You scream for the thing to start up again. And it does, only for the same thing to happen over and over every few minutes. It’s like a bad dream. The frustration of having a viewing continually interrupted by that damned buffering wheel is enough to drive anybody nuts.

Equally infuriating are the supposed solutions to the problem. Refresh the page. Switch browsers. Wait for the film to load. Or, the most soul-crushing of all, go to the settings and reduce the resolution of the film so your device has less data to process.

Great. So instead of watching a film in nice, clear 1080 – as you’d expect the director would wish – you’re watching it in 360, a scenario that no doubt would have any self-respecting filmmaker squealing with agony at how diminished their art has to become before it can be experienced without interruption.

It’s especially maddening if you’ve gone to the effort of watching your films through a home theatre, a set-up that offers the worst of all possible worlds.

There you are, sitting in front of your luminous 200-inch screen watching an already degraded image writ large before your watering eyes as you try to ignore all the pixilation and focus on a fuzzy picture.

Yeah, it kind of looks OK and is sort of tolerable enough to watch, you think – just don’t catch yourself wondering about how good the film would really look if you were in a proper venue watching the thing the way the artists who slaved over it intended.

Nobody’s at fault here. There’s nobody to blame. It’s just the way it is – for the time being at least.

So here’s praying, hope against hope, such screening conditions don’t become The New Normal and that we can soon get back to where we all should be – in front of a big, beautiful cinema screen.