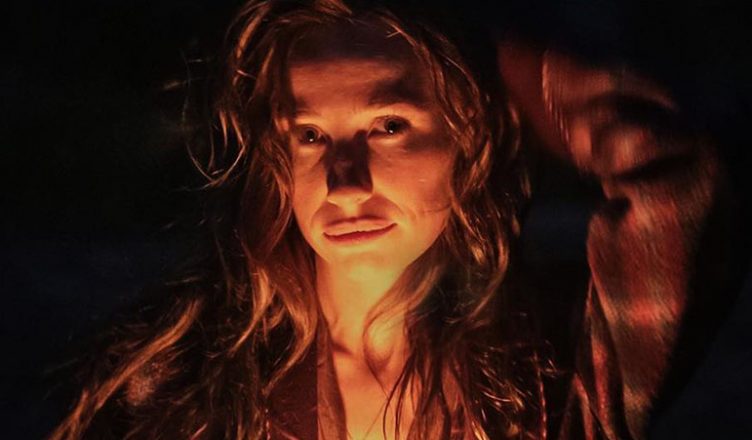 MOTHER MOUNTAIN *** (105 minutes) M
It’s hard enough being a mother without everybody picking faults in how you’re raising your kids or managing your marriage.

Tougher still is doing your very best to cope with the strains of family life only to suspect that you might, in fact, not actually not be doing a very good job of it.

That’s the emotionally perilous situation young Selene (Emilie Cocquerel in a wonderful performance) finds herself sandwiched in when her family moves to a sweet little rural town.

In an impressive debut, writer/director Celina Stang avoids histrionics in her deep etching of Selene’s bumpy relationship with her loving husband Dean (Fayssal Bazzi) and her daughter Shani (Willow Spears), who misses the life they left, and not just because she can’t get decent internet.

Despite trying her best, Selene struggles with a troubling and complicated backstory, carefully revealed to us in finely measured increments as the full picture slowly comes together.

Without pushing, Stang introduces elements of indigenous culture through the locals who tell of the local mountain and its spiritual character. Selene’s Jewish heritage also comes into play with the arrival of her well-meaning parents Linda (Anne Lambert) and Leonard (Pip Miller).

Selene’s reception to their sudden presence might be frosty, but we’re kept in two minds as to whether they are being helpful or merely meddling, one of many story points that show Stang’s love of keeping things emotionally ambivalent.

Themes of blame and self-recrimination course through Selene’s attempt to find her bearings, especially when facing hard truths about the life she tried to escape.

Performances throughout are naturalistic and believable, with young Willow Spears and Jarrah Finnerman (as her school chum, Ren) proving particularly good.

A well-directed, intimate domestic drama, dramatically solid with a raft of good turns and a lovely location shoot, the film had a strong reception at the Cannes World Film Festival last October and at this year’s Jewish International Film Festival.

Here’s hoping it doesn’t vanish into the abyss.

AFTER YANG * (96 minutes) PG
Given how intrinsically interesting the topic of artificial intelligence is, it must rank as an achievement of considerable note just how dull After Yang turns out to be.

The film starts out well enough, after a spright opening techno dance sequence. Set in the near-future (of course) we find the titular, life-like android (Justin H. Min) as part of a family parented by Jake (Colin Farrell) and Kyra (Jodie Turner-Smith).

When Yang starts playing up Jake tries getting him repaired rather than replaced for the sake of his daughter Mika (Malea Emma Tjandrawidjaja).

Entangled in the complications of dealing with second-hand dealers and unauthorized repair people Jake learns of the android’s memory capacity, revealing the comprehensive record it has kept not just of its life with Jake’s family, but of its life beforehand.

Directed and written by the pseudonymous Kogonada, the film quickly devolves into a tedious wordfest that tries hard to say something deep about memory, loss, the nature of consciousness and such like.

Regrettably, the only thing deep about After Yang is the sleep it’s likely to lull you into.