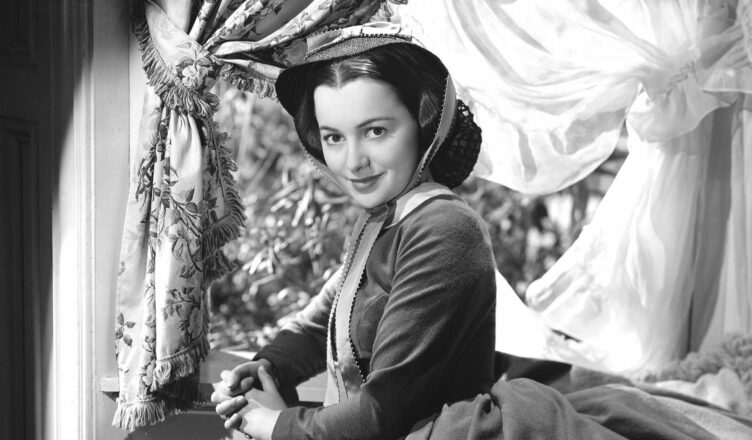 The sad passing of Olivia de Havilland – who died in her sleep at the age of 104 at her home in Paris over the weekend – leaves us with a mountain range of achievement to reflect upon and appreciate.

As one of the last veterans of Old Hollywood, de Havilland’s movie career spans across six decades and includes more than 50 titles. She won two Oscars (The Heiress; To Each His Own) and was nominated three times. She rose to fame early in her career as Errol Flynn’s co-star and for her Oscar-nominated performance in Gone with the Wind. She was the last living member of the cast.

Key to de Havilland’s formidable legacy is the 1943 legal victory she had over Warner Bros, which had her bound to a contract that greatly restricted her freedom to pursue roles offered by other studios.

With great fortitude and the backing of the Screen Actors Guild, de Havilland challenged the studio in court and won.

The historic victory was, by the strictest definition, a game-changer.

It freed de Havilland of contractual constrictions, allowing her to pursue more substantial and creative roles with other studios that went far beyond her typecasting as a naive woman-child.

Her defiance of established studio power reflected the attitude of other Hollywood women who also challenged studio orthodoxy, such as Bette Davis, Joan Crawford, Barbara Stanwyck and Katharine Hepburn.

Whenever actresses today speak of the need for more strong female leads in movies they owe an incalculable debt to the courage of women such as Olivia de Havilland for initiating the shifts in law and mindset that make change possible.

TOP TEN OLIVIA DE HAVILLAND FILMS
Here is a selection of her most memorable roles. 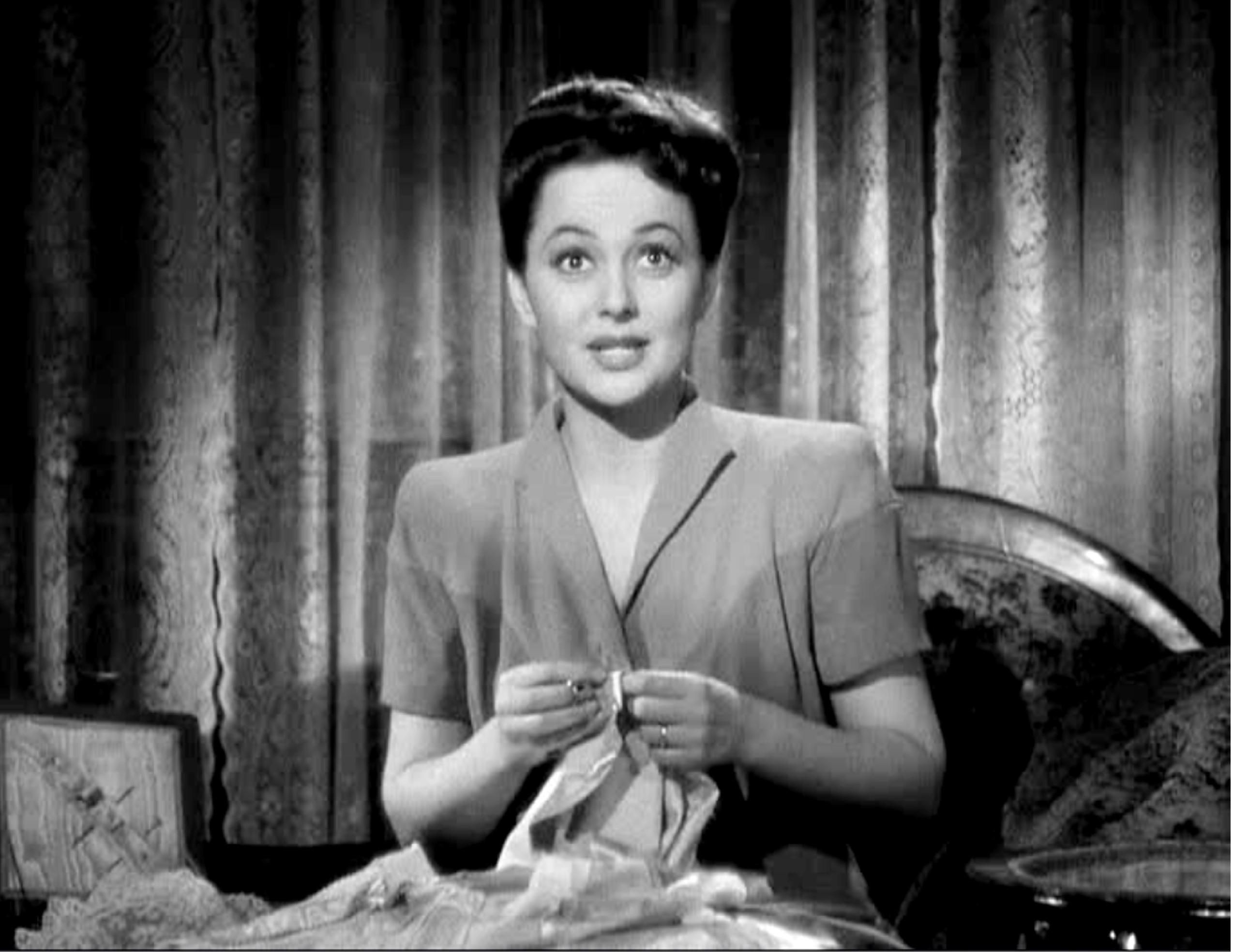 IN THIS OUR LIFE (1942)
Opposite her life-long friend Bette Davis, de Havilland played the virtuous sister to the scheming, seductive Davis. Despite the Hollywood production code, director John Huston got away with some very edgy content, including incestuous teasing. De Havilland was hitting the end of her “good girl” phase with her sturdy, blemish-free performance. 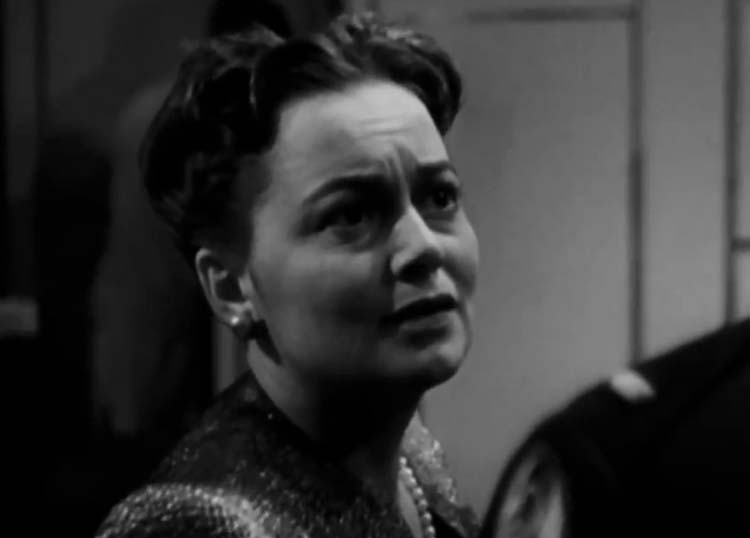 TO EACH HIS OWN (1946)
Entering her more challenging chapter, de Havilland plays an unmarried mother forced to give up her son, though she can’t give up her maternal instincts. She won her first best-actress Oscar for an outstanding, subdued performance yet, for some bizarre reason, the film remains extremely difficult to find. 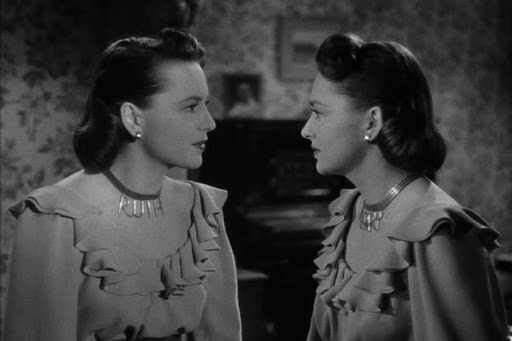 THE DARK MIRROR (1946)
Every great movie career has its mis-steps, but though this psychological drama doesn’t quite work de Havilland’s double-turn as twin sisters – one nice, the other not-so-nice – suspected of murder show how game an actress she was. De Havilland clearly bit off more than she could chew, and it didn’t help that the film came out soon after A Stolen Life, in which Bette Davis did a better job playing twins. 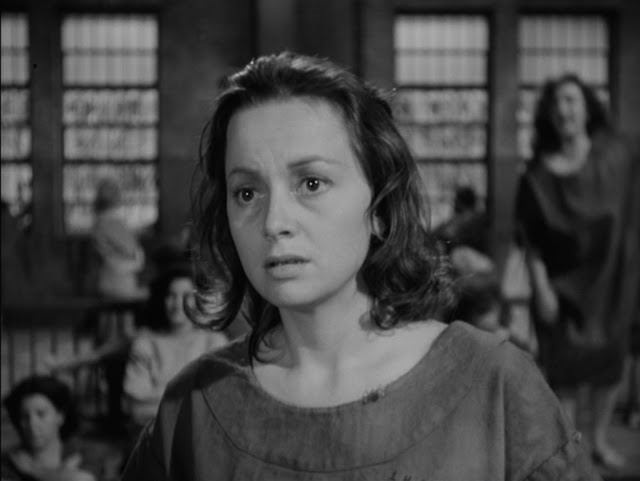 THE SNAKE PIT (1948)
In her stunning portrayal of a disturbed woman suffering from deeply buried childhood trauma, de Havilland caused a sensation in one of Hollywood’s first serious films to tackle the thorny topic of mental illness. Any doubts that she was a serious actress capable of pulling off tough roles were blown away by her compelling performance, which scored her an Oscar nomination in a controversial film credited with igniting nationwide reform in mental facilities. 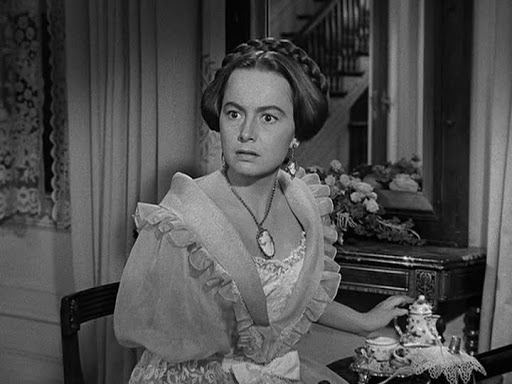 THE HEIRESS (1949)
As the shy, unattractive daughter of a wealthy, pushy father (Ralph Richardson) de Havilland had to sell her homely heroine as somebody who could stand up both to her dad and to the questionable motives of her lover (Montgomery Clift). In a solid performance that earned her a second Oscar, this faultless adaptation of Henry James’ Washington Square still shines as one of de Havilland’s greatest screen portrayals. 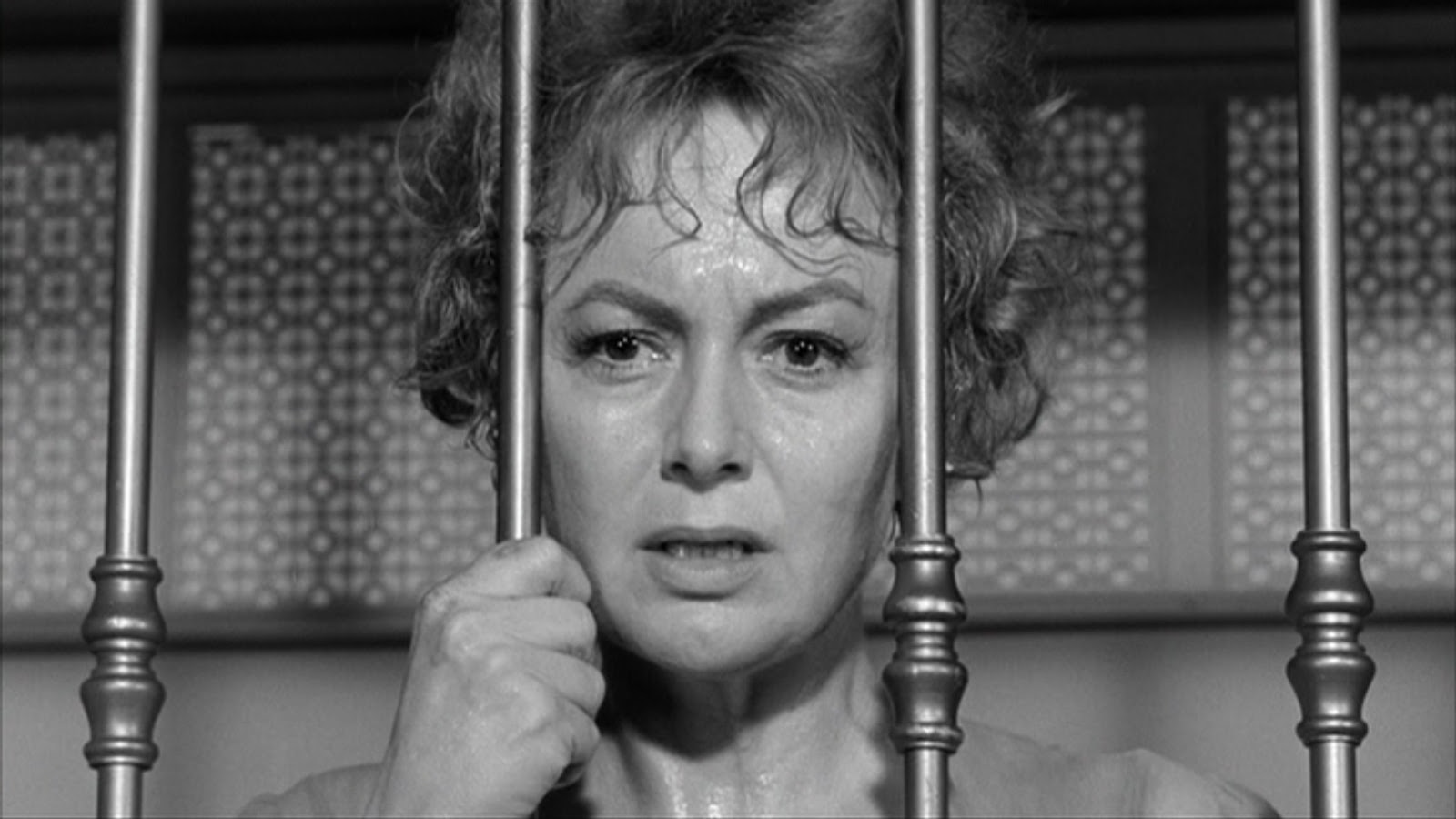 LADY IN A CAGE (1964)
Playing a hobbled woman stuck in an elevator and terrorized by urban thugs, it’s de Havilland versus the young, violent James Caan (in his big-screen starring debut). Much like the Hollywood studio system, he greatly underestimates her resolve in this edgy black comedy about suburban alienation. 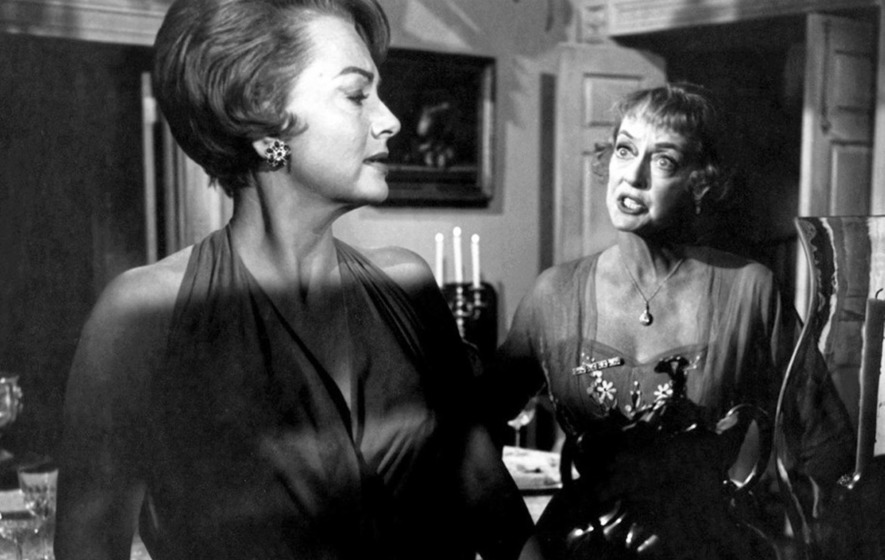 HUSH…HUSH, SWEET CHARLOTTE (1964)
As the envious, money-hungry cousin to a mentally aberrant Bette Davis, de Havilland plays it sweet and nice as she schemes with her lover (Joseph Cotton) to swindle Bette out of her fortune. On balance, this is de Havilland’s best bad girl role. Director Robert Aldrich, who had just triumphed with Whatever Happened to Baby Jane, clearly clicked with de Havilland’s love of darker, meatier roles. 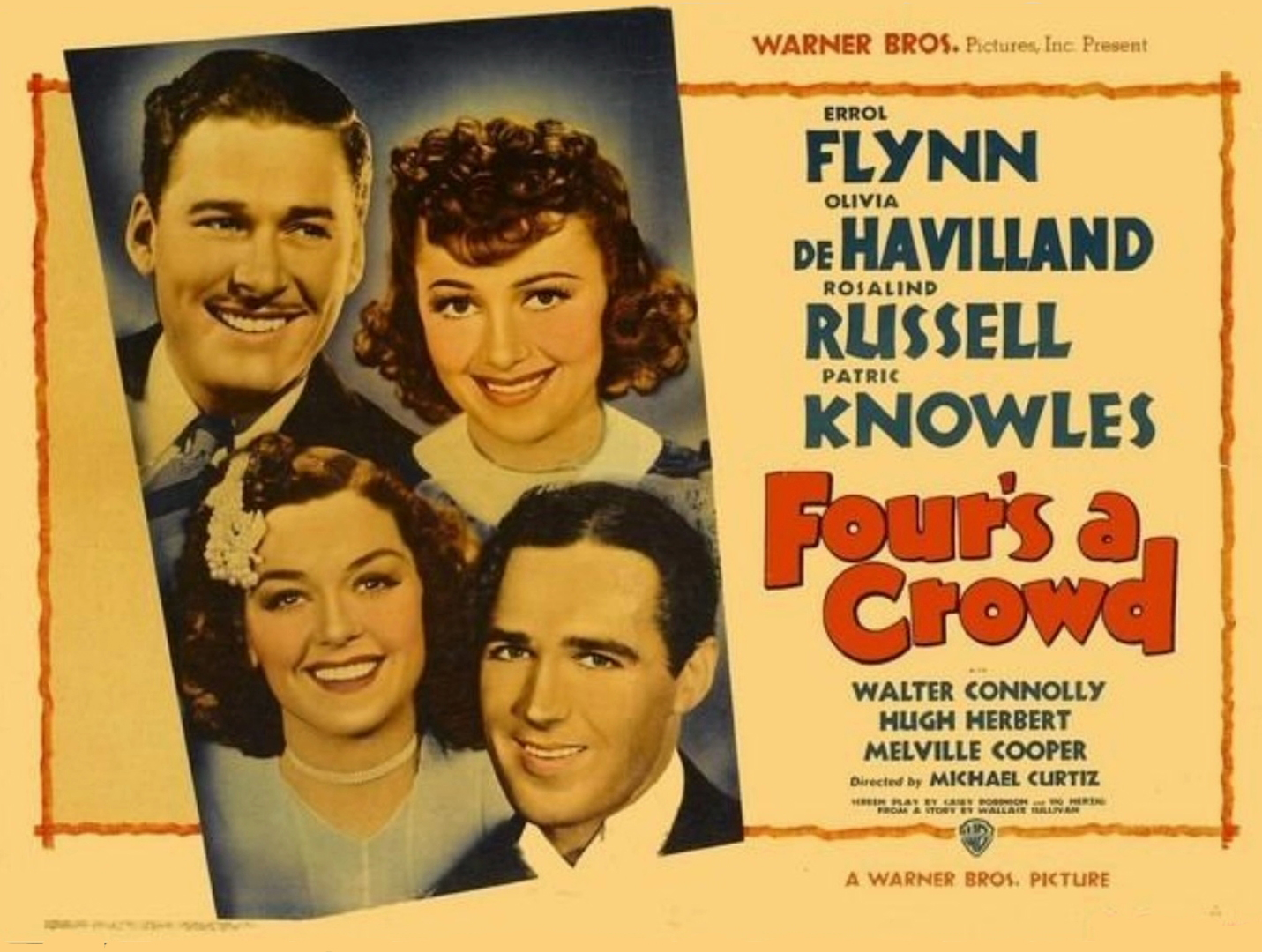 FOUR’S A CROWD (1938)
It’s strange. Of the eight films they made together this was the only screwball comedy de Havilland made with Errol Flynn. Oddly, they never made another, despite their obvious, box office-friendly chemistry. 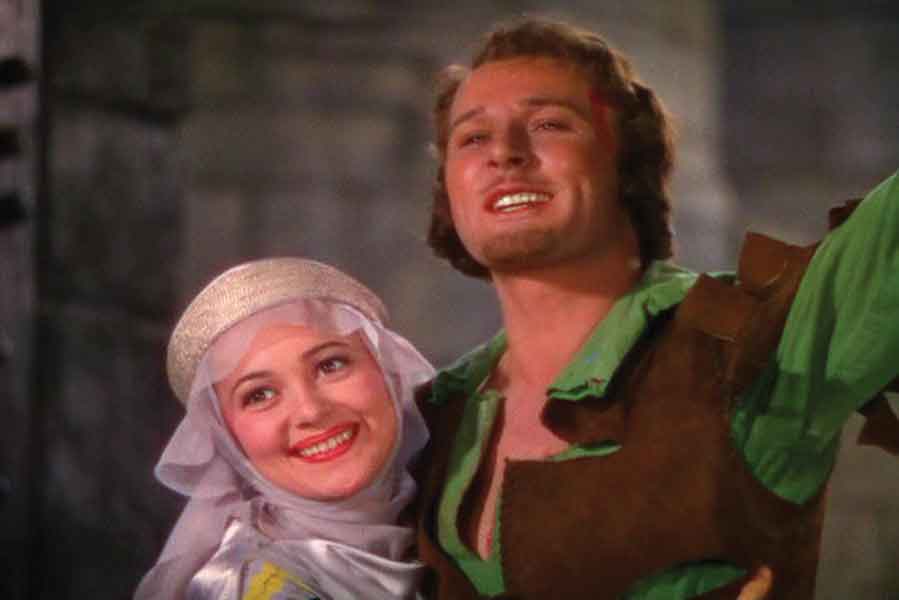 THE ADVENTURES OF ROBIN HOOD (1938)
Just as Flynn will always be known as the definitive Robin Hood, de Havilland’s fun mixture of coyness and spunk will forever be the Maid Marian against whom all others shall be measured. 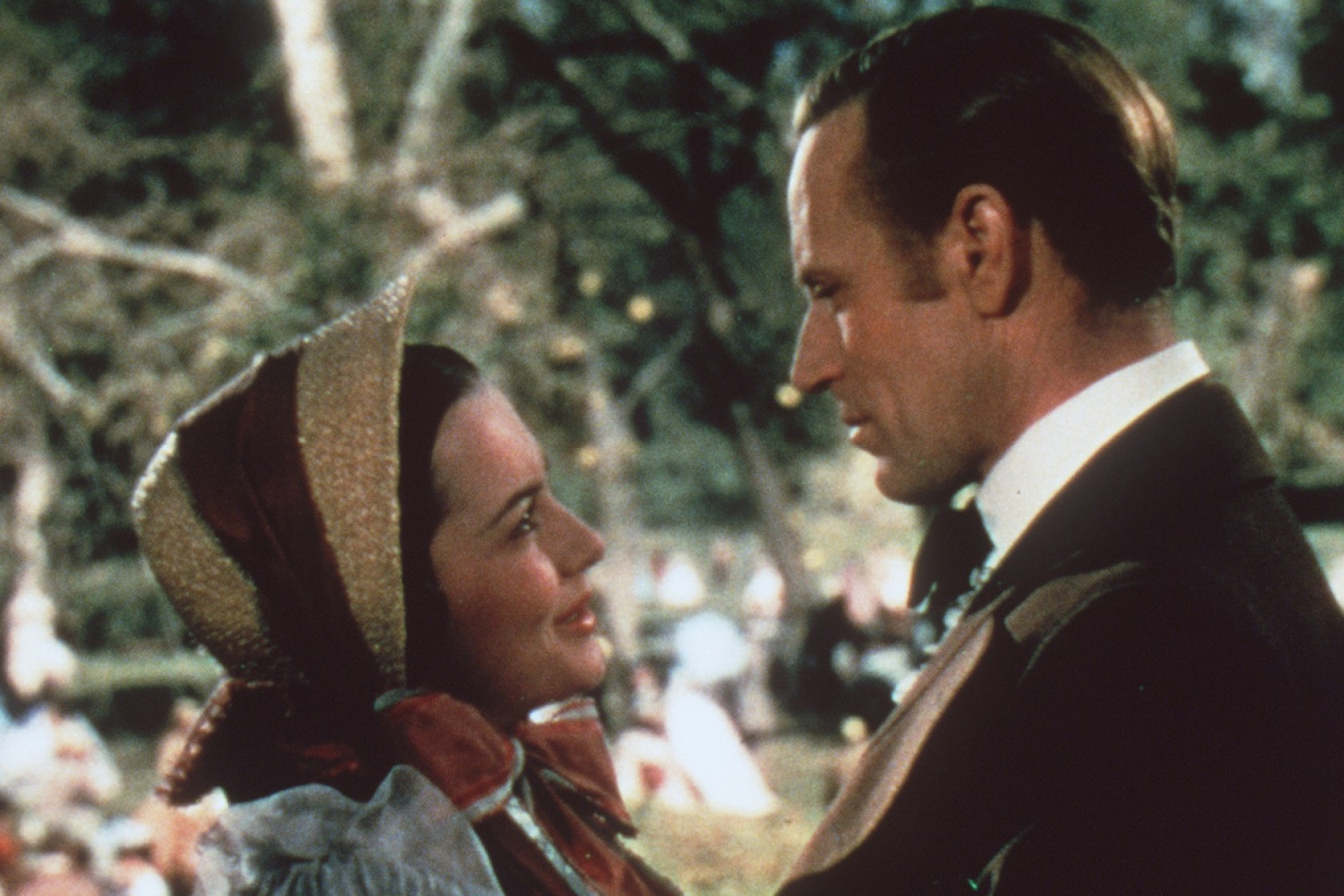 GONE WITH THE WIND (1939)
Vivien Leigh’s Scarlett O’Hara might have been the centrepiece of the ultimate Hollywood epic, yet de Havilland’s Melanie Hamilton Wilkes made it work by providing the crucial dramatic counterweight. Only 22 when she made it, her terrific performance coupled with film’s phenomenal success gave de Havilland the leverage she needed to develop beyond her “rescue fodder” roles into deeper, more meaningful characters.