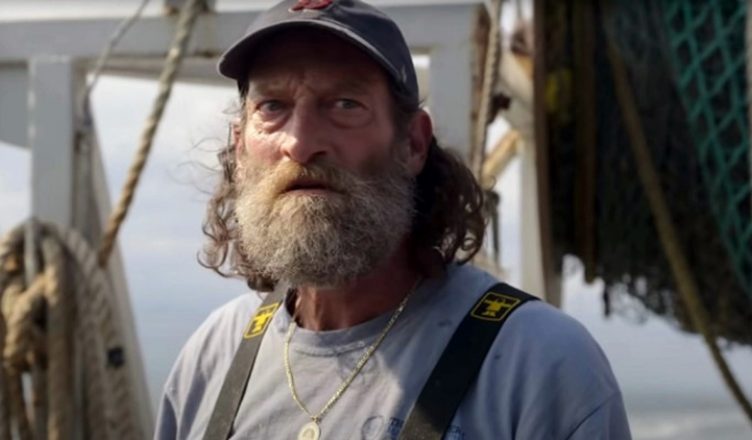 Though it was predicted here it still came as a pleasant surprise of Jovian proportions that the touching independent film CODA beat out all the heavy hitters to take out Best Film at the 94th Academy Awards.

The film, about a teen girl trying to break free of her deaf family’s demands, proved to be the darling of the night by also winning Best Adapted Screenplay for director Sian Heder and Best Supporting Actor for Troy Kotsur, the two other awards for which it was nominated.

CODA is only the sixth film in Oscar history to win Best Film without a Best Director nomination, capping its fairy tale rise from being a modest, no-name independent movie to conquering Hollywood, leaving in its wake such expensive, high-profile contenders as Dune, West Side Story and The Power of the Dog.

By and large the awards went where they should have gone.

The only undeserved award was Jane Campion picking up Best Director for the tedious western The Power of the Dog.

Despite leading the race with 12 nominations, the much-touted New Zealand/Australian co-production took no other awards and received a huge brickbat from co-host Wanda Sykes who quipped how she had seen the film three times and was still only half way through.

Sykes and co-hosts Amy Schumer and Regina Hill did a fairly good job, at least compared to the hosting gigs of previous years.

Playing up her desperate singledom, Hill proved especially crowd-pleasing, using Covid protocols to call up to the stage a select group of handsome actors, hoping to corral one as a boyfriend. She also used Covid as an excuse to feel up presenters Josh Brolin and Jason Momoa, each readily submitting to her exacting pat-down. It wasn’t very #metoo, but still it was funny.

Of course, had the genders been reversed there would have been outrage. Why? Isn’t that hypocritical? Good question.

Sykes delivered a terrific filmed piece about the new Oscar museum – including a red-hot barb about Harvey Weinstein – and got a huge laugh when she came out as Will Smith from King Richard, pushing a supermarket shopping trolley filled with tennis balls.

The least of the three was Schumer. She scored some good laughs, especially when suspended mid-air dressed as Spider-man, but squeezing in a reference to genocide in Ukraine was awkward and unnecessary. The war was duly and respectfully acknowledged with a minute’s silence but Schumer just couldn’t help herself.

An intrinsic part of any Oscars ceremony is the montage and this year offered some great excuses with anniversary tributes to The Godfather (50 years old) and James Bond (60 years old).

There were also lively nods to 1994’s Pulp Fiction as John Travolta, Uma Thurman and Samuel L Jackson took to the stage to dance, and 1992’s White Men Can’t Jump, with stars Wesley Snipes and Woody Harrelson showing how little their dress sense has changed.

The stage was graced by several legends: director Francis Ford Coppola, Al Pacino and Robert De Niro appeared for the Godfather salute; Anthony Hopkins presented Best Actress; Bill Murray paid tribute to the late Ivan Reitman, who directed him in Ghostbusters; and most moving of all, Lady Gaga aided a very frail yet cheery, wheelchair-bound Liza Minnelli to present Best Film. It was great to see her, sad to see her in declining health.

Acceptance speech highlights came from deaf actor Kotsur, whose moving sentiments about respect for the deaf community were echoed by Jessica Chastain, her touching words embodying the spirit of inclusion that ran throughout the night, with various presenters and winners championing LGBT, black and Latino representation in film.

Most poignant was how director Ahmir Questlove Thompson, when accepting the Best Documentary Oscar for Summer of Soul remarked on how little America’s racial climate had changed between 1969 and now.

The Will Smith Incident

Of course, the literal show stopper of the 94th Oscars ceremony was the violence doled out by Will Smith to comedian Chris Rock.

There to present the Oscar for Best Documentary, Rock was merrily gagging away to everybody’s delight until he made a disparaging reference to Smith’s wife, actress Jada Pinkett Smith and her shaven head.

He joked about how he was looking forward to seeing her in the sequel to G.I. Jane, the 1997 film in which Demi Moore sported a shaved head to play an army recruit. The gag appeared to mock her alopecia, a hair-loss condition she had been publicly addressing since 2018. She clearly didn’t think the joke was funny.

Neither did Smith, who strode up to Rock, soundly slapped him, returned to his seat and yelled “Keep my wife’s name out your f-ing mouth!” It was a line so good he said it twice, the second time in an echo chamber of an auditorium that had been stunned into silence by the assault.

During the break Will Smith appeared to get counselling from Tyler Perry, Denzel Washington and Bradley Cooper.

To give Schumer her due, she reprocessed the shocking incident into a funny bit, saying: “I’ve been getting out of that Spider-Man costume. Did I miss anything? There’s, like, a different vibe in here.” Smith, who had accepted his award, laughed.

While the moment was apparently blocked in the US it went to air here on Channel Seven – both live and in the repeat screening on Monday night. However, the 7Plus streamcast, lagging about a minute behind the live broadcast, awkwardly and suddenly went to ads to cut around the incident.

In any case, the entire incident quickly hit YouTube. Check it out.

In Smith’s teary acceptance speech he apologized to the academy for the incident – though not to Rock – and noted how Denzel Washington “said to me a few minutes ago, he said ‘at your highest moment be careful, that’s when The Devil comes for you’.”

In a lengthy speech, Smith paid tribute to the power of the story behind the Williams family and of the instinct to protect those closest to you, clearly referencing his coshing of Chris Rock by saying how “love makes you do crazy things”. Smith added how the assault was an example of how “art imitates life”, that his behaviour mirrored the values of the character he played in King Richard.

Smith also declared how he felt God was guiding his career to shine light though, to be blunt, it sounded a lot like he was invoking his relationship with The Almighty to try and paper over his violent conduct.

If Smith was quoting him correctly, Denzel Washington certainly has a point.

This Oscar should have been a glittering moment for Smith. But it seems The Devil got involved.

The statuette was set to help correct the wavering course of his film career, which has been faltering thanks to a string of films that were either mediocre or that had failed to connect with audiences. (To wit: After Earth; Collateral Beauty; Focus; Concussion; Suicide Squad; and Gemini Man.)

It serves as a reminder of just how good an actor Smith can be. Unfortunately, that achievement is now tainted by his violent reaction over a bad joke.

Anybody who now takes up the challenge of arguing that Will Smith does not have an anger management problem has their work cut out for them.

And who in the progressive filmmaking community would dare condone such conduct?

Rock’s joke was certainly offensive but Smith could have handled the matter much more effectively by simply walking up and telling Chris Rock, in front of the world, why the gag landed bad and that Rock should immediately apologize, which he surely would have.

Instead, he hit him. The guy lost control. The moment is already embedded in the history and will, unfortunately, forever be stapled to Will Smith’s legacy.

That’s a lot of self-inflicted damage over one rotten joke.

It’s ironic how in so many Will Smith films his characters are defined by their ability to keep their cool. It’s also ironic that while he portrayed a man who set such a good example, Smith himself used a world stage to set such a bad example.

If only life had imitated art in this instance.