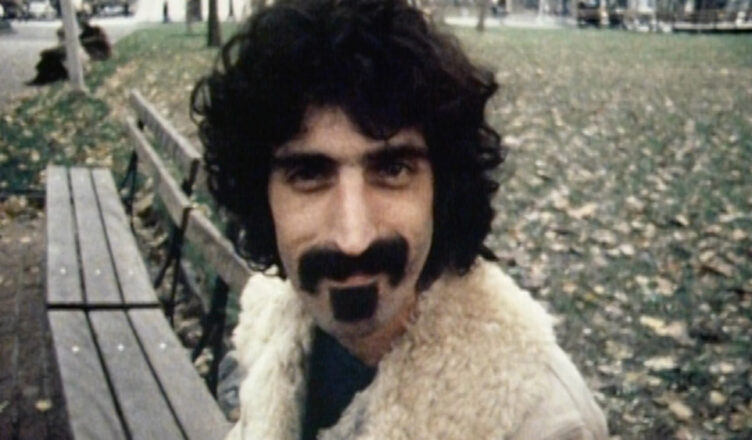 To be Frank: The life of the influential Frank Zappa is profiled in the documentary ‘Zappa’.

ZAPPA ***1/2 (128 minutes) MA
When it comes to the eternally vexed issue of artistic integrity in the pop music business it is well-nigh impossible to think of anyone who has embodied it better or more completely than Frank Zappa.

A full account of how Zappa ran his own race throughout a dizzying, intermittently brilliant career that produced 62 albums and flitted across the mainstream and alternative music scenes is lovingly dispatched in Alex Winter’s excellent, absorbing, long-belated career cross-section (Zappa died at 52 of cancer in 1993).

With full access to the archive library Zappa meticulously maintained, the film does adopt a fairly conventional format, going through Zappa’s life chronologically and in great detail, each chapter crammed with vintage footage and images, all supplemented by fresh interviews with friends, family and artistic collaborators.

Rarely caught without a cigarette clamped between his fingers, Zappa was anything but conventional, even defying the conventions of the counter culture in which he often dwelt. Testament to that is the scene where he articulates how thoroughly he detests the drug scene and its corrosive effect on culture. It’s one of the film’s highlights.

Even more left-field, as seen in several filmed interviews peppered throughout the film, Zappa was hostile to the commercial side of the music world; the whole idea of being motivated by money he considered a pollutant to the pursuit of good work.

Sardonic to a fault, Zappa never considered music a money-making proposition and quips how anyone serious about making a life from music should get a real estate license to support themselves.

Though best-known for his work with The Mothers of Invention, duly illustrated with footage of him winging it on stage to an appreciative crowd, it’s the emphasis on Zappa’s work as a composer that proves most satisfying. For him, creating music was its own reward.

Provided, of course, his musicians and collaborating artists could rise to his exacting demands. When they didn’t, they got booted. When they did, well, according to one such soul, he often didn’t even bother thanking them.

It’s this Zappa we could have gotten more of. Though we get Zappa’s passion for art shining through, the film goes a little too easy on the rarefied aura Zappa cultivated.

The film acknowledges that brittle side of him, but it doesn’t really tease out the possible reasons why he was such a cold fish to so many people, conceited, stuck up and often ungrateful.

Still, Zappa is a solid portrait of an artist for whom the phrase “tonight’s take” meant nothing, a quality that made Frank Zappa a rare enough figure in his era, let alone today.