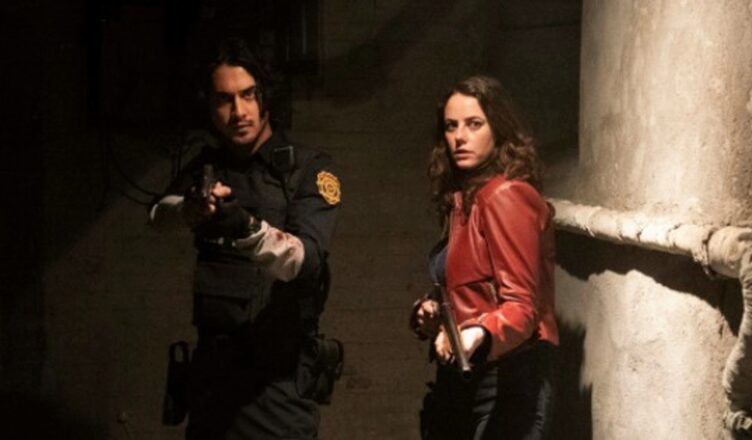 RESIDENT EVIL: WELCOME TO RACCOON CITY *** (107 minutes) MA
We bow our heads in full and sincere respect to the Resident Evil film series for serving us so well, both in the cause of strong female leads – when will Milla Jovovich get the Special Oscar she so richly deserves for this? – and for keeping the concept of the zombie apocalypse so buoyant and fun and full of comic-book action.

The series has also demonstrated the viability of adapting video games into films; the franchise has earned around $1.5 billion thus far from well-made sci-fi horror films each made for a fraction of the budget a Hollywood equivalent would have cost.

Yet here cometh Resident Evil: Welcome to Raccoon City to demonstrate what we all knew already, that they’ll just keep on making these things as long as they keep turning a dollar.

Raccoon City, which is produced by franchise daddy Paul W.S Anderson but does not feature his wife/star/icon Milla Jovovich, is an origin story intended as series reboot.

Set in 1998, the film tracks the nasty Big Pharma Umbrella corporation as it moves out of the dilapidated Raccoon City, which it has been exploiting for decades. They company is moving to better digs and everyone who could afford to leave the dump has.

All that are left are the cops and the poor – but experiments by the corporation are turning the locals into marauding zombies.

Cue a very loud night full of fighting, killing and running from zombies. It’s your standard zombie movie mayhem, and quite well done, with director Johannes Roberts having fun applying everything he learnt from making 47 Metres Down, only with added firepower and exploding flesh effects.

There’s a story of sorts about Claire Redfield (Kaya Scodelario), who looms large in the lore of Resident Evil, who survived the corporation’s experiments as an orphan child. She returns to Raccoon City to get to the bottom of what the company was up to and to reconnect with her brother Chris (Robbie Amell), who is a Raccoon City plod.

Mixed in with all this is corporate bad guy William Birkin (Neal McDonough), a gent who clearly loves his work and for what it can do for special make up effects people.

Without any airs of being anything other than an exploitation crowd pleaser, Raccoon City delivers all the gory, blood-splattered fun and games you’re entitled to expect.

Footnote: For old-school comedy fans an interesting nugget can be found in the casting as the local police chief of the American character actor Donal Logue.

A familiar face from Sons of Anarchy, Gotham, Law & Order: Special Victims Unit and Vikings, Logue starred in a wonderful, little-known 2000 rom-com called The Tao of Steve, which did not observe any of the genre’s conventions.

He also headed a terrific ensemble in a fabulous early-century sitcom called Grounded For Life (2001-5), about a New York Catholic family made up of smart-alec kids and immature parents. It had flashes of comic brilliance and messed around with the sitcom form, often telling stories in a non-linear fashion. Gosh, it was funny.

Anyway, the thing is barely known here. It’s on DVD. Catch it if you can.

And remember in Jerry Maguire when everyone is applauding him for his mission statement and there’s a guy who gives Maguire a sarcastic thumbs up? That’s Donal Logue.