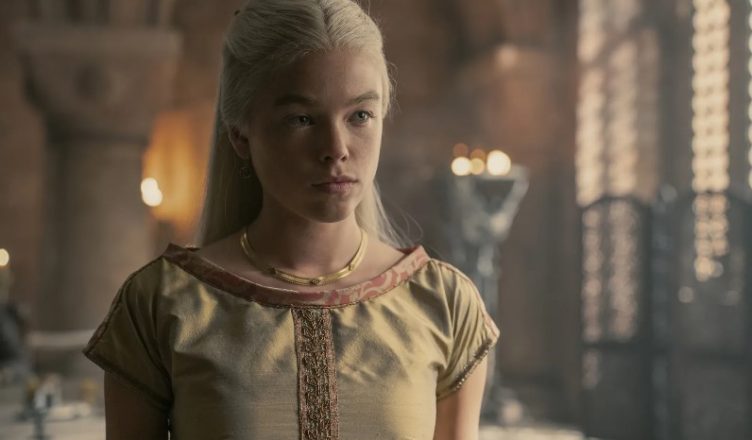 HOUSE OF THE DRAGON: EPISODE ONE – THE HEIRS OF THE DRAGON *** (66 minutes) MA
Ahh, dragons. Such majestic, mythical beasts of awe and wonder they are – to some, anyway. In the opening moments of the first ep of House of the Dragon, however, dragons are so commonplace people don’t even bother looking up as they fly overhead at low altitude. They’re even used as fire lighters.

We’re back in the lushly rendered medieval fantasy land made familiar by Game of Thrones, the phenomenal series that redefined how great TV shows can look and how badly weddings can go.

The equally lavish prequel – the launch of which everyone on Earth knew about courtesy of a saturation marketing campaign that reputedly cost the counting house at HBO more than $100 million – takes place around 200 years before the goings on in GoT.

A major power struggle is at the core of the yarn, of course, as the king of King’s Landing, King Viserys I Targaryen (Paddy Considine), still in shock after the loss of his wife and son during a rather graphically covered childbirth, has to appoint a worthy successor.

She’s a sharp-minded proto-feminist who doth not care about gender roles and is ready to plant her flag in the male-dominated power structure. The Princess also has a taste for violent spectator sports, something we get a glimpse of as she watches with relish the gladitorial jousting sequences, where lances splinter on impact and men pound each other into the mud in hope of winning their ladies’ favour.

The good news with the show – again executive produced by author George RR Martin, whose party this is – is that while it obviously caters to the huge GoT fanbase, there’s no reason for anyone with no baggage not to go into House of the Dragon cold (wow, a sentence with a triple negative).

If anything, the look and story of episode one is easy for any newbie to digest and seems designed to invite new potential devotees into the World of Westeros (the fictitous continent where all this takes place).

Splendid to behold on a giant home theatre screen, the rich visuals are testament to how the franchise – along with many other great event series stretching back some 25 years (From the Earth to the Moon; Band of Brothers; Lost; The Wire, etc, etc) – has helped redefine what the term made-for-TV now means.

It used to be a bit of an insult, denoting a show with moderate ambitions and medicore production values.

Now something made for the home market can match, even surpass, the spectacle of any cinema epic.

To wit, the reported budget for the 10-episodes of the first season of House of the Dragon – already renewed thanks to the huge global Ep1 ratings – is around $200 million and the sense you get from the opening chapter is that it looks like they’re putting every penny of that up on the screen. Dragon-sized kudos to the makers for that.

All that said, it need also be said that we’ve now spent so much time in so many marvellously conceived fantasy realms that the World of Westeros has a distinctly familiar ring to it. We can see echoes of Hogwarts and the spires of Middle Earth in the architecture of King’s Landing. Same goes for the dragons, whch are variations on what we’ve seen before – though that doesn’t make the magnificent beasts here any less beautiful.

Footnote: When it comes to covering streaming shows, the preference at this site is to watch all episodes before writing a review, just so the remarks are comprehensive. An exception has been made with House of the Dragon purely because of the astoundingly high level of interest and exposure. Once all ten episodes have dropped, we’ll revisit the show and see how it shaped up.