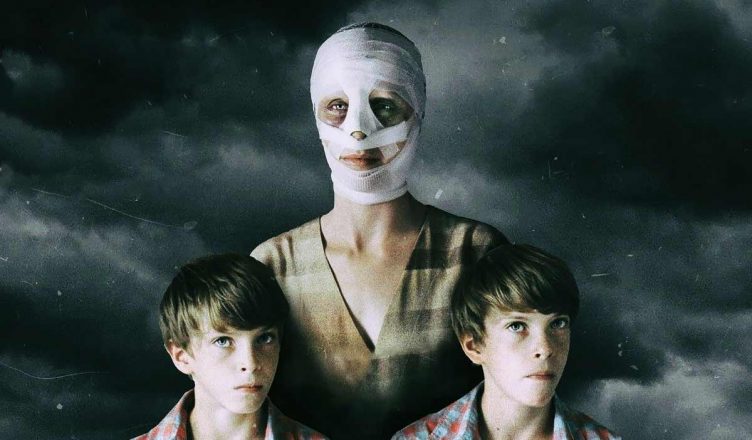 GOODNIGHT MOMMY ***1/2 (92 minutes) MA
What a treat of terror Goodnight Mommy is as twin brothers Elias and Lukas (Cameron & Nicholas Crovetti) drop in on their divorced mother (Naomi Watts) for an access visit to find all is not good.

She’s an ageing former actress chasing a comeback, her face covered in bandages after some expensive plastic surgery. And she’s behaving in a very unmum-like manner, signalling to the boys that she just might not be who she claims to be.

A remake of the 2014 Austrian film, the screws are kept tight with director Matt Sobel making the most of the confined location, delivering some spiffy left turns, dialling up the threat level as the boys try taking control of their unnerving predicament.

The kid actors do a fine job but the ever-versatile Watts does great work, putting on the creeps and letting loose in a film-owning turn that keeps us on edge as to how far she’ll go to convince the confused boys that she’s not to be messed with.
Prime

Teenager Craig (Jaeden Martell) forms an unusual friendship with the titular billionaire (Donald Sutherland), for whom he reads novels out loud twice a week.

He gives Harrigan an iPhone as a gift, a contraption he initially has contempt for before warming to its charms, in particular the instantaneous flow of business information that makes him fully appreciate how out-of-date his beloved habit of reading newspapers has become.

When Harrigan passes away, Craig finds himself the recipient of a generous endowment that will see him through college. He also begins receiving messages that suggest Mr Harrigan can not only communicate with him from the other side, but dispatch people who have cvaused Craig grief.

With the effortlessly convincing Sutherland, now 87, shining in the first half, Mr Harrigan’s Phone – written and directed by John Lee Hancock (The Blind Side; The Founder), based on the short novel by Stephen King – is a captivating allegorical tale with some modest, poignant messaging about the behaviour-changing power of technology and the responsibility that comes with it.

And it’s always a pleasure watching such a seasoned player as Sutherland showing us how it’s done.

Do we really have to wait until he goes before we fully acknowledge what a great journeyman actor he is? Though he got an honorary Oscar in 2017, he’s never scored a nomination, not even for his brilliant work in the Oscar-spangled Ordinary People. What an anomaly.
Netflix

LUCKIEST GIRL ALIVE *** (115 minutes) MA
Set to ascend the perilous ladder of quality journalism, the successful life of ambitious New York writer Tiffani Fanelli (Mila Kunis) is impacted by the release of a book by a fellow survivor of a school shooting. With a documentary crew eager to delve into the mystery of why she has never spoken about the ordeal she is forced to relive the trauma and reveal the events that took place shortly beforehand. Based on the 2015 book by Jessica Knoll, who also did the screenplay, the film has a somewhat discursive start before coming together to deliver a very potent second half.
Netflix

WINDFALL * (92 minutes) MA
Terrible, talky three-hander about a low-IQ burglar (Jason Segel in very strained tough-guy mode) who is about to leave a billionaire’s remote estate when he (Jesse Plemons) and his wife (Lily Collins) come home early. There’s a lot of exceedingly dull waffle as the three engage in overlong discussions about privilege, unearned wealth and class. Being a billionaire’s house there is, naturally, no security or CCTV, with things getting so silly they become unintentionally funny. Unspools like a failed arthouse film. A good idea squandered, waste of a top cast, who all served as producers. Chalk it up as a dud.
Netflix

MY BEST FRIEND’S EXORCISM ** (97 minutes) MA
The only good thing about this otherwise forgettable teen horror comedy is the extended exorcism sequence and the wonderfully goofball performance by Chris Lowell, a Christian fitness nut who works with his muscled-up brothers delivering the good word to schools with their cheesy stage shows. You might want to scrub through to the relevant scenes to save time, something that would have been much easier with the old chapter menus we had on DVDs, a format that is quickly disappearing from our lives. Sigh.
Prime