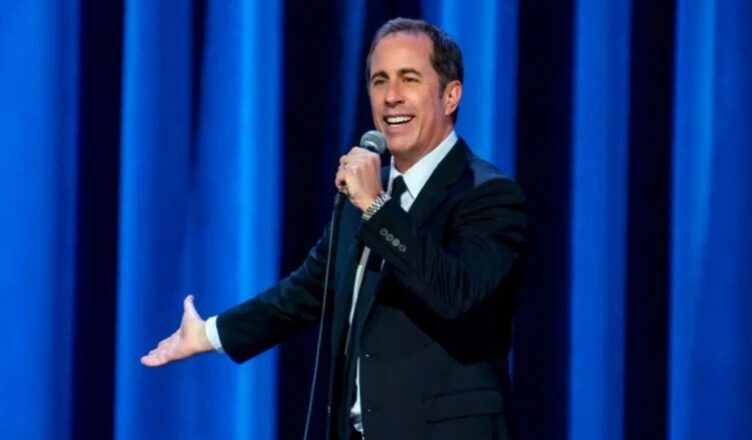 SEINFELD: 23 HOURS TO KILL ***1/2 (61 minutes) PG
If there is a central purpose to the comedy of Jerry Seinfeld post-Seinfeld it’s that possessing untold wealth and riches offers no protection from the omnipresent irritations of life.

Much like the sitcom’s co-creator Larry David – whose anti-PC series Curb Your Enthusiasm shows the same comedic obsession with the small stuff – Seinfeld still presents as an ordinary shmoe at one with the common man, save for his amiable ability to weave shared experiences and everyday observations into forehead-smacking comedy gold.

Still bearing that signature high-pitched voice of exasperation, Seinfeld strikes a high laugh-per-minute quotient from the get-go as he strides onto the stage at the Beacon Theatre in New York City.

Sticking to his guns as a whistle-clean comedian – he will describe a profanity, but not utter one – Seinfeld tears through a ripper, tone-setting opening rant about the very act of coming out to see his show. It kills.

With a deep love of wordplay that often sounds like comic poetry, he then lets loose over his bewilderment at digital life, of people feeling they’re nobody without their phones. His gift for physical comedy comes forth as he illustrates the anxiety of people whose phone battery is running out.

But Seinfeld reserves his most acidic sprays for texting culture, his comic alchemy hitting several highs as he exposes the vacuity of so much present-day communication. It’s one topic that gets him really angry.

Not that he is, really. At 65, with a 19-year marriage and three kids on the clock, Seinfeld feels it’s his favourite decade, chiefly because of the license seniors have to not feign interest in anything.

Though his observations about the demands of married life and of female behaviour sound a tad formulaic, Seinfeld proves here what he’s always believed about the stand-up being the purest form of comedy, of maintaining an essential equality with his fans, obvious differences notwithstanding.

To wit, in one remarkable bit Seinfeld negates his fame, wealth and celebrity in one fell swoop by celebrating the universal joy of eating a sub-standard hot dog. It sucks, he declares, but it’s great.
(Netflix)