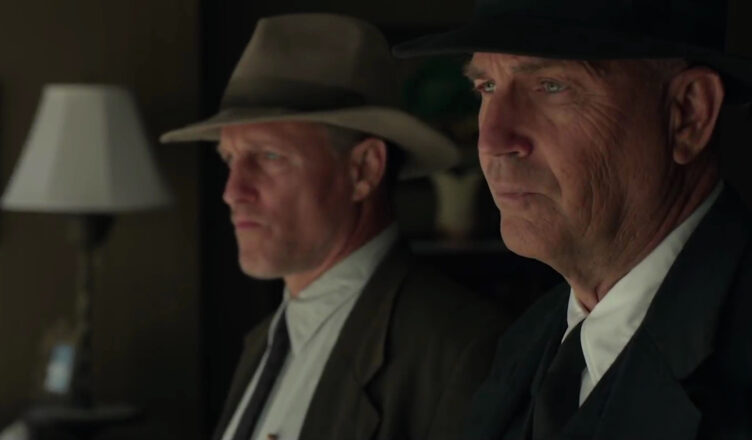 Manhunters: Woody Harrelson and Kevin Costner play law officers in pursuit of Bonnie and Clyde in ‘The Highwaymen’.

THE HIGHWAYMEN *** (132 minutes) MA
The story behind the demise of legendary gangsters Bonnie and Clyde at the well-armed hands of two ageing Texas Rangers gets a solid, unhurried treatment here from director John Lee Hancock (The Blind Side; Saving Mr. Banks; The Founder).

Leaning into their roles as old men who are well past their prime, Kevin Costner and Woody Harrelson play Frank Hamer and Maney Gault respectively and respectfully.

Hired off-the-books by a state government official (John Carroll Lynch from Fargo), their job is to outrun the official manhunt for the notorious celebrity criminals and shut them down.

It’s a tough slog. Unfit and with their joints giving out Hamer and Gault are essentially super-annuated cowboys in a car. Yet, for all their frailties, they do have the swagger of seasoned lawmen who follow the clues as well as their instincts.

Also, they have enough high-powered automatic weapons to start a small war, which is their intention once they get close enough to the famous couple.

With a love of long shots showing dispossessed people flowing through the dusty Depression-era landscape, Hancock, working from a thoroughly researched screenplay by John Fusco, directs the drama with a hard nose and with no love for Bonnie and Clyde.

In some of the film’s punchiest scenes he contrasts their glamour and huge popularity as “Robin Hood” hoodlums – they never stole from or hurt the poor, apparently – with less palatable truths, such as the fact that Bonnie Parker loved killing cops.

The exacting recreation of their killing is stripped of the melodramatic tone made famous in the 1967 Warren Beatty/Faye Dunaway film Bonnie & Clyde.

That film played upon the romantic myth of Bonnie and Clyde. The clear intent here is to show up their cold criminality, with Hamer and Gault representing the long arm of justice slowly catching up with them.

It’s an arresting, coldly captured ending designed to counter the persistent sentiment that somehow Bonnie and Clyde received a fate they did not deserve. The film’s closing captions revealing how Bonnie’s funeral drew 20,000 admirers and Clyde’s enjoyed 15,000 starkly illustrate the disconnect between the public love they enjoyed and their brutal crimes as depicted in the film.