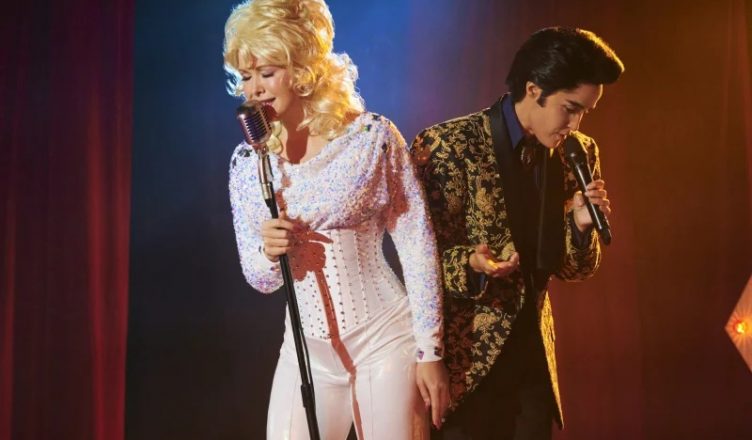 Lifeless, listless, laughless, Seriously Red is Seriously Bad, clocking in as yet another clueless Australian feature film that appears entirely uninterested in drawing an audience, recalling the bad old days of the 1980s and 1990s when Australian films – with a few noble exceptions – played to bumless houses.

The oddly disjointed story of Seriously Red follows the career crisis of real estate agent Red (Krew Boylan, also the screenwriter) who, after being summarily fired, decides to turn her hobby as a Dolly Parton impersonator into her new career.

Sounds like a perfectly workable premise given how, according to persistent rumours, Seriously Red is meant to be a comedy.

Yet a few minutes into the film something happens that brings to mind a pearl the great low-brow comedy filmmaker Mel Brooks once uttered.

It addressed the importance of having a moment early in a comedy film that sets the tone of the humour and so signal to the audience what they’re in for.

In Seriously Red, that moment comes in the first reel when Red, needing to visit the loo, squats and urinates on the backyard lawn of her mother’s house.

Maybe it was funny on paper. Maybe something got lost in translation. Maybe there’s a killer alternate cut. But in Seriously Red it’s about as funny as a leg cramp – and it’s all downhill from there.

Red’s journey through the rigours of the celebrity impersonation world sees her trysting with a female Elvis impersonator (Rose Byrne), hooking up with Kenny Rogers impersonator Kenny (Daniel Webber) and signing up with a former Neil Diamond impersonator Wilson (Bobby Cannavale).

She auditions for gigs, goes on tour, receives some acclaim – yet never once does Red strike you as either a good Dolly Parton impersonator or even as a devoted Dolly fan. How is she winning contests and audiences with an act that is neither funny nor convincing?

Real Dolly quotes are sprinkled throughout the film either in dialogue or as captions, but Red appears oblivious to Dolly’s “be yourself” wisdom.

Indeed, the sequence involving Red’s adventures in surgery makes no narrative sense, even in her fractured character arc. Neither does Red maintaining her Dolly persona when alone with Kenny. It just doesn’t play.

Central to the story is the whole idea of real vs fake, yet the film can’t nail the irony of a person trying to find themselves while being an impersonator in a style that is amusing or believable. Even the Elvis character seems to wander through the film with no real purpose. And Byrne’s impersonation is quite good. Perhaps they made the movie about the wrong character.

Hurts though it does to say this, the film looks extraordinarily cheap with seriously rank production values. Red always seems to be playing to the same crowd of like-minded celebrity impersonators, and when she scores a supposedly big international gig it’s to a small room of about 12 people.

Far more painful to report is that Seriously Red is just not funny.

The film is incapable of raising a single titter, either through character, dialogue or situation. Tragically, the film is at its unfunniest when the actors go “high energy” and try to be funny through sheer exuberance. It’s enough to make you cry. Or cringe. Or both.

In what appears to be an anomaly, the film was directed by Gracie Otto, an extraordinarily talented and versatile filmmaker. She helmed half of the very funny Prime comedy show The Moth Effect and made the excellent documentaries The Last Impresario and Under the Volcano.

She also directed some episodes of Bump and season one of The Other Guy, doing the entire second season. Comedy gold, these were not.

With Seriously Red, Otto’s direction feels atonal, lethargic and off-key. This is especially evident when trying to establish some appreciable tension, whether it’s over Red’s job loss, her mother and grandfather (Jean Kittson and Tony Barry, both wasted) or her friend Francis (Thomas Campbell).

And then there’s Red’s associate, played by notable comedian Celeste Barber chiming in with a less-than-notable performance.

The character’s name is Teeth. Teeth got that name from the anatomical oddity that teeth have grown in a place on Teeth’s body not usually associated with teeth. This is supposedly meant to be funny. Somebody explain how. Was there a moment at a production meeting when somebody mentioned “Teeth” and everyone fell on the floor laughing?

Sitting in a big empty cinema at the 6pm session of Seriously Red at Hoyts Melbourne Central on Saturday (26 November) was another time warp experience back to the 1980s as an Australian film unspooled to a house of empty seats. There were four other people there. Not a peep out of them.

Come on, Australian film industry. Get it together. Please.