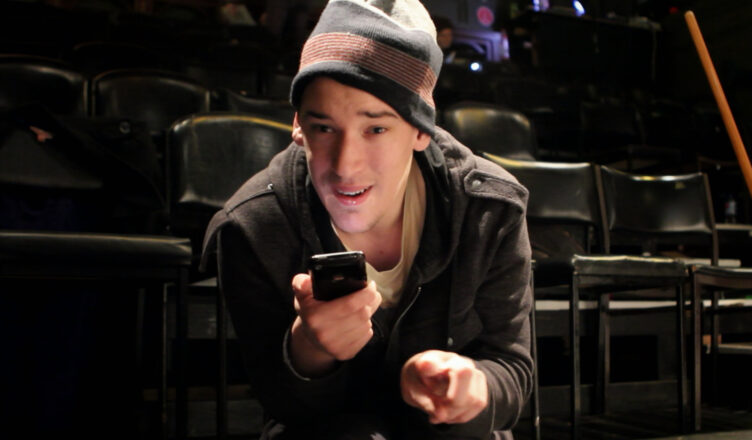 On the prowl: The titular star of ‘Thomas Banks’ Quest for Love’.

THOMAS BANKS’ QUEST FOR LOVE ***1/2 (31 minutes) PG
Any film about people with disabilities always runs the risk of being patronizing, especially when sincere sentiments can turn sanctimonious and where sensitivity over how they are portrayed can lead to a softening of edges in their depiction. All for their own good, of course.

There’s no hint of any of that in Pip Kelly’s remarkable short film in which she profiles Thomas Banks, a young gay man with cerebral palsy, as he stages a show with the self-explanatory title Quest for Love.

The portrait is honest and sometimes confronting, with no effort to hide or cut around the condition Banks lives with. Nor does it shirk from his sexuality and desire for romance that sees him in nightclubs trying to connect with potential partners. If the film smashes any stereotype it’s that people with disabilities are somehow uninterested in sex.

There are moments here that are tough to watch and hard to hear. Banks is clearly an intelligent and eloquent writer, samples of which we hear in voiceover provided by actor Lachlan Tetloe-Stuart.

Yet his limited ability to speak can’t do justice to his ability as a wordsmith, and often requires subtitles and repetition. Watching him struggle so hard to speak words he so easily thinks makes you appreciate the full nature of the disability.

The film has been picked up by Stan and, appropriately, began screening on 3 December, also known as International Day of Persons with Disabilities.

That’s a major coup and it highlights how much has changed. Back in the pre-digital era, a film such as Quest for Love might have played to appreciative audiences on the festival circuit and air on TV at 12.35am before disappearing forever.

Today, thankfully, quality small films can connect with many more viewers, so to see this squib of a film on a platform such as Stan is heartening indeed, especially given how most Australian films come and go without the public ever knowing they were there.

Director Pip Kelly worked for many years on the film. In this interview she discusses the film, its making, its meaning and its star.

Note: For any references in the interview to “the disabled” read “people with disabilities”.

The trailer for Thomas Banks’ Quest for Love: