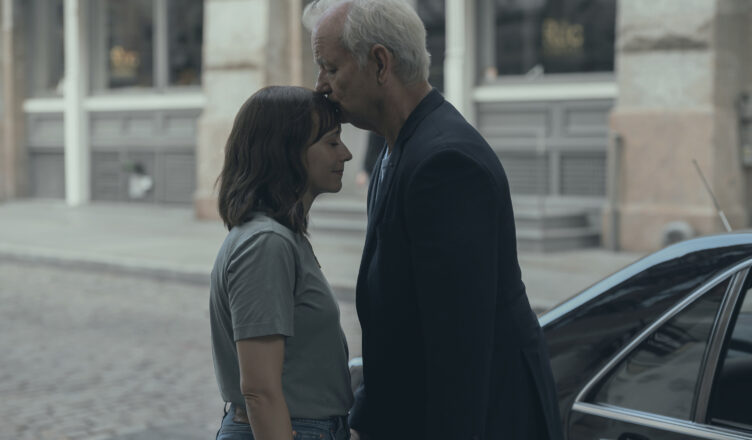 Reconnecting: Rashida Jones and Bill Murray play daughter and father in Sofia Coppola’s ‘On the Rocks’.

ON THE ROCKS ***1/2 (97 minutes) M
Easily a strong contender as one of the best films of 2020 is the latest offering from writer/director Sofia Coppola, a warm, incisive, deceptively simple comedy-drama featuring a host of wonderfully touching moments and assured, understated direction.

Next to her 2003 breakthrough film Lost in Translation, On the Rocks is Coppola’s most relatable film thus far as she deals deftly with an assortment of universal topics: the fragility of marriage; spousal suspicion; mid-life malaise; and the unarguable truth that trust is the bedrock of any lasting relationship.

Ensconced in what appears to be a warm, well-lit world of upper-class comforts is Laura (Rashida Jones). She has two lovely kids with her successful white-collar husband Dean (Marlon Wayans), a beautiful apartment, plenty of natural light and a nice big fat book advance.

All she needs to do is actually write, but the words don’t come. At a work soiree Dean introduces her to Fiona (Jessica Henwick), a new employee who is helping with the company’s lucrative expansion.

She’s an attractive woman and Dean’s increasingly frequent late nights and business trips begin preying on Laura’s already frustrated mind. Is something going on? She sees more worrying clues and tentatively asks about them, but Dean’s casual explanations only deepen her suspicions.

Then her father Felix (Bill Murray) chimes in, feeding her fears. He’d know, too, having ruined his marriage and much of Laura’s childhood by his constant cheating.

As the pair embark on a bout of amateur sleuthing they also work through their own relationship, which is cordial and loving, but still in need of a few important confrontations.

On balance, On the Rocks is arguably Coppola’s best film as a writer-director – including Lost in Translation – for the way she seamlessly entwines the theme of infidelity with the unresolved father-daughter relationship, which is beautifully etched.

The improvised investigation provides the film with an engaging plot – something Coppola’s works don’t always have – while her love of detail and nuance allow for those carefully measured moments of repose that draw you in by making you think about what the characters are feeling.

The wistful central performance from Rashida Jones, who earned her comedy bones on such shows as The Office and Parks and Recreation, is an affecting study of a woman battling mid-life doldrums and relevance deprivation.

Still, the major kudos go to the smooth, funny, scene-stealing presence of Bill Murray, who chimes in with a career-topping turn as her philandering dad. Spouting witticisms and wisdom at every turn, his breezy, affectionate, affable persona covers the hurt he caused his daughter, providing sugar and salt in equal measure to Laura’s predicament.

Deeply enjoyable and re-watchable, On the Rocks offers plenty of food for thought and is graced with uncluttered storylines and a sanguine lightness of touch that keeps the domestic comedy-drama from ever becoming gloomy, heavy though its themes might be.

On the Rocks screens from 2 October in cinemas all across Australia, save for Victoria, where long-suffering residents will have to wait until 23 October for the film’s exclusive release on Apple TV.