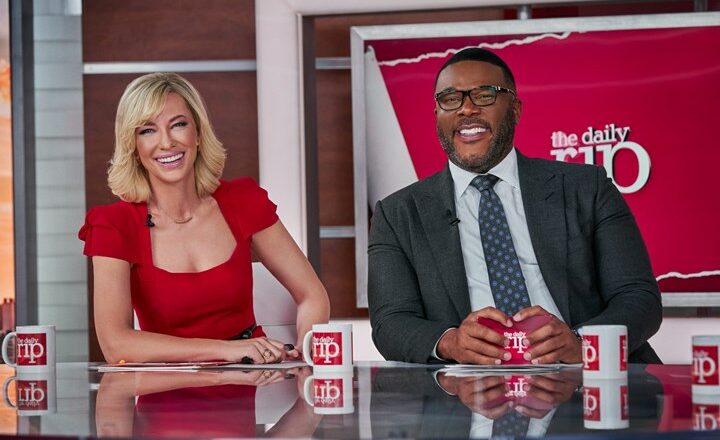 DON’T LOOK UP *** (138 minutes) M
A perfect example of the whole being less than the sum of its parts, Adam McKay (Anchorman; The Big Short) serves up a bloated, flabby, scattershot end-of-the-world comedy that doesn’t work overall as a serious satire – 60 years on and still nobody can come close to matching Stanley Kubrick’s Dr Strangelove – yet still has lots of good things in it.

A comet is heading towards Earth but the two hapless scientists who discovered it (Leonardo DiCaprio; Jennifer Lawrence) have trouble convincing anyone, including President Meryl Streep, that everyone has six months to live unless something is done to deflect or destroy it.

There’s some fun media spoofing with a toothy, ever-smiling Cate Blanchett and an ultra-affable Tyler Perry so spot on as bantering, banal morning TV show hosts they deserve their own movie; Mark Rylance is hits dead centre as a marvellously moronic mashing of Bill Gates and Steve Jobs, a mega-billionaire who sees the approaching comet as a money-making opportunity; DiCaprio shows his comedy chops going from doofus to media-trained celebrity spokesman.

All these elements and many others – Timothée Chalamet as a blasé Zoomer; Ariana Grande as an idiot super-starlet; Michael Chiklis as a right wing firebrand – work well as stand alone skits.

Pressed together, however, the mix just doesn’t work. Too many characters, such as Jonah Hill’s presidential aide, know they’re in a comedy and play for laughs accordingly.

Big mistake. Satire is at its most effective when it’s played straight. Ironically, Lawrence stands out from the ensemble because she’s the only character who’s not a jokey caricature.

There’s way too much going on in Don’t Look Up, so the story focus is constantly diffused as we jump from one narrative thread to another. Consequently the soiree packs very little punch; as a satire on corporate greed, media ethics and celebrity culture it’s pretty limp. All bite but no teeth, you could say.

Still, as an intermittently amusing lark to stream on your 60-inch while doing the ironing, mixing martinis or pitting cherries, Don’t Look Up passes muster as OK time-killing fodder.

Like an increasing amount of streaming content, you can keep track of what’s going on with your peripheral vision, turning to give the TV screen your full attention only when something good starts happening.

Footnote: Forsome reason in the past week or so Don’t Look Up has been subject to far more coverage and discussion than it deserves. No idea why. Maybe people are desperate for non-Covid talking points. Just a theory.