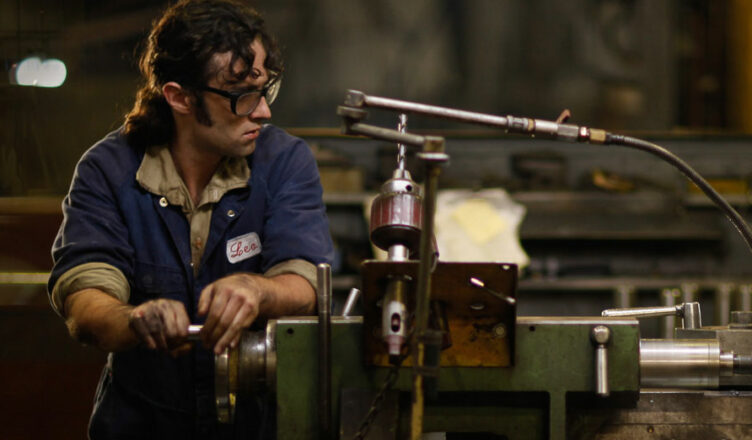 LITTLE TORNADOES **** (94 minutes) M
Without notice, hard-working machine operator Leo (Mark Leonard Winter) finds himself abandoned by his wife, leaving him with two young kids, all her responsibilities and no explanation or apology.

Set in a small rural town in the early 1970s, Leo struggles with his new, soul-crushing routine of day-to-day living: preparing the kids for school; working; visiting his mother’s grave; trying to connect with his non-communicative dad (Robert Menzies), a WW2 veteran, farmer and emotional shut-in.

Exasperating Leo’s anguish is the mystery of what went wrong. She won’t call, and his calls to her sister in Melbourne, pleading for some word from his wife about what is going on, fill him with guilt, doubt and resentment. They also make especially painful the questions from his children about where their mother is and when she’ll be back.

Into his bleak, hope-starved life a splash of light arrives in the form of Maria (Silvia Colloca), the young, beautiful widowed sister of workmate Tony (Fabio Motta) who has volunteered her to fill Leo’s chronic need for a child minder.

Director Aaron Wilson, who co-wrote the film with Christos Tsiolkas (The Slap; Head On; Barracuda) brings a delicate hand to his heartfelt, sombre domestic drama.

As the troubled, tortured Leo, Mark Leonard Winter brings the quiet intensity that has become his signature. It contrasts nicely to the upbeat beats of Colloca’s life-loving Maria.

And special kudos to Wilson for blessing the film with the incredibly rare treat of child actors (Minnie and Freddy Liszukiewicz) actually behaving like real children and not like miniature adults.

The film is beautifully photographed with a seasoned eye for natural light by Stefan Duscio, a gun cinematographer whose exceptional CV includes Jungle, Judy & Punch, Upgrade, The Invisible Man, The Dry and Acute Misfortune.

Along with the finely judged use of close-ups and wide shots, he does a great job softly illuminating the period detail sprinkled across almost every frame of the film. Those old enough to remember the kitchen décor of the early 1970s will marvel at the exacting attention paid here, right down to the plastic cannisters.

Small Tornadoes is Wilson’s second feature after his notable, though little-seen 2013 debut Canopy. The promise he showed there is in full flight here.

FOOTNOTE: This review originally ran 18 August 2021 as part of the MIFF coverage.