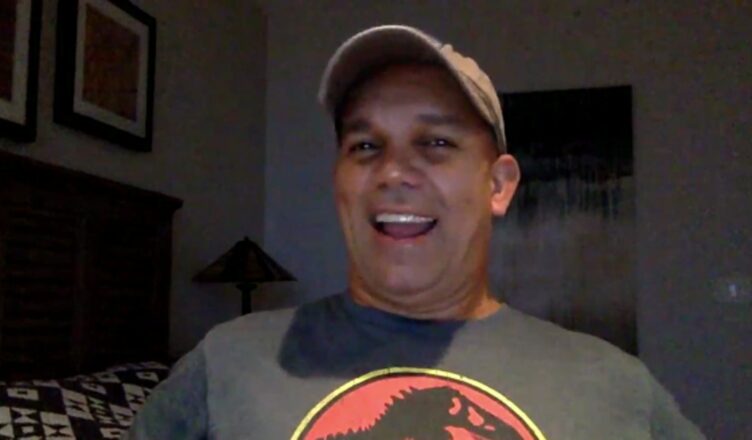 Director Flavio Alves: “I became a filmmaker because I was attracted to the dream that I could make a difference in people’s lives.”

Before writing the screenplay for The Garden Left Behind, director Flavio Alves conducted extensive research for the film and auditioned about 200 people for the role of Tina, which Guevara won despite having very limited acting experience.

Originally from Brazil, Alves was granted political asylum by the United States in 1998 after a pretty rough time in the not-very-gay-friendly Brazilian navy. He has been an American citizen since 2010.

He wrote a controversial book about his time in the navy called Toque de Silencio (Call to Silence) and established himself with a string of acclaimed short films including: Angelo (2012); Tom in America (2014); The Secret Friend (2010) and Even in My Dreams (2008).

The Garden Left Behind is his first feature film and has thus far hoovered up a swag of festival awards including the prestigious audience award at South by Southwest (SXSW).

When it came to financing the film Alves had access to some grant money – a very rare thing for American independent filmmakers – and also employed an original and ingenious method of fund raising by selling items donated to the production on eBay.

With a red wine at the ready, Flavio Alves was gracious enough to spend some time staring into a Skype screen to talk in detail about the film, the high-profile support he received before production and what it is like being a 50-year old gay man in New York in 2020.

Before the interview began Alves apologized for his heavy accent and stressed that English was his second language. Rest assured, he is perfectly lucid and more comprehensible than most politicians.