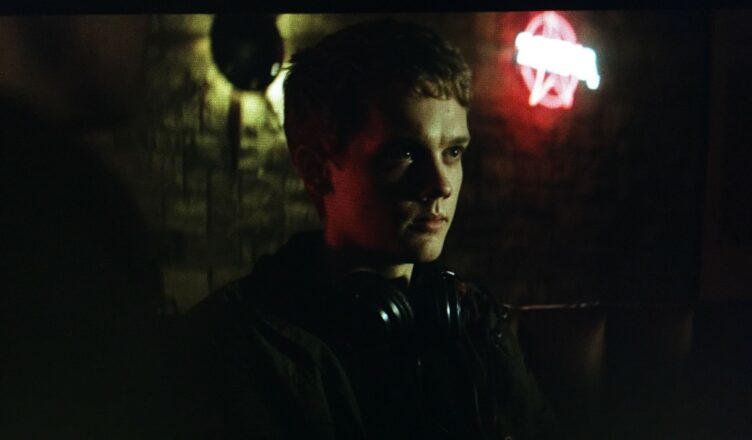 Hearing test: A boy genius (Hunter Doohan) invents a listening device that can change the world in the sci-fi thriller ‘Soundwave’.

SOUNDWAVE *** (96 minutes)
Ever since Frankenstein’s creation went haywire, sci-fi has thrived on the idea of great inventions having a dark side.

We all remember when Doc Brown (Christopher Lloyd) cursed his “infernal” time machine in Back to the Future (III, if you want to be exact) and how Jeff Goldblum delivered that memorable tirade in Jurassic Park about how scientific innovation must come with moral responsibility.

And, of course, you can’t mention Jeff Goldblum in this context without noting how his experience with his teleportation device worked out in The Fly. (See what happens when you forget about the science?)

Ben Boyles (Hunter Doohan) is a whiz kid who has created a high-tech toy that has the power to change the world as we know it, or at least as we hear it.

His device – a lovely, clunky, believably unwieldy thing that requires him to wear a tech-covered vest – has the ability to lock in on conversations and unravel what has been said beforehand. All he needs is to feed a voice sample, a time and a place into his machine and he can key into an audio timeline, exposing hidden world of secrets and personal information.

Now, given that this kid is clearly a genius, you’d think the first thing he’d do with such a remarkable gizmo would be to rush down to the nearest patent office, get all the necessary paperwork processed as fast as possible, and then become another under-aged billionaire.

But not Ben. His smarts don’t lean that way. The chief motive behind his invention is to unravel the mystery of what happened to his father. That, and to shamelessly violate the privacy of other people by listening in on their lives.

His lack of respect for people’s private space is, thankfully, an issue the film takes seriously. We watch him listen in on strangers and indulge his somewhat creepy obsession with Katie (Katie Owsley, who bears a remarkable resemblance to Madeleine Stowe). She’s a deeply troubled, suicidal girl who works at a local shop.

Working in a struggling electronics shop, Ben earns extra money by using his device to help a detective called Frank (a wiry performance from veteran Australian character actor Paul Tassone). Though Frank can’t convince Ben of the riches his machine could earn, he nevertheless introduces him to a shady business man who sees the world-changing potential in Ben’s gizmo.

That’s where the real trouble starts and the running begins.

The film is rich in atmosphere, with much of the action taking place at night in vacant locations. Narang has a good ear for muscular, streetwise dialogue, though there is an graceful burst of layman-speak as Ben explains to Katie exactly how his device works. It’s a great example of how to slice open a complex idea using plain language.

Given its rich premise there are plenty of ways the story could have developed and perhaps it’s a pity that Narang went down the foot-chase & crime route at the expense of developing a more sci-fi angle that fully exploited the admittedly ingenious idea of an audio time machine.

Though made on a modest budget, the film has the professional sheen of a studio pic as well as strong performances from Doohan, Owsley (the film’s stand out), Tassone and Andrew Bongiorno, who is gifted with a beautifully composed dissertation about how capitalism works and, far more frightening, how rabid capitalists think.