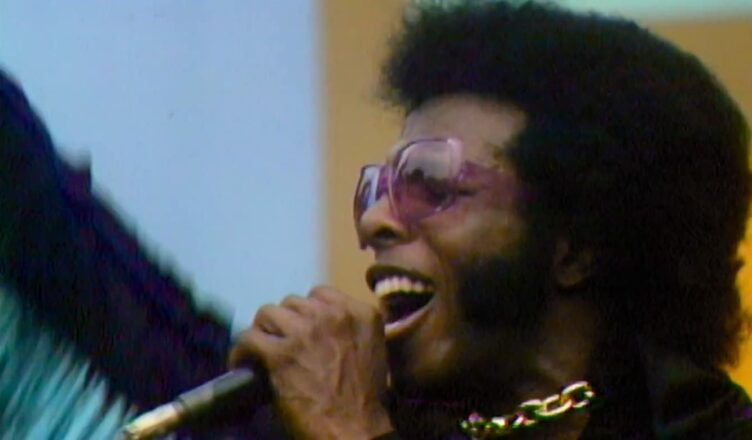 Give it up: Sly Stone sings up a storm in ‘Summer of Soul’.

SUMMER OF SOUL (…OR, WHEN THE REVOLUTION COULD NOT BE TELEVISED) ****1/2 (118 minutes) PG
What a magnificent feat of cinematic archaeology Summer of Soul proves to be as it brings to glorious, vibrant life the 1969 Harlem Cultural Festival, a major cross-cultural musical event that was comprehensively filmed for television but never shown due to as complete lack of interest.

Thanks to the valiant efforts of producer Robert Fyvolent, the 40-hour stockpile of videotapes was acquired from original producer Hal Tulchin – who, quite rightly, gets a major shout out in the credits – effectively rescuing them from a vault where the tapes sat, forgotten, for half a century.

That footage has been fully restored and superbly sculpted into an energetic, colourful, boisterous, passionate, cheeky, defiant, funny, beautiful, moving, thought-provoking and eerily prescient record of the sprawling spectacle.

What unspools is a prime example of cinema serving as public memory, something director Ahmir Thompson – aka rapper Questlove – and his producers clearly had front-of-mind.

As well as capturing the festive atmosphere generated by the crowds as they soaked in a host of astounding musical acts, the film explores how the drive for civil rights underscored the event, which spanned across six wild weekends.

At the time Harlem was seething with social problems, yet it was also a cultural hotspot of style, fashion and political activity voicing the need for change and for a respected identity for blacks and other marginalised groups.

There’s a big emphasis on gospel music and its power to bind people together and motivate them in their demands for justice and equality. The sense that they believed God was on their side is almost palpable.

Summer of Soul is laced with a lot of verbal sparkle as performers are assembled to complement their archival presence with contemporary reflections about the time.

And, wow, do they have as thing or two to say about what was going on.

Stevie Wonder was told not to appear at the concert because it would hurt his career. He recalls his response rather colourfully.

One great moment that captures the heart of Summer of Soul is the shock reaction when Sly and the Family Stone hit the stage with, of all things, a white guy on drums. Equally staggering, the trumpet player was a woman. Sakes alive! The anecdote is piercing and funny.

Along with the joy of the festival, Thompson does a terrific job teasing out the seams of anger coursing through the crowd, with the historic moon landing being dismissed as a waste of money that was needed on the ground.

Fiercest, and most powerful of all, is Nina Simone’s blistering, controversial performance; her renditions of Backlash Blues and To Be Young, Gifted and Black make no bones about the racial heat throbbing through the America of 1969, still in shock over the murder of Martin Luther King Jr the previous year. It’s easily the most spell-binding sequence in Summer of Soul.

And the chronic need for change was ringing bells, with African-American New York Times journalist Charlayne Hunter Gault recalling how she argued that the organ should stop using the term “Negro” and replace it with “Black”. She got her way, and it’s stirring how her newsroom victory had a huge ripple effect across black culture.

We flippantly speak today of “cancel culture”, but the backstory to Summer of Soul adds new dimension to the term.

While the event itself was a huge success as a series of live concerts, the aftermath was crushing as apathy consigned the festival to obscurity.

Realizing the star-studded festival would see the intersection of so many cultural forces, producer Hal Tulchin had the foresight to cover it with many carefully placed cameras to give it the professional polish it needed to make great television.

Alas, while Woodstock, which took place in the same time period, would go on to leave a huge cultural footprint, the footage of the Harlem Cultural Festival found no takers. Nobody saw ratings in the “black Woodstock”, we learn to sad images of the forgotten stacks of videotape reels.

So we can be thankful how something destined to fade has been pulled back from the abyss and given new life, its purpose not only to allow us to experience the event, but to remind us how the calls for equality and respect voiced in the film sadly carry renewed meaning and urgency today.

Alas, that surely was the one thing about the film that should have faded.