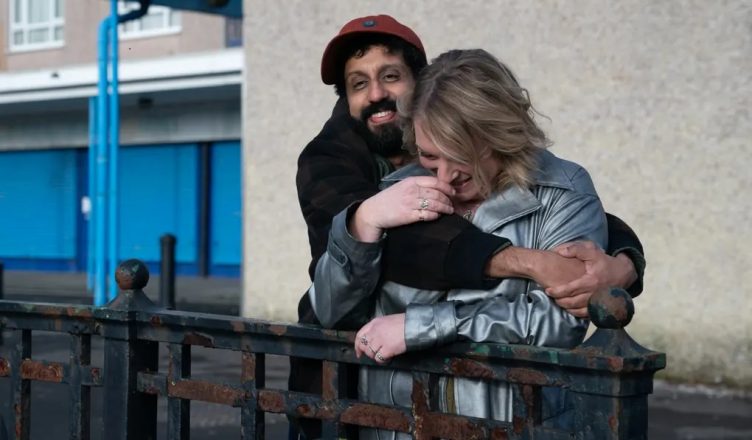 ALI & AVA *** (94 minutes) M
In the typically dank English working-class town of Bradford – does the sun ever shine on British suburbia? – a high-spirited odd-couple friendship forms between Ali (Adeel Akhtar), a house music-loving landlord and the much-older Ava (Claire Rushbrook), a teaching assistant and grandmother.

Both have unhappy backstories and emotional round holes in their lives, but slowly discover how the other just might be the square peg they need, age difference be damned.

Taking a social realist tack, writer/director Clio Barnard keeps the charged romantic drama on simmer much of the time, bringing matters to the boil in several well-judged scenes of confrontation as the conflicting views in both their families hit home.

Blessed with two terrific, heartfelt central performances – some might recall Rushbrook as the daughter Roxanne in Mike Leigh’s 1997 film Secrets and Lies – Ali & Ava is a winning, small-scale tale of love, healing and connection that shows how love makes nonsense of the artificial distances created by age and culture.

The “learn something; it’ll be good for you, you young ruffian” story arc is as predictable as you’d expect – again, the far-reaching influence of To Sir, With Love is in evidence, as it was with Kitchen Brigade – yet dispatched with a reasonable amount of sincerity and low-voltage messaging as the self-doubting Jade finds some direction in her young life, and Esther finds some in her not-so-young one.